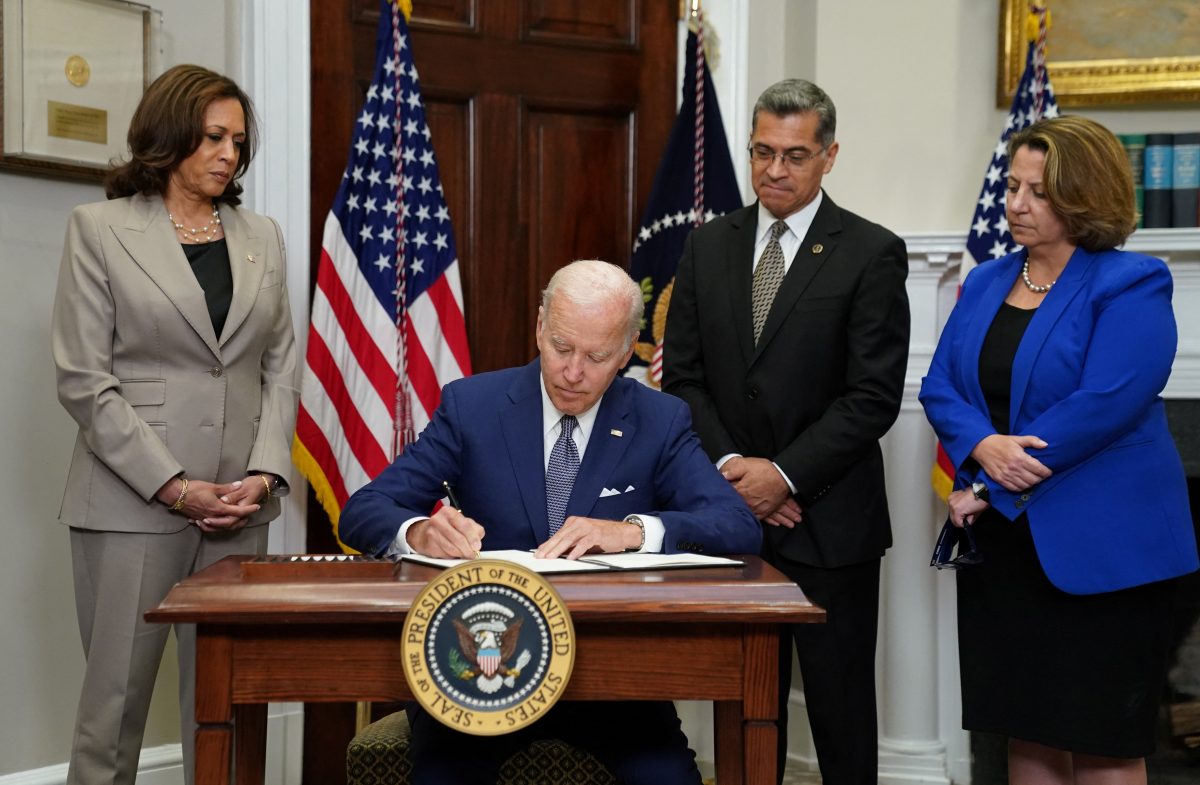 The U.S. bishops’ pro-life chairman said it is “deeply disturbing and tragic” that President Joe Biden has chosen to use his power as the nation’s chief executive “to promote and facilitate abortion in our country” than support resources for pregnant women in need.

Biden is “seeking every possible avenue to deny unborn children their most basic human and civil right, the right to life,” said Baltimore Archbishop William E. Lori, chairman of the U.S. Conference of Catholic Bishops’ Committee on Pro-Life Activities.

“Rather than using the power of the executive branch to increase support and care to mothers and babies, the president’s executive order seeks only to facilitate the destruction of defenseless, voiceless human beings,” he said in a statement given on 9th July.

A day earlier, Biden signed an executive order to safeguard access to medication abortion and emergency contraception; protect patient privacy; launch public education efforts; and strengthen “the security of and the legal options available to those seeking and providing abortion services.”

Before signing his executive order, Biden condemned what he called the “extreme” Supreme Court majority for overturning Roe v. Wade.

The ruling sends the issue of abortion back to the states.

“In response to the Dobbs decision,” Archbishop Lori said in his statement, “I called for the healing of wounds and repairing of social divisions, for reasoned reflection and civil dialogue, and for coming together to build a society and economy that supports marriages and families, and where every woman has the support and resources she needs to bring her child into this world in love.”

“And as religious leaders, we pledged ourselves to continue our service to God’s great plan of love for the human person, and to work with our fellow citizens to fulfill America’s promise to guarantee the right to life, liberty and the pursuit of happiness for all people,” he added.

“I implore the president to abandon this path that leads to death and destruction and to choose life,” Archbishop Lori said. “As always, the Catholic Church stands ready to work with this administration and all elected officials to protect the right to life of every human being and to ensure that pregnant and parenting mothers are fully supported in the care of their children before and after birth.”

Biden called the Dobbs decision an “exercise in raw political power,” but in writing for the majority, Justice Samuel Alito said: “The Constitution makes no reference to abortion, and no such right is implicitly protected by any constitutional provision.”

“It’s outrageous. I don’t care what your position is (on abortion), it’s outrageous and it’s dangerous,” said Biden, a Catholic who supports legal abortion. He said his executive order was a necessary response to the ruling.

Carol Tobias, president of National Right to Life, said Biden’s executive order “confirmed the White House is working to appease the abortion lobby to the detriment of women and their unborn children.”

“On no other issue, from inflation to high gas prices, have President Biden and pro-abortion Democrats put forward so much effort as they have on abortion,” she said in a statement given on 8th July.

Biden “seems to think that Americans’ problems can only be solved by killing (the nation’s) children by abortion,” she said.

“The Biden administration and congressional Democrats continue to promote abortion up until birth,” said Tobias. “Despite the rhetoric, nothing this administration does is going to help women and their unborn children.”

She also took issue with a scenario Biden laid out in remarks he made before signing the executive order. He said a woman facing “a life-threatening miscarriage” who goes to the emergency room will be denied care because doctors and hospital lawyers will fear they will be penalised for helping her now that Roe has been overturned.

“Misinformation and deceptive statements permeated the president’s speech today,” said Tobias, noting that pro-life legislation “explicitly makes clear that treatment for miscarriages does not fall under the legal meaning of abortion.”

In addition, she said, no law exists that outlaws the treatment of ectopic pregnancies.

She added that “the pro-life movement is vehemently opposed to women being prosecuted for having or seeking an abortion. An open letter to state legislators stating the opposition of the movement to the prosecution of women was signed by over 70 pro-life groups.”

To underscore what he said was the need for his order, before signing it Biden repeated a news story first reported on 1st July by The Indianapolis Star daily newspaper and carried by a number of news outlets, that a 10-year-old girl in Ohio who became pregnant as the result of a rape, allegedly had to travel across state lines to Indiana get an abortion. Ohio has banned abortions after about six weeks of pregnancy.

But hours after his remarks, The Washington Post reported what others were already saying, that the story “is highly dubious.”

In a statement given on 8th July, Judie Brown, president of the American Life League, quoted Biden from some years ago: “America is the promised land, because each generation bequeathed to its children a promise, a promise that they might not come to enjoy but which they fully expected their offspring to fulfill. So, the words ‘all men are created equal’ took a life of its own, ultimately destined to end slavery and enfranchise women.”

“Today Joe Biden embraces the act of killing children by acts of abortion and apparently has forgotten the meaning of ‘all men are created equal,'” Brown said.

“In the latest phase of his career, he has alienated women who appreciate their ability to give birth to children and he has focused on enslaving the culture to hedonism by his advocacy of contraception, homosexuality and abortion,” she continued. “No wonder folks are confused. Which Joe Biden will we see next?”

During his years in the U.S. Senate, Biden was considered a moderate on abortion. In 2006, ahead of his 2008 run for the presidency, he described being an “odd man out” with Democrats on abortion.

In 2019, he confirmed his longtime support for the Hyde Amendment, which prohibits federal tax dollars being used to pay for abortion except in cases of rape or incest and to save the life of the mother. But when he was criticised for this position, he reversed it.