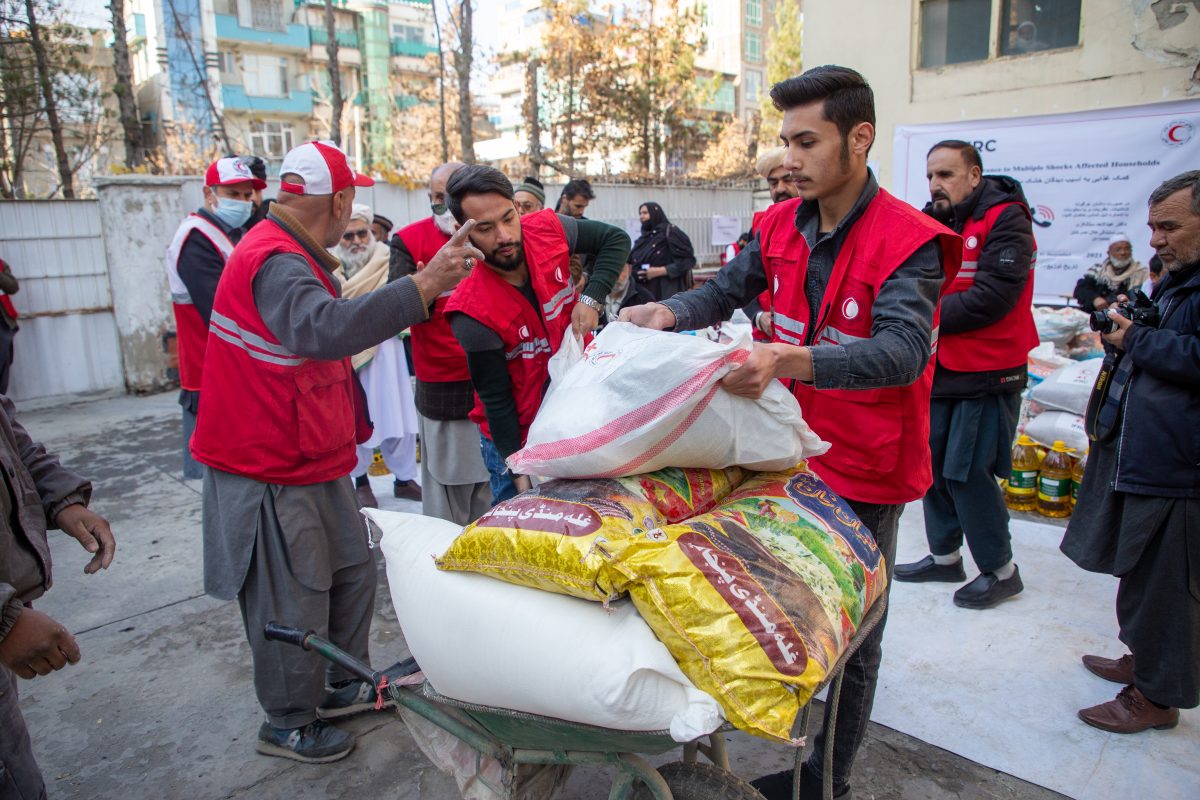 As millions of people in Afghanistan face winter without food or shelter, CAFOD is joining forces with the Disasters Emergency Committee (DEC) to give help.

Drought and conflict have left more than 22 million people, over half the population, facing starvation this winter. The UN World Food Programme (WFP) say the situation is “fast becoming the world’s largest humanitarian crisis”.

More than eight million people are facing famine, with a million children under the age of five at risk of dying over the next three months.

“A deadly combination of conflict and political turmoil, climate change and Covid has left millions of people in Afghanistan in desperate need of humanitarian aid,” said Rhea Tariq, CAFOD’s Head of Humanitarian Response. “As always, it’s the most vulnerable – women and children – who are paying the biggest price.

“With winter closing in, families have little to eat. Economic collapse and rising prices are leaving families unable to purchase fuel for heating or food and other essential supplies. The humanitarian community will need to support the life-saving emergency work of local and national organisations inside Afghanistan.”

The humanitarian situation has deteriorated since mid-August, when the Taliban took control of Afghanistan following the rapid withdrawal of Western forces. Much of the country has experienced two droughts in the last four years.

The BBC, ITV, Channel 4, Channel 5 and Sky broadcast appeals on Wednesday 15 December following the news in support of DEC fundraising. Appeals are also being broadcast on BBC and commercial radio.

Jo Kitterick, CAFOD’s Director of Fundraising and Community Participation, spoke of the appeal.

“At the heart of our Catholic communities across England and Wales is an amazing compassion and generosity in response to the suffering of our sisters and brothers,” she said.

“To date the enormous response to the crisis in Afghanistan from our supporters has been humbling. Parishes and individuals have donated, fundraised and prayed for the people of Afghanistan who face extreme hunger,” she added.

“Our common humanity calls on us to respond to suffering. In doing so we express hope through the vital support we can deliver.”

Omicron: Get Vaccines And Wrap Up In Church, Say Bishops
Previous Post
Pro-life groups: Suicide pod is “horrifying” and “sinister”