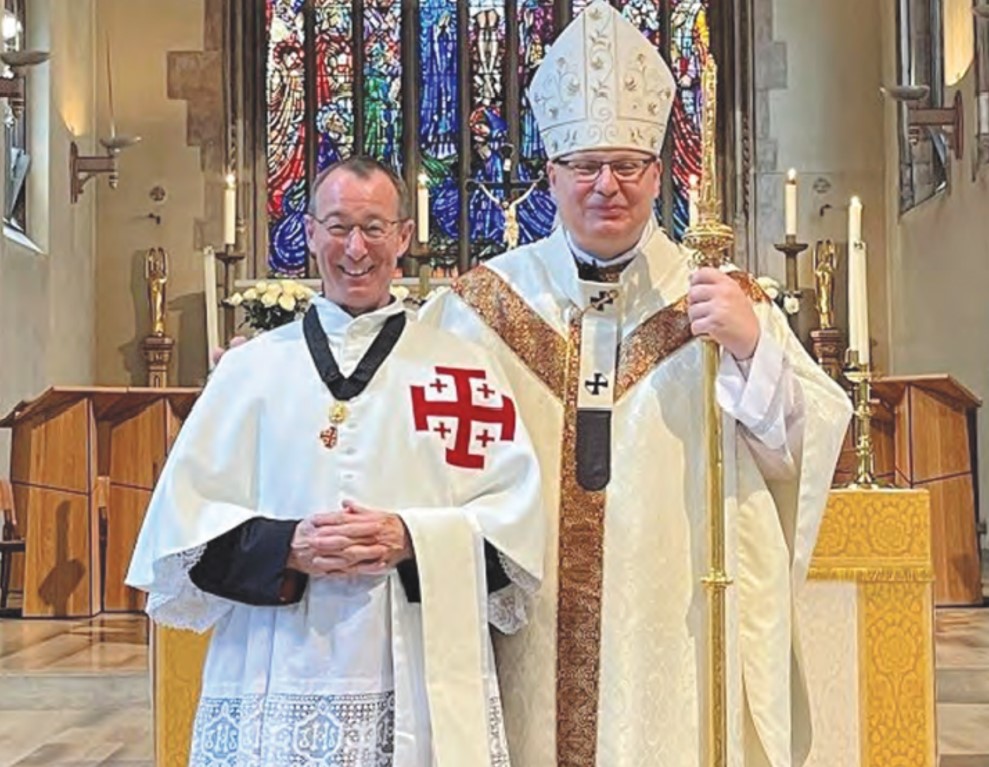 The Catholic Dean of the Bailiwick of Guernsey, Canon Christopher Rutledge, has been invested as an Ecclesiastical Knight of the Equestrian Order of the Holy Sepulchre of Jerusalem (Lieutenancy of England and Wales) at the Metropolitan Cathedral of St George at Southwark.

The investiture was carried out by the Grand Prior of the Lieutenancy, Archbishop John Wilson KC HS. The Order is an ancient institution under the protection of the Holy See.

Just how far back it goes is unclear. Some note a historical mention in 1336, while others trace the origin of the order back to 1099 during the Crusades.

Once responsible for the defence of the Holy Land, the order was reconstituted under Pope Pius IX who tasked it with providing material and spiritual support to the Latin Patriarchate (similar to a diocese) of Jerusalem.

The EOHSJ has over 30,000 members in nearly 40 countries and, at its heart, has an individual commitment to personal spiritual development with the collective endeavour of supporting the Church and Christian people across the Latin Patriarchate of Jerusalem – which includes Cyprus, Jordan and the Holy Land.

Membership is often by invitation and includes a period of formation with each member being approved by the Grand Magisterium in Rome.

Knights and Dames are distinguished by the practice of their Catholic faith, living by high standards of morality, their involvement in the Church at parish and diocesan levels, their willingness to engage in the apostolate of the order, their ecumenical spirit and active interest in the needs and problems of the Holy Land.

Canon Chris was very humbled to be invited to join this ancient Order and he will be a loyal Knight of the Holy Sepulchre.

May the Lord bless his work within the Order.