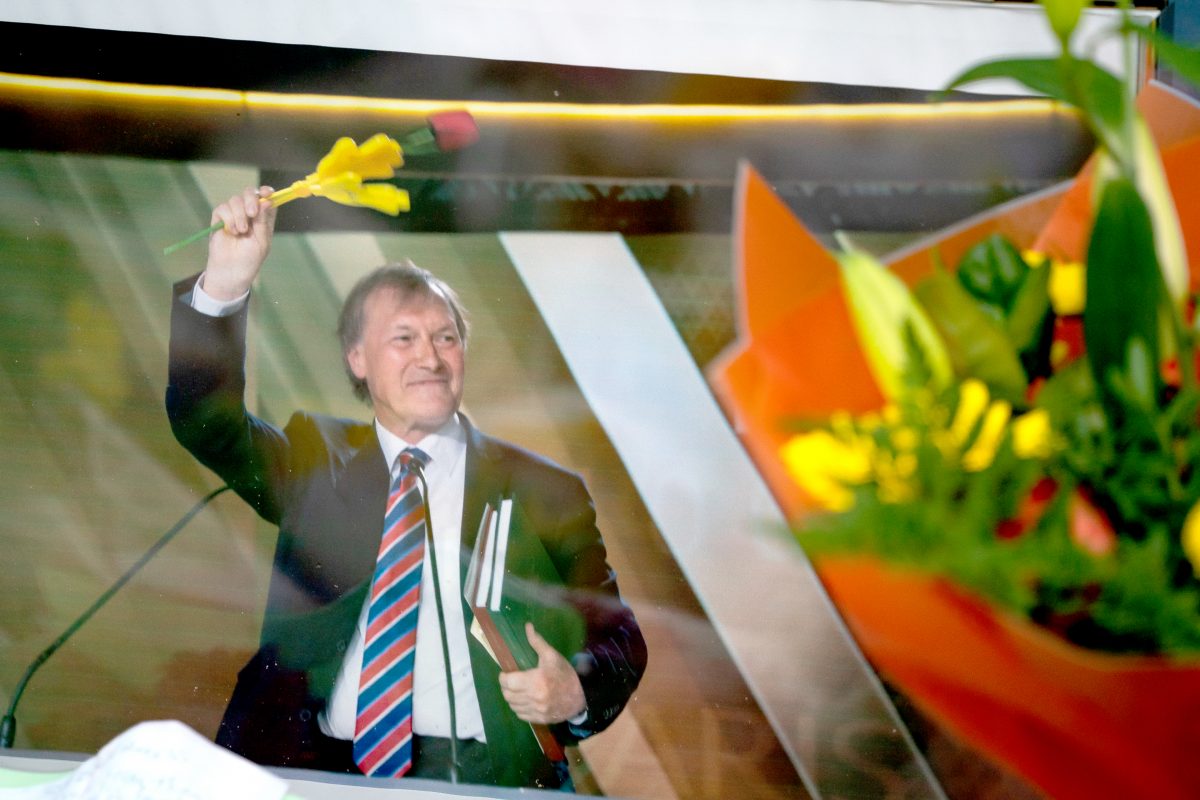 Tributes have poured in from the Catholic community and beyond for Sir David Amess MP, who was stabbed to death on 15 October.

Cardinal Vincent Nichols said: “I was shocked and saddened to learn of the killing of Sir David Amess MP, while serving his constituents and country. I pray for the repose of his soul, and for his family and constituents who grieve for him. May he rest in peace.”

Lord David Alton, a friend and parliamentary colleague of Sir David, reacted with ‘profound sorrow’ to the news.

“This horrific attack has not only robbed David of his life but its reverberations will have devastating consequences for his family and loved ones, ” he said.

“My thoughts are with Julia (his wife) and their children.  May he now rest in peace.”

Sir David’s family have responded to the news by paying tribute to a ‘wonderful and inspiring’ man, and calling for peace, in a statement.

“We ask people to set aside their differences and show kindness and love to all. This is the only way forward,” the statement read.

“We are absolutely broken, but we will survive and carry on for the sake of a wonderful and inspiring man.”

He paid tribute to the ‘marvellous support’ Sir David gave him- even inviting him to say Mass in the House of Commons chapel.

“I’m shaking talking to you at the moment because I can’t even begin to understand why this has happened,” Father Woolnough told the BBC.

“What he’s brought to his area is a friendship to everyone who wants his ear and he’s died doing that, that’s the remarkable thing. He’s died serving the people.”

Margaret Mizen, whose teenage son Jimmy was tragically killed in 2008, said: “I am so  saddened to learn of the killing of Sir David Amess MP, while serving his constituents. I pray for his family and constituents who grieve for him. This world is filled with anger and it’s so hard to understand.”

Sir David was a keen supporter of pro-life causes. Responding to the news, pro-life group SPUC paid tribute to his efforts to build a ‘culture of life’:

“SPUC is horrified to learn of the murder of Sir David Amess MP.

“Sir David was a great friend of SPUC and staunch defender of the dignity of every human life. Let us remember Sir David and all that he did in trying to restore a culture of life in the United Kingdom. Please keep Sir David and his family in your thoughts and prayers during this time.”