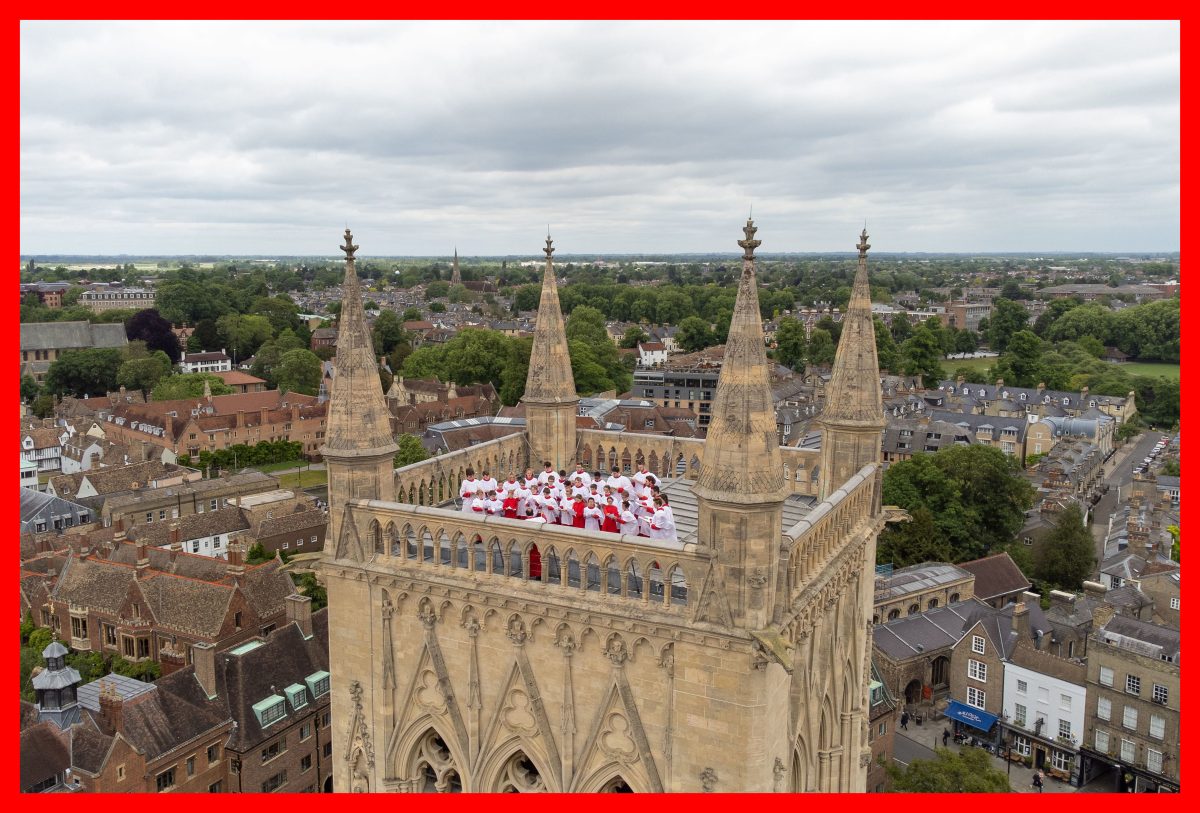 A choir sang from the rooftop of St John’s College Chapel tower in Cambridge to mark Ascension Day, continuing a tradition that dates back to 1902.

Ascension Day celebrates the Ascension of Jesus into heaven, 40 days after his resurrection at Easter.

Each year, members of the choir at St John’s climb the 163ft spiral staircase to the top of the tower to sing the Ascension Day carol.

The tradition began after a conversation between composer Cyril Rootham and a fellow at the college, Sir Joseph Larmor, who insisted a choir singing from the top of the tower would not be heard on the ground.

Mr Rootham proved Sir Joseph wrong after arranging for a choir to climb to the rooftop and sing without telling anyone.

One of the probationers, Amelia, 10, said: “It was amazing. It was really exciting getting to sing with the rest of the boys up at the top of the tower.”

Three joined rehearsals as probationers on April 26, a move described by director Andrew Nethsingha as a “big moment for the history of the choir”.

Mr Nethsingha said the choir is “currently the only Oxbridge choir to have both male and female singers amongst the children and also amongst the students”.

Choristers are between eight and 13 years old, with adult choral scholars aged 18 and older – most of them undergraduate students and some postgraduates.

“This decision is another step in the evolution of the choir, which is constantly developing,” Mr Nethsingha said.

“There was a small amount of criticism but the positive reaction by far outweighed this.”

The total number of choristers in the choir varies between 20 and 25, Mr Nethsingha said, with three girls joining this term, increasing to five girls next term.

He said the number of girl choristers will “gradually increase” and “in about three years’ time I anticipate the boy/girl proportions being roughly equal”.

Mr Nethsingha said all choristers start as probationers and it will be a “little while” until the girls are singing in services.

“We felt that extending the membership to talented female singers would create an exceptional new musical opportunity for women and girls.

“I am really proud of what we are doing and I think it is a very positive change to have introduced.

Choristers rehearse before school five mornings per week and sing six services in the chapel each week.

Texas shooting: Pope prays for victims and calls for stricter gun laws
Previous Post
Pope, with Ukrainian families, to lead rosary for peace on 31st May