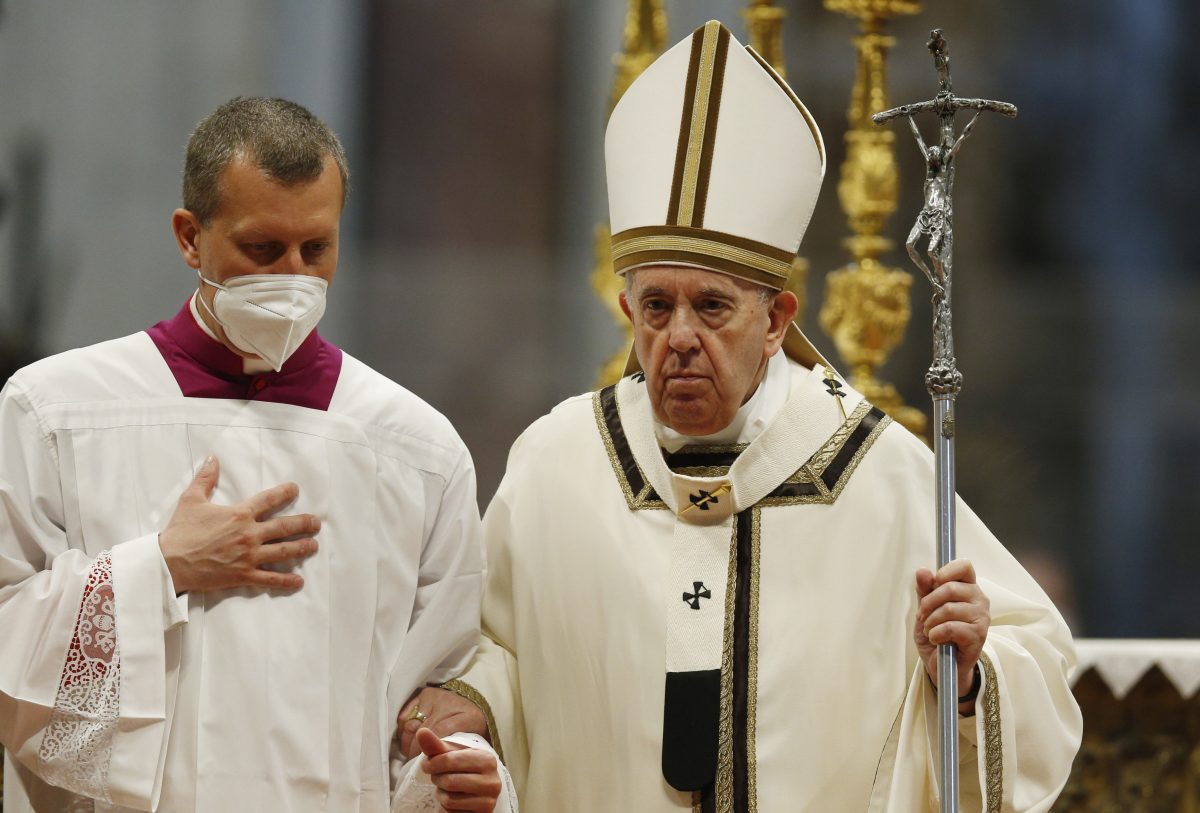 Church’s mission is not about numbers, but evangelising, pope says

The Catholic Church in Europe and other places will, as retired Pope Benedict XVI had said, be smaller and less influential, but the church’s mission and joy is not to increase numbers but to share the Gospel, Pope Francis told Jesuits in Malta.

“What is the vocation of the church? It is not numbers. It is to evangelise,” the pope told his Jesuit confreres on 3rd April. “The real problem is not whether we are few, but whether the church evangelises.”

The pope met with 38 Jesuits from Malta during his two-day visit to the island nation. As has become the practice when the pope meets Jesuits during a foreign trip, a transcript of his remarks was released later by the Jesuit journal La Civiltà Cattolica.

According to the transcript of the Malta meeting, published on 14th April, a Jesuit asked the pope if he thought the church would be smaller, but “humbler and more authentic.”

“Pope Benedict was a prophet of this church of the future, a church that will become smaller, that will lose many privileges, will be humbler and more authentic and will find energy for what is essential,” he responded.

“It will be a more spiritual, poorer and less political church: a church of the little ones,” the pope said. “As a bishop, Benedict had said: let us prepare to be a smaller church. This is one of his richest insights.”

In the book-length interview, “Salt of the Earth,” published in 1997 before he was pope, then-Cardinal Joseph Ratzinger had said: “Maybe we are facing a new and different kind of epoch in the church’s history, where Christianity will again be characterised more by the mustard seed, where it will exist in small, seemingly insignificant groups that nonetheless live an intense struggle against evil and bring good into the world — that let God in.”

Pope Francis said that, when the cardinals met after Pope Benedict resigned, they spoke of the need for the church to reach out. “In Revelation it says: ‘I stand at the door and knock,’ but today the Lord is knocking from within so that we let him out. This is the need of today, the vocation of the Church today.”

The Catholic Church in Europe, he said, also will need “to get used to” having fewer priestly vocations, “but we have to do it creatively, so as to acquire vocations with the qualities that you mentioned in your question for the church in general: humility, service, authenticity.”

Pope Francis also was asked about the process for the Synod of Bishops in 2023 and progress in making the church itself more “synodal.”

“We are moving ahead and there is no turning back,” the pope responded.

Pope Francis said that, as a cardinal at the Synod of Bishops in 2001, when he replaced Cardinal Edward M. Egan of New York as general realtor of the synod because Cardinal Egan returned home after the attack on the World Trade Centre, he had to collect and organise the input from the small groups.

“The synod secretariat examined them and said to remove this or that thing that was approved in by a vote in the various groups,” the pope said. “There were things they did not consider opportune. Clearly, they did not understand what a synod was.”

Another Jesuit asked Pope Francis what his “consolations and desolations” were regarding the synod process, referring to the Ignatian practice of looking at how different events either help one see God at work increasing faith, hope, love and peace or increasing a sense of doubt, fear and frustration.

The synod processes bring both, the pope responded.

“I will give you just one example: in the first sessions of the Synod for the Amazon (in 2019) there was a lot of focus on the question of married priests. Then the Spirit made us realise that many other things were missing: catechists, permanent deacons, seminaries for the Indigenous, priests coming from other dioceses or being moved within the same diocese. All this has been experienced amid consolations and desolations. This is the spiritual dynamic of the synod.”

Picture: Pope Francis holds onto the arm of an assistant as he leaves at the conclusion of the Holy Thursday chrism Mass in St. Peter’s Basilica at the Vatican on 14th April 2022. (CNS photo/Paul Haring)