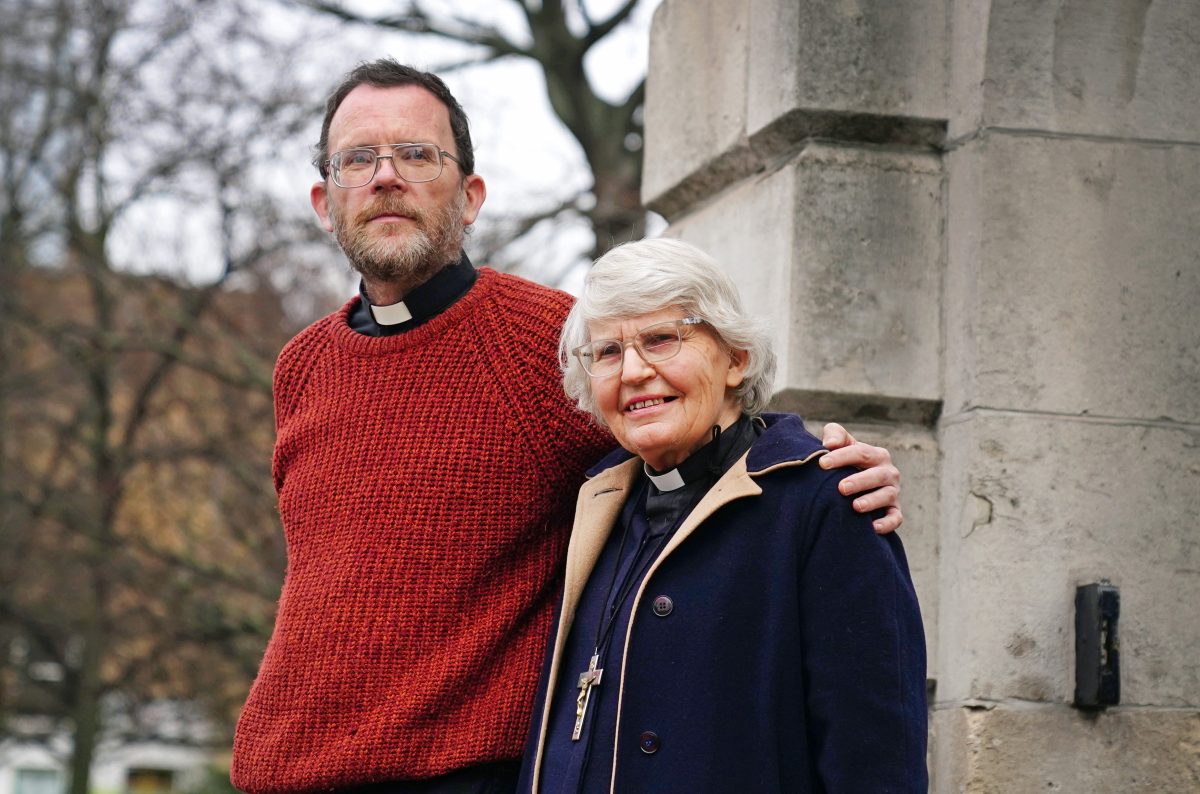 Catholic Extinction Rebellion activists who were cleared over a 2019 stunt which saw them disrupt rush-hour trains in central London said they feel “vindicated” by the jury’s decision – and hope it will inspire others to take similar action.

Father Martin Newell, 54, and former university lecturer Philip Kingston, 85, both Catholics, were joined by Anglican priest, Reverend Sue Parfitt, 79. They were unanimously acquitted at Inner London Crown Court of obstructing the railway following their protest at Shadwell Station on October 17 2019.

Mr Kingston superglued his hand to a Docklands Light Railway (DLR) train, while Rev Parfitt and Father Newell climbed on the roof and said prayers for the planet, shortly before 7am.

Speaking outside the court on Friday, Father Newell said he is prepared for further action and would risk going to prison in the future. “I’m very grateful to the jury for acting on their conscience and hearing the issues that we wanted to raise in the original action two-and-a-half years ago,” he said. “The climate emergency is the biggest issue facing the human race in our time and nothing is more important than dealing with that. Despite the words that many governments have said about it being urgent, they’re just not doing it.”

Reverend Parfitt said she felt the verdict showed the protest had been “the right thing to do”.

She said: “It’s wonderful that the jury saw the bigger picture, that the court has vindicated our action, and we hope it in some small way inspires others to feel that there may be sacrifices to be made, perhaps particularly by people of faith.

“We have to do whatever it takes to try our best to enable the people on this earth to change direction radically so that we live differently and we live in a better way.

“We are in an extreme and dire emergency in terms of our civilisation and our human and non-human species on the planet, and we have to have action from the governments of the world.”

Mike Schwarz, solicitor at the law firm Hodge Jones and Allen, which represented the defendants, said: “There is mounting evidence from the courts – and in particular from juries – that the public is taking the climate crisis and the increasingly urgent need to focus on it far more seriously than government and business. This verdict is part of this escalating pattern.”

The trio said they were strongly motivated by their Christian faith, while Mr Kingston said the futures of his four grandchildren also prompted him to take part in the protest.

In what they said was an attempt to appeal to the public and the Government about the dangers of climate change and the financial institutions whose actions damage the planet, they targeted a train one stop away from Bank in the City of London’s financial district.

Some 15 trains were delayed or cancelled but none were stuck in tunnels.

This was partly because, according to the activists, they had planned the demonstration to ensure there was no risk to public safety by taking certain measures, including targeting a station above ground and having 10 more Extinction Rebellion activists on the platform to ensure violence did not erupt.

Rev Parfitt had previously vowed to continue protesting after being found guilty by a district judge at City of London Magistrates’ Court in February 2020 of refusing to obey a police banning order preventing protesters from demonstrating at Oxford Circus and Waterloo Bridge in London in April 2019.

Picture: Extinction Rebellion activists Father Martin Newell and Reverend Sue Parfitt, 79, outside Inner London Crown Court, south east London, where they, and former university lecturer Philip Kingston, 85, have been unanimously acquitted by a jury over a 2019 stunt which saw them cause 77 minutes of disruption to a central London train. Issue date: Friday January 14, 2022.PA Wire/PA Images Picture by: Victoria Jones