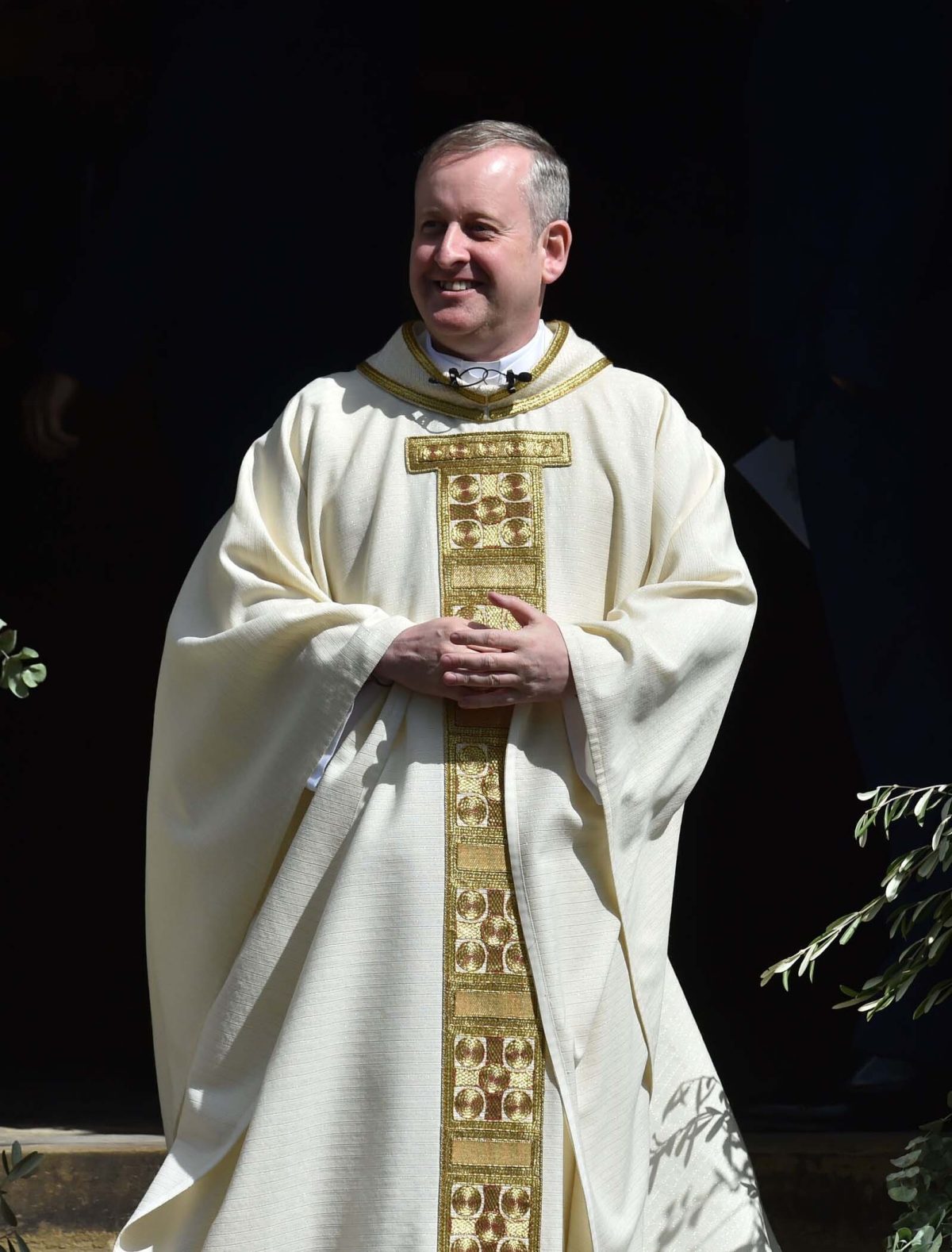 The diocese of Hexham and Newcastle confirmed the news that Father Dermott Donnelly died peacefully in hospital on Friday afternoon.

A statement from the diocese said: “It is with great sadness that we have to inform you of the death of Fr Dermott Donnelly, who died peacefully this afternoon in hospital.

“This has come as a great shock to all of us.

“Please pray for the repose of his soul and keep his family, especially his mother, in your prayers at this difficult time.”

Hexham and Newcastle bishop Robert Byrne said he will be “greatly missed in the diocese for his sterling work with youth, on both a diocesan and national level”.

He added: “He was a good and faithful priest.”

Reacting to the news, Declan Donnelly said he is “heartbroken”. The TV presenter, 46, wrote on Twitter: “I am heartbroken to tell you that my darling brother Fr Dermott, @TweeterPriest, sadly passed away this afternoon. We are all beyond devastated. Thank you for your messages of sympathy and support, they are appreciated.”

TV star McPartlin, 46, wrote on Twitter: “Fr Dermott you were the kindest, wisest man I knew. Rest in peace my friend. You will never be forgotten.

“My thoughts, prayers and love are with your wonderful family.

“The world has lost a special man. X A.”

Stanley, Dipton & Byermoor Catholic Parishes, where Fr Dermott served as parish priest,﻿ also shared the news and asked for parishioners to “pray for the repose of his soul”.

It had said earlier on Friday that Father Dermott was “extremely unwell” in hospital and had requested prayers for him.

Bishop Robert pinpointed Father Dermott’s ‘energy’ and ‘enthusiasm’ as qualities which will be missed.

“Fr Dermott had only recently celebrated his 30th anniversary of service to parish, community, Diocese and our faith,” the bishop said.

“He will be sorely missed for his energy, enthusiasm and ability to engage with all who met him. This is particularly true of his work with young people and youth ministry in the Diocese – bringing many disadvantaged and dispirited young people to Christ and Catholicism.”

“Fr. Dermott truly lived his faith, and in doing so gave so much to others. It is with great gratitude that we will remember him and all he selflessly gave,” he added.

“Having been born and bred in the Diocese, Fr Dermott was known to many – from his own large extended family, to the local communities he grew up in and later served, his fellow priests and many, many more. Our prayers and condolences go out to those who will be grieving so strongly at this moment. “

Many took to social media in an outpouring of love in response to the sad news. Writing on Facebook, Benedicto Da Silva posted: “Oh no. So sorry to hear that. Amazing person and priest. Rest in peace Fr. Dermott Donnelly. Keeping him and all his family in our prayers.”

Elizabeth Gray called him ‘a lovely priest’.  “God rest his soul and my deepest condolences to his family at this sad time,” she wrote. Anne Hughes also referred to his priesthood, saying: “May he rest in peace. Thanks be to God for the gift of his priesthood.”

Young people also posted their own tributes. Liam Waugh from the diocese of Hexham and Newcastle referred to Fr. Dermott as ‘a true inspiration to me in my journey in faith and much more including my awards night where I received my ‘Pope John Paul II Award’ and ‘Papal Cross Award’ and having the opportunity to serve Mass with you.’

“Thinking about him and his family in my prayers and thoughts. RIP Fr Dermott Donnelly,” he added.

Father Dermott was a priest for 30 years. The diocese said that news of the funeral arrangements will be announced in due course.