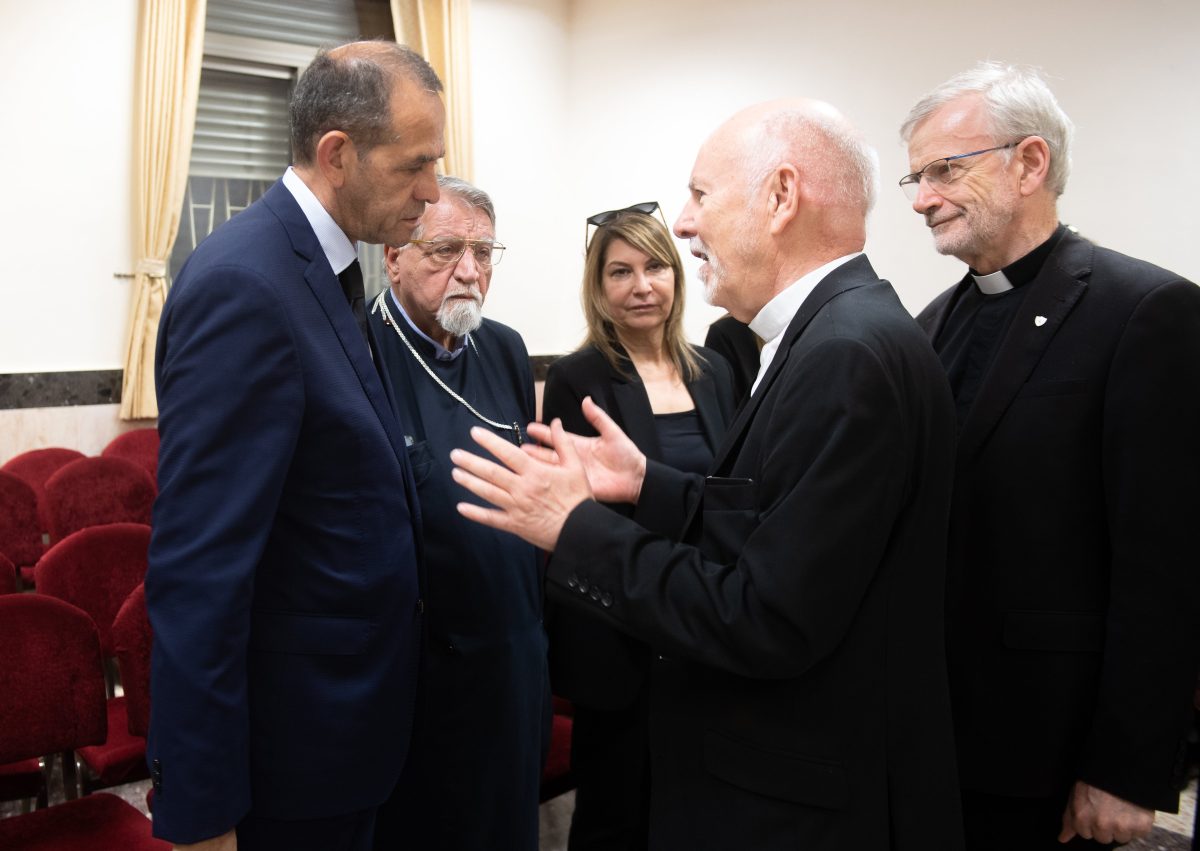 Christians must be able to remain in Jerusalem, say visiting bishops

The presence of the Christian community is indispensable to the identity of Jerusalem, considered holy by all three Abrahamic faiths, several European bishops said at the end of a visit to the Holy Land.

“Jerusalem is a Jewish city, a Christian city, a Muslim city. It must remain a common patrimony and never become the exclusive monopoly of any one religion,” they said in a statement on 26th May. “The Christian community is essential to Jerusalem’s identity, both now and for the future.”

The Holy Land Coordination, as the annual visit is known, was set up at the end of the 20th century at the invitation of the Holy See. The purpose was to visit and support the local Christian communities of the Holy Land. Normally, it takes place at the beginning of the year. As two years of COVID-19 travel restrictions were lifted, a partial delegation of bishops made their 2022 visit in Jerusalem from 21st-26th May.

The bishops said they share in the concerns of the Christian community whose continued presence is “threatened by occupation and injustice,” including intimidation by settler groups, restriction on their freedom of movement and separation from family members because of the ID status they are assigned by Israel, depending on where they were born or live.

During their visit, the bishops met with Archbishop Pierbattista Pizzaballa, Latin patriarch of Jerusalem, as well as the family of Shereen Abu Akleh, the Catholic Palestinian journalist killed in Jenin, and visited the St. Rachel Center day care for the children of migrants and asylum-seekers. They also made pastoral visits to local parishes.

Archbishop Pizzaballa emphasised the importance of the Christian tradition of the role of Jerusalem as an open city.

“The gates are there to define the identities but not to defend from the others. This is a completely different perspective. We have to let people know that we want to be inclusive without canceling different identities,” he told the bishops.

He also called on the bishops to be agents of advocacy in their home communities.

“I think many people don’t know. So let people know and let people come here, because pilgrimages bring a lot of job opportunities and serenity in the life of many families,” he said.

The COVID-19 pandemic has compounded the poverty of many people whose livelihoods were devastated by the absence of pilgrims during the past two years, the bishops noted. As pilgrimages return to the Holy Land, they urged pilgrims to “support Christians in Jerusalem and throughout the Holy Land.”

“It is essential that all pilgrims understand and engage with the reality of life for the Christian community here. A true Holy Land pilgrimage should be a journey of faith, encounter and solidarity,” they said.

In their statement, the bishops noted the unilateral restrictions on the freedom of worship imposed by Israel, which limited the number of people who could participate in the Greek Orthodox Holy Fire Easter ceremony. They said they felt the “deep sorrow and anger” of local Christians at the killing of Abu Akleh and the “shameful attack” on mourners during her funeral on 13th May.

Still, among the challenges they witnessed, the bishops also experienced signs of hope, with Christian organizations taking responsibility for the well-being of their communities and the wider society, and young people who were determined to remain in the city despite facing daily violations of their human rights.

“Inspired by Christ our peace, all Christians must help preserve the city’s sacred character and promote an authentic vision for Jerusalem as a place of dialogue and unity,” the bishops said.