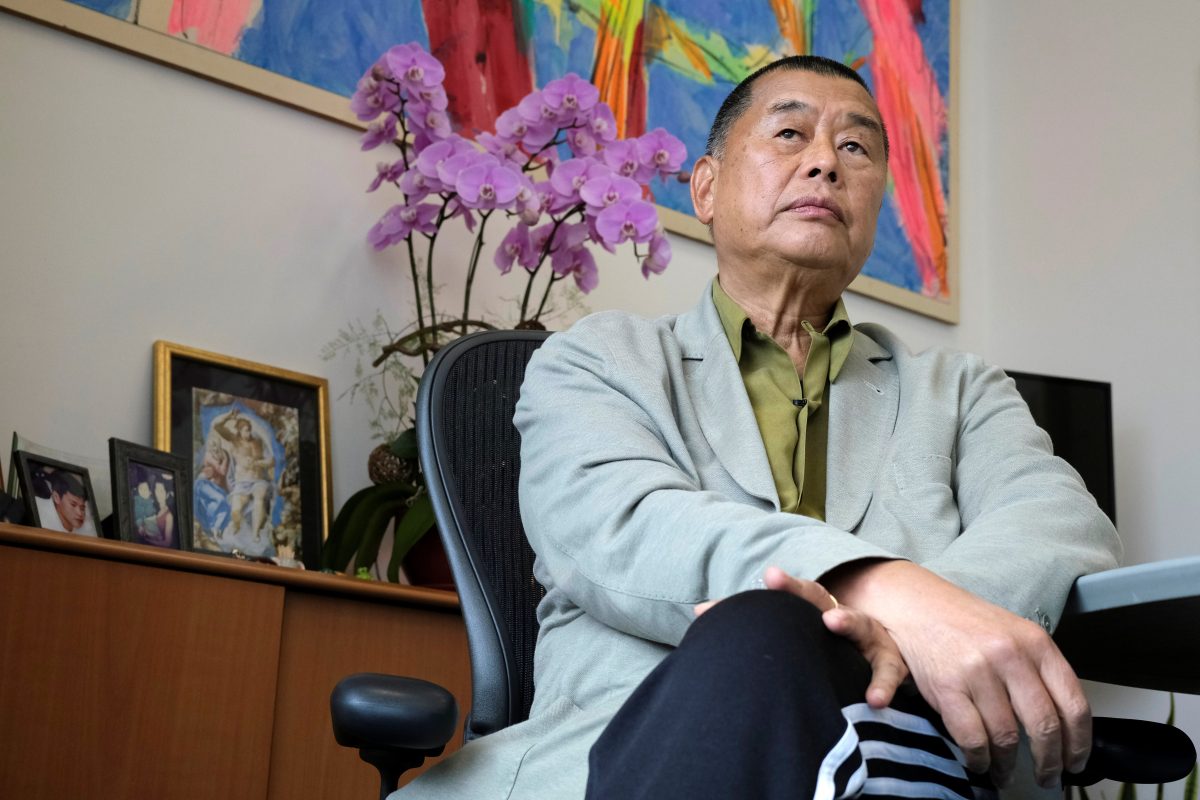 An international coalition of Christian leaders, including the president of the Federation of Asian Bishops’ Conferences, has appealed for the release of Hong Kong’s Catholic pro-democracy supporter Jimmy Lai and other imprisoned activists as part of a Chinese New Year amnesty.

“There is the very real prospect that Jimmy Lai may spend the rest of his years in prison. This would be a sad injustice and would raise unfortunate doubts as to China’s continued commitment to the ‘one country, two systems’ model and the tolerance it engenders,” the letter said.

Ucanews.com reported Father Franco Mella of the Pontifical Institute for Foreign Missions and the Rev. Fung Chi Wood, former Hong Kong legislator and a priest of the Hong Kong Anglican Church, handed the letter to Lam on 31st January.

Lai, the 74-year-old founder of the now-defunct Apple Daily newspaper, faces life imprisonment if found guilty of charges of foreign collusion, sedition and fraud under Hong Kong’s controversial national security law. Ucanews.com reported the letter said those charges were most concerning given the potential penalty of life imprisonment.

Lai is currently serving 20 months in jail for taking part in an unauthorized peaceful Tiananmen Square massacre vigil in June 2020.

The Christian leaders asked the authorities to drop the charges against him.

“We plead with you to have compassion on his life and well-being and to correct this injustice. We will continue to hope and pray for his eventual release as well as for the well-being and prosperity of Hong Kong and all the peoples of the whole Chinese nation,” the letter said.

Anglican Bishop Alan Smith of St. Albans, England, and a signatory to the letter, said “the deteriorating situation” in which Lai and others are detained with the threat of life in prison is “a terrible injustice.”

“In this festive season, Jimmy Lai should be celebrating with his family and loved ones. In the spirit of the Chinese New Year and the Christian principle of forgiveness, I hope this letter will speak to the humanity of those within the Hong Kong government to show mercy,” he said.

It made participating in or supporting the pro-democracy movement crimes of subversion and collusion with foreign organizations and allowed for those remanded to be extradited to mainland China. Punishment ranges between a minimum of three years and a maximum of life imprisonment.

The Christian leaders said Lai was exercising his rights to freedom of expression, thought and political association guaranteed to Hong Kong citizens under the Basic Law, the mini-constitution of the Chinese territory.

Picture: Catholic media tycoon and philanthropist Jimmy Lai is pictured in Hong Kong on 29th May 2020. An international coalition of Christian leaders has asked for the release of Lai and other imprisoned activists as part of a Chinese New Year amnesty. (CNS photo/Tyrone Siu, Reuters)