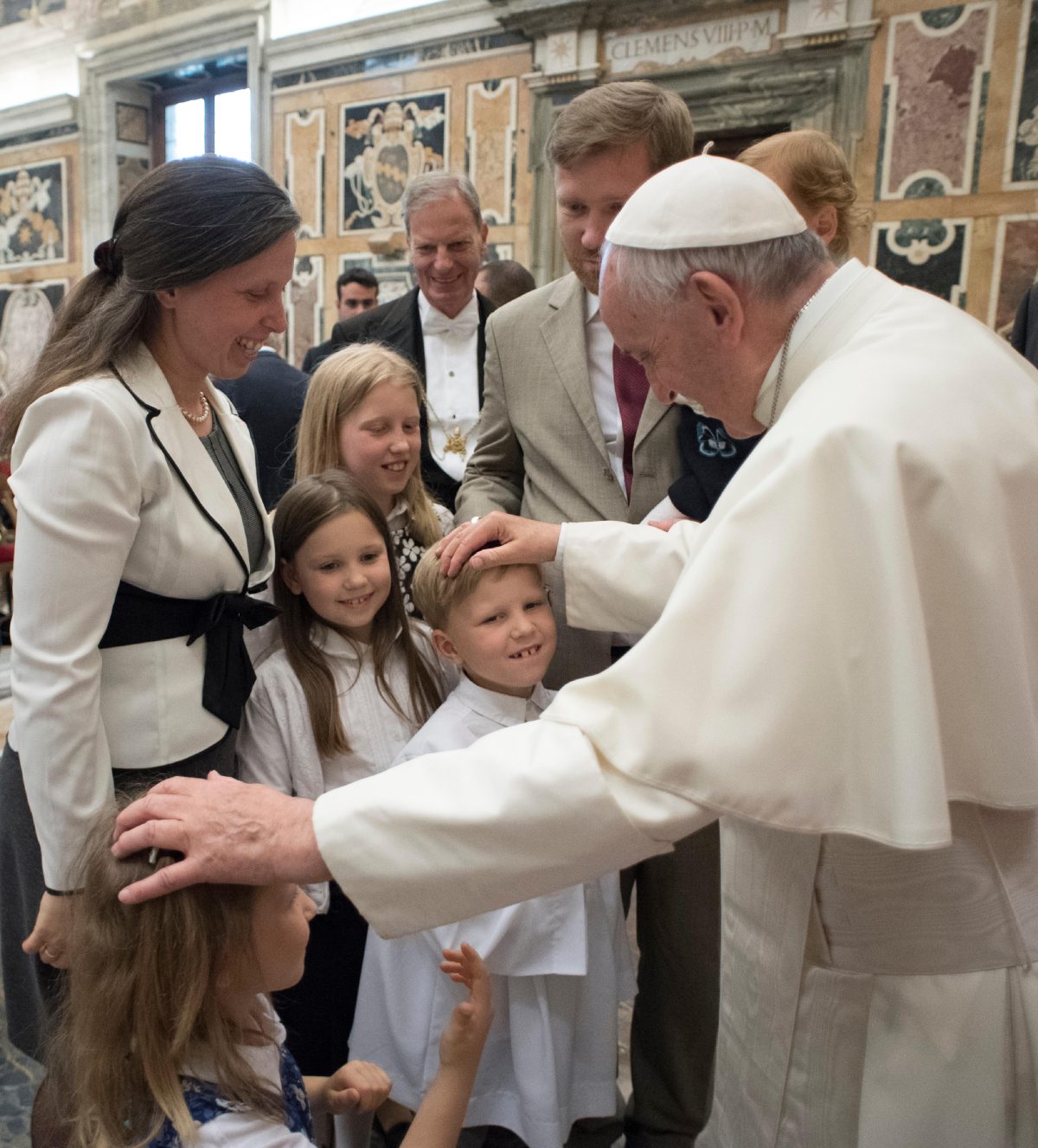 Pornography is a danger to public health, and it threatens the dignity of all men and women, Pope Francis said.

“The dignity of men and women is also threatened by the inhumane and increasingly widespread practice of ‘wombs for rent,’ in which women, almost always poor, are exploited, and children are treated as commodities,” he said.

The pope made his remarks in an address to members of the Federation of Catholic Family Associations in Europe during an audience held in the Vatican’s Clementine Hall on 10th June.

He said: “The scourge of pornography, now distributed everywhere over the internet, must be denounced as a permanent attack on the dignity of men and women.”

“It is not only a matter of protecting children, which is an urgent task for authorities and all of us, but also of declaring pornography a threat to public health,” he added.

“We would be seriously deluding ourselves were we to think that a society where an abnormal consumption of sex on the internet is rampant among adults could be capable of effectively protecting minors,” he said, quoting remarks he made in 2017 to a congress on child dignity in the digital world.

“Networks of families, in cooperation with schools and local communities, are key to preventing and combating this scourge and healing the wounds of those caught in the spiral of addiction,” he told federation members.

After underlining the threat surrogacy poses to human dignity, he reminded the federation members of their obligation “to give witness to unity and work for a peace that would be that great peace, at this moment in history when, unfortunately, there are many threats, and it is necessary to focus on what unites and not on what divides.”

He emphasised the serious problem of the “demographic winter” affecting Europe, and especially Italy. “It is serious. Be attentive! It is very serious. There is a very close link between this ‘generative poverty’ and the sense of the beauty of the family.”

With its increasingly aging population and low birth rate, Europe “cannot afford to talk about sustainability and it is increasingly struggling to be in solidarity. That is why you often emphasize that family policies should not be seen as instruments of the power of nations but are primarily rooted in the interest of families themselves,” he said.

Countries should be removing those obstacles preventing families from being fruitful, and they should recognise “that the family constitutes a common good to be rewarded” and has a positive impact on everyone, he said.

The Brussels-based federation, which was celebrating its 25th anniversary, is an umbrella organisation serving more than a dozen member organisations from 14 countries and eight associated members. It works to guarantee political representation of families for the European Union and the Council of Europe with policies based on the social teaching of the Catholic Church, “promoting the beauty of the family, its wealth and the dignity of each of its members,” according to its website.

Picture: Pope Francis greets children during an audience with representatives from the Federation of Catholic Family Associations in Europe at the Vatican. (CNS photo/L’Osservatore Romano)