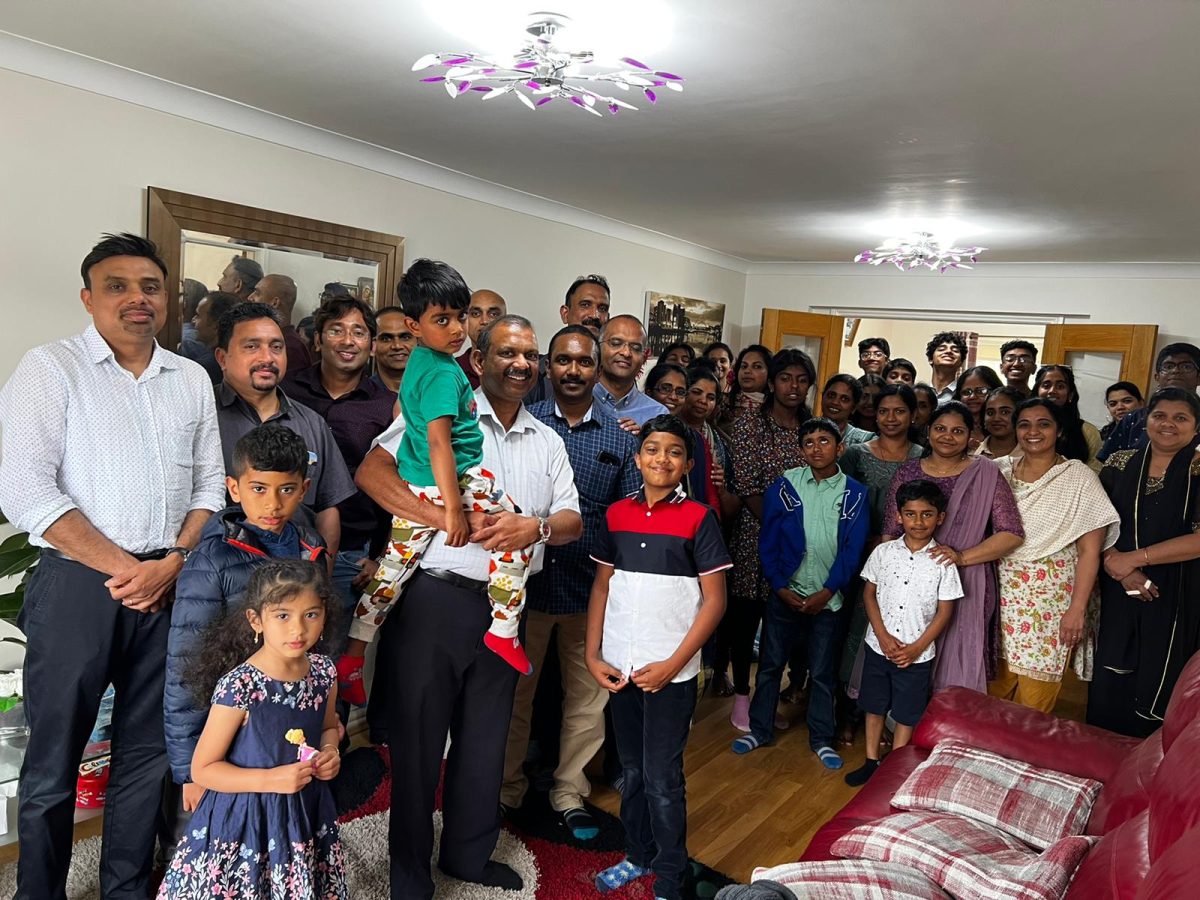 Faith is integral to so many Indian Catholic families who have lived in the UK since the turn of the millennium-and young people, especially, are very confident in expressing their faith, says Alison Rebello from Newcastle.

The Church in the Indian sub-continent seems to be “ever ancient, ever new.” Faith is deeply rooted in the Indian psyche. The historical and cultural background of India plays a pivotal role in shaping not only the economy but the spiritual nourishment of life. Christian people, stressed by particular circumstances, gain glimpses of the living God in fresh and unexpected ways.

It is not the case that a wholly different God is being discovered suddenly from the One believed in by previous generations. Some of the long forgotten, deep-rooted faith elements are being weaved into new relationships with an explosion of information breaking new grounds. The expectant result is that the depths of divine compassion are appreciated in ways not previously imagined.

Since the turn of the 21st century, the Indian people of faith-not only Catholics, but also other Christian denominations -are discovering, finding, and expressing this ancient beauty of faith in ever-new terms.  In particular, for the Catholics, to come to UK and to learn to say the Creed, basic prayers and say the responses during the Mass in English has been a difficult one for the majority of them. However, the way they have put in efforts to learn that, and  to reaffirm their faith, has truly been a God-sent gift.

Going slightly deeper than this, how is the faith life sustained among the Indian Diaspora in the UK? The Indian families have been faithful to God since the time of St Thomas, who is believed to have established seven churches across the state of Kerala.  The tradition continues to this day and, by and large, children follow what their parents and grandparents have taught them. Not only that; some of the impressions that they carry along, and put into practise, are what they have witnessed from the life of the older generation.

In many cases, despite wavering in faith a little due to peer pressure, the new generation sticks to the deep-rooted faith because of the faith that the parents practise. They also go to greater lengths to ensure that children are in sync and practise it themselves.

Numerous families have witnessed and testified to the power of prayer and miracles individually, and in the lives of their loved ones. When you have such a powerful testimony at home, they simply cannot forget Him, who saved them. In many parents’ cases when they have had difficulty with essential prayers in English, they took a U-turn and channelled their energies into teaching their children the basic prayers in English and, in the process, learnt it with the help of children.

And that’s how the majority of them now know the prayers of the Rosary, Litany, Hail Holy Queen, Memorare, St Michael the Archangel’s prayer and other essential prayers in English. Children can recite all these prayers even without referring to the books now because faith practised every single day at home sustains its growth. Since parents originally knew prayers in the vernacular only, the children have automatically learnt some of those vernacular prayers said at home, by heart.

Growing up in a typical Indian faith tradition has helped gain confidence for those children who came with parents at an early age. The rest of them who were born in the UK learned faith first hand through their parents only and also learned to speak the vernacular as most parents wanted to converse only in Malayalam, at home, and rightly so. As the children grow, they see that prayer has a dominant role in their formative years because most parents want to follow on that which their parents have traditionally passed onto them.  As parents witness to their faith, the atmosphere catches up with the youngsters, and they see the bigger picture, learning that the family that prays together stays together.

Apart from the catechism received through the Church in a structured way, the faith evidently practised at home daily makes all the difference. A sizeable population of Christian families from Kerala still gather around the “lounge/ home altar” every evening to pray together, making them realise the importance of prayer as a core upbringing tool for spiritual sustenance. On the other hand, Indian parents in the UK ensure that they remain connected with the grandparents staying in India regularly and whenever Phone calls/Face time/ WhatsApp conversations are initiated/made; one of the obligatory questions from the grandparents is if we are going to church whenever possible/ on Sundays regularly and making time for daily prayers. In a way, it helps the parents who are settled in the UK also remain grounded in their faith life and in the process pass on that faith-filled life to the children.

As a family unit, they go to Church together and attend retreats as and when facilitated -once annually and whenever possible. This helps youngsters to remain connected and rooted in faith. Joby from Newcastle upon Tyne spoke of his family experience of faith.

“While we were still praying at home, my husband and I invited all Malayalee families from our local area and started praying together from 2009 every first Wednesday of the month,” she said.

“It helped us grow together as a community where we not only prayed for various needs but my husband started a social action scheme where we asked every family to make a £1 contribution for the monthly gathering. At the end of the year, the money collected was given away to charities and other needy people who were struggling.”

“Likewise many pockets of the UK now have similar prayer groups gathering for prayer weekly/fortnightly/ monthly and also helping communities and individuals who are in trouble financially. At the same time, they are offering prayer support, something which we have learnt from our family back in India,” she added.

Most settled Indian Catholic congregations across the UK have prayer units in their local area where they gather in-person/ online (since Covid era) for prayers with /without priests at regular intervals determined by local circumstances. They still respect and value the presence of a priest who looks after the flock in many ways that they experienced back in India.

Mass is annually offered for birthdays, anniversaries and even death anniversaries of loved ones are religiously remembered. Every year the Indian community members ensure that their house is blessed by a priest with prayers said at home and sprinkled with holy water, mostly after Easter. Many still keep holy water at home to bless themselves daily when they go out of their homes for work, school, outings etc. When they buy a new car or have celebrations like a birthday, marriage anniversary or a feast day, they still invite the priest and seek their blessings. When they get Christian articles like Rosary, crucifix etc, they like to get them blessed by a priest before they start using it at home and for devotions.

As a result, faith remains central to their existence and they like to prominently display the Crucifix, Rosary and symbolic pictures of Jesus, Mary and Joseph (the Holy family picture) and saints etc as an evident witness of their faith, in the lounge or a designated prayer room.

In the process of doing this, the parents are involving their next generation to see that, of all things, faith is the most valuable. Creating such a faith-filled life helps youngsters have a very strong impact and it helps keep God ever present in their lives.