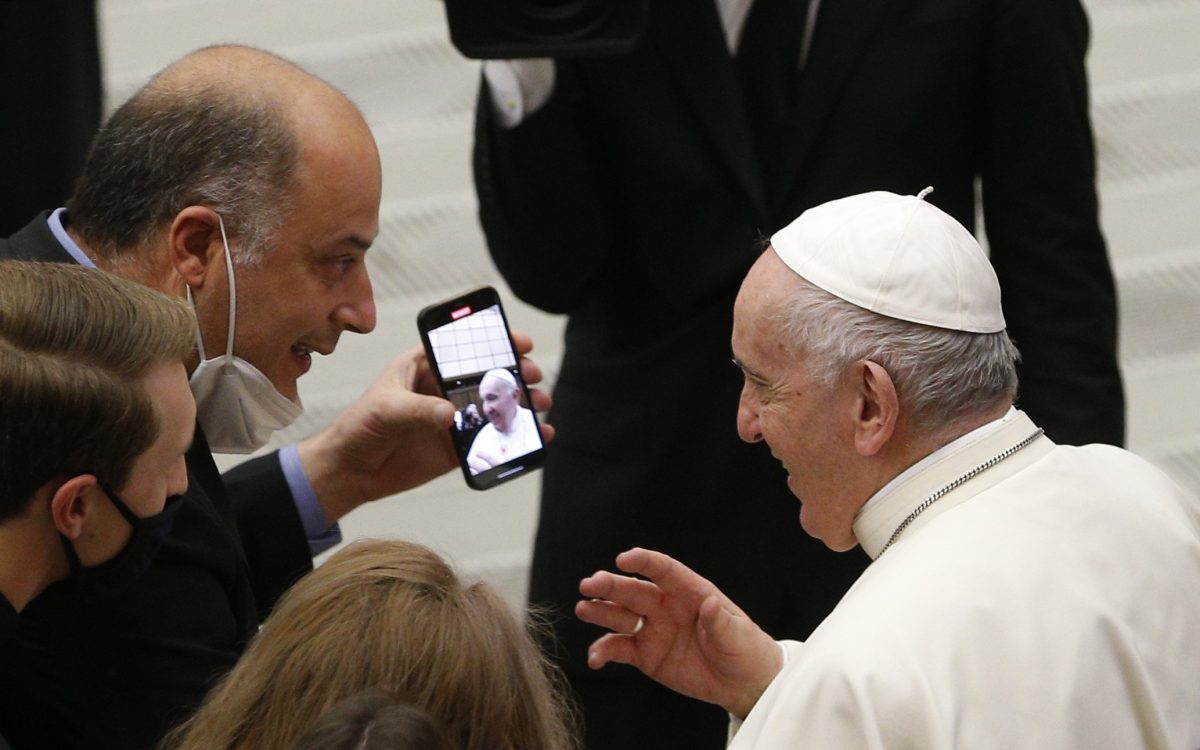 The birth of the son of God in a humble stable, in the presence of both lowly shepherds and majestic Magi, is a “universal event that concerns all of humanity,” Pope Francis said.

During his weekly general audience on 22nd December, the pope said that only through humility can one truly understand God and oneself because it “opens us up to the experience of truth, of authentic joy, of knowing what matters.”

“The Magi may have even been great according to the world’s logic, but they made themselves lowly, humble, and precisely because of this they succeeded in finding Jesus and recognising him. They accepted the humility of seeking, of setting out on a journey, of asking, of taking a risk, of making a mistake,” he said.

Among those present in the Paul VI audience hall were a group of asylum-seekers who, with the pope’s help, arrived in Italy on 16th December from Cyprus under a special humanitarian visa program.

Pope Francis thanked Italian authorities for facilitating their transfer and said those who seek refuge and a better life are not just the concern of the country they arrive in but “for all of humanity.”

“All we need to do is to open one door: the door of the heart,” the pope said. “Let us not forget that this Christmas.”

During the audience, the pope paused his series of talks on St. Joseph to reflect on the coming celebration of Christ’s humble birth in Bethlehem.

“Let’s think (about that),” he said. “The Creator of the universe was not given a place to be born.”

The shepherds, who visited the manger after receiving an announcement of Jesus’ birth by an angel, “personify the poor of Israel, lowly people who interiorly live with the awareness of their own want.”

“Precisely for this reason, they trust more than others in God. They were the first to see the son of God made man, and this encounter changed them deeply,” the pope said.

While little is known of the Magi, he continued, their journey to find Jesus represents those “who have sought God down through the ages, and who set out on a journey to find him.”

“They also represent the rich and powerful, but only those who are not slaves to possessions, who are not ‘possessed’ by the things they believe they possess,” he added.

Despite the vast differences between the shepherds and the Magi, both shared in the joy of Jesus’ birth because their humility led them to see God. The pope said that for Christians, humility “leads us also to the essentials of life, to its truest meaning, to the most trustworthy reason for why life is truly worth living.”

The celebration of Christmas, he added, is a time to invite everyone, especially the poor and those who do not believe in God, to see the “reason for our joy.”

The reason, Pope Francis said, is “knowing that we are loved without any merit, we are always loved first by God, with a love so concrete that he took on flesh and came to live in our midst. This love has a name and a face: Jesus is his name, he is the face of love -this is the foundation of our joy.”

Picture: Pope Francis appears in a live video as he greets people during his general audience in the Paul VI hall at the Vatican on 22nd December 2021. (CNS photo/Paul Haring)