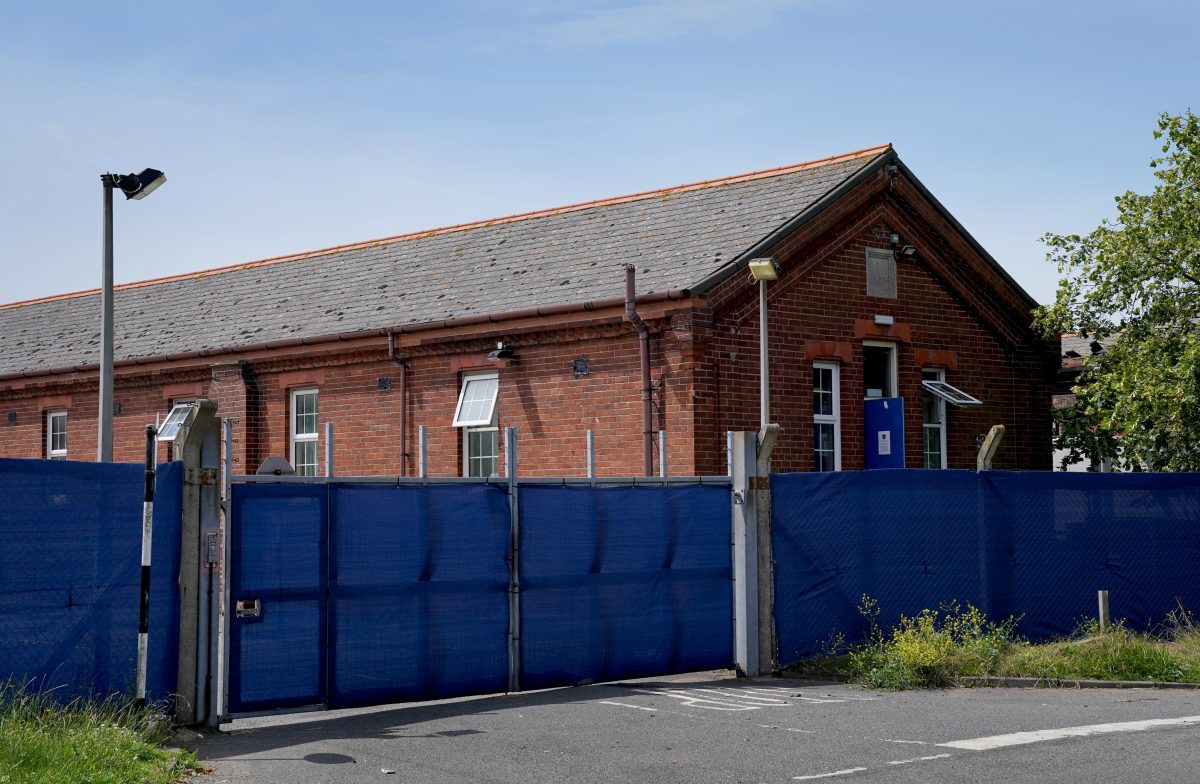 A Catholic refugee charity has criticised a military base chosen by the Home Office to process migrants in Kent as ‘inhuman’ and ‘deeply cruel.’

The Home Office confirmed that part of the Ministry of Defence (MoD) site in Manston, Kent, will be used as a “processing site for illegal migrants by January 2022”.

The secure site will be able to hold people “for a maximum of five days while their security and initial asylum processing checks are undertaken”.

However, the announcement was not welcomed by JRS UK (Jesuit Refugee Service).

“Placing those seeking sanctuary on our shores in institutional, detention-like accommodation is deeply cruel and militates against integration,” JRS Senior Policy Officer Sophie Cartwright told the Universe Catholic Weekly. “The government must abandon these plans for Manston base.”

MP for North Thanet Sir Roger Gale expressed concern about the site, calling it ‘inappropriate’ and suggested an alternative location. The MP for North Thanet said “there is no indication as to how the site will accommodate these human beings, will be made secure or what facilities will be made available, other than statutory (rules) on the site medical services”. Sophie Cartwright called for alternative facilities to be provided. “The government must ensure that those seeking sanctuary can access safe and dignified accommodation within British communities,” she said.

Home Office minister Tom Pursglove responded by saying the government has consistently been responsive,  to inspectors reports and recommendations.

However, reports have emerged that Migrants are still being held in “very poor” conditions after arriving on the Kent coast despite Home Office assurances of “significant improvements”, according to inspectors. Both the Inspectorate of Prisons and the Dover and Heathrow Independent Monitoring Boards (IMB)  visited migrant detention facilities in the last three months.

Chief Inspector of Prisons Charlie Taylor said: “We were assured by the Home Office that rapid action would be taken to improve both strategic planning and the conditions in which detainees were held. However, despite some limited progress, detainees, including large numbers of unaccompanied children, continued (in 2021) to experience very poor treatment and conditions.”

The findings described families with young children having to spend more than 24 hours in tents when arriving at the initial processing area. There were also “significant” safeguarding concerns over unaccompanied children being “regularly held together” with people from other families in the same area.

Picture: Napier Barracks which has been used to house migrants in Folkestone, Kent. PA Wire/PA Images Picture by Gareth Fuller

Cardinal Nichols: Listen To Pope and Klopp and Get Vaccinated
Previous Post
Pope: Eat, give gifts, and be “merry” this Christmas, but don’t forget Jesus