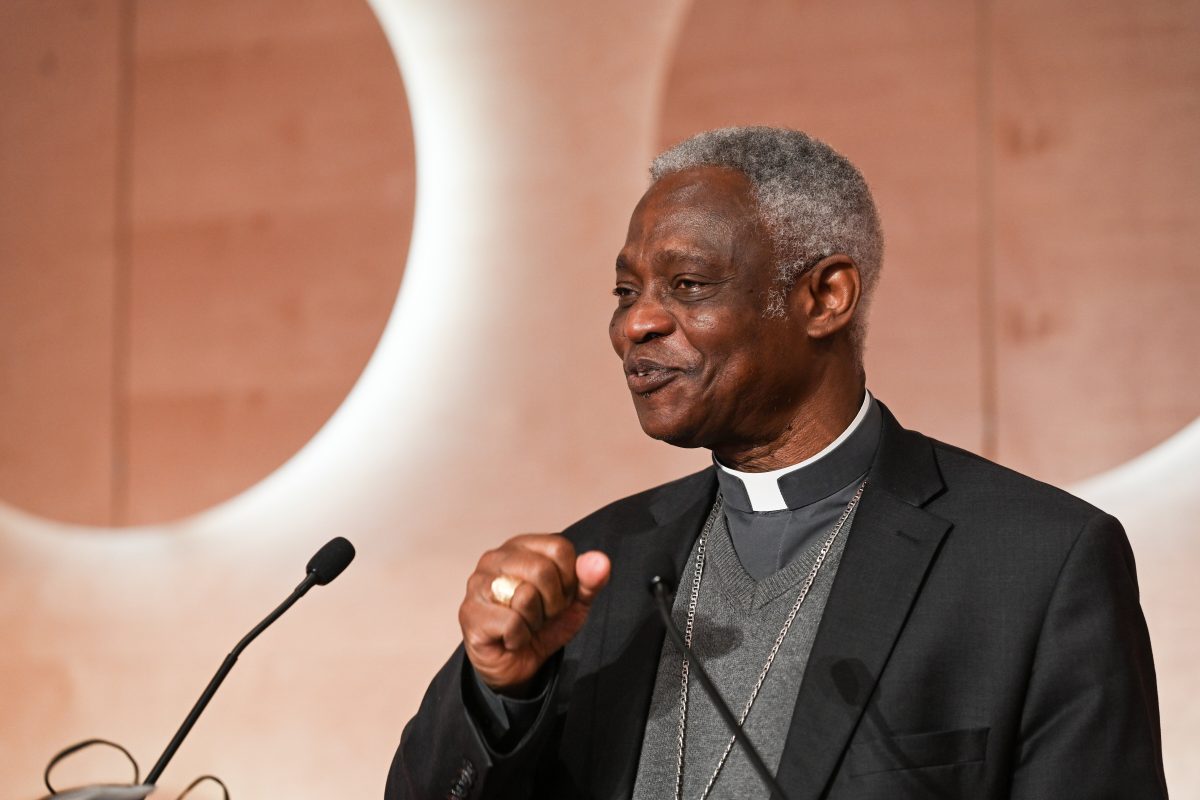 Peace, justice, climate justice, the war in the Ukraine and its global impact and the ongoing crisis in the German Catholic Church were some of the themes Catholic laity, bishops and politicians and activists discussed during the five-day 102nd German Katholikentag.

The biannual festival and meeting for German-speaking Catholic laity took place for the first time in four years May 25-29 in Stuttgart. Participants heard from political and church leaders.

Speaking on 27th May, German Chancellor Olaf Scholz said Russian President Vladimir Putin’s war in Ukraine is directed against “the values and convictions that unite us as a society.” Putin, he said, “must not be allowed to get away with his cynical, inhuman war.”

Scholz, who had just returned from a three-day trip to Senegal, Niger and South Africa, blamed the Russian president for an impending food crisis that is expected to hit the global south the hardest.

Scholz thanked the churches for their aid to Ukraine and for receiving refugees in Germany. He admitted that the war raises questions that are both political and ethical and that need to be discussed.

“At the heart of the matter is the question of whether violence can be fought with violence,” said the chancellor, who as a young man was a conscientious objector to compulsory military service.

About 200 demonstrators were chanting “Arm Ukraine now” in front of the hall where Scholz was speaking. On placards, they criticised that the arms deliveries were not arriving fast enough.

Bishop Gebhard Fürst of Rottenburg-Stuttgart, the diocese hosting the event, said he was in favor of arms deliveries to Ukraine.

“I observe that some things are delayed there, and it is, however, urgently necessary that much that is necessary for self-defense continues to be delivered. That’s a commitment to peace when you resist the aggressor,” he told the audience.

The president of the Catholic peace movement Pax Christi Germany, Bishop Peter Kohlgraf of Mainz, said in an interview with KNA, the German Catholic news agency, that he believed a reorientation and new reflection of Christian peace ethics is necessary. Situations like Russia’s current war of aggression against Ukraine are not usually foreseen in most of the peace ethics theories, books and debates, he said.

Also on 27th May, a rally for peace among participants found many Ukrainians joining in. A local radio station spoke to one of the participants, Father Roman Wruszczak, a parish priest of the Ukrainian Greek Catholic Church. “We suffer with Ukraine, we cry every day. Personally, I do too. There are days when I find it difficult to celebrate the liturgy,” he said during the interview.

The Vatican sent Cardinal Peter Turkson, who recently was appointed chancellor of the Pontifical Academy of Sciences and the Pontifical Academy of Social Sciences, to address key concerns addressed by Pope Francis. Speaking on 27th May on stage with a representative of Fridays for Future, Cardinal Turkson lamented that the momentum that emerged from the 2015 Paris climate agreement and Pope Francis’ environmental encyclical “Laudato Si'” earlier that year had been lost. He said the “cries of pain of the earth” must be heard.

He also said that for the encyclical, cooperation is a fundamental principle, providing hope for the world. Further, he added, with the Laudato Si’ Action Platform activities underway, communities, parishes and individuals are called to concrete action to preserve the environment.

“We should not always wait for politicians,” Cardinal Turkson said.

Protestants and people of other faiths joined this year’s five-day event, organised by the Central Committee of German Catholics, known as ZdK. Ahead of the Kirchentag, Bishop Fürst announced that no Protestant would be turned away from receiving holy Communion at the Katholikentag.

Some of the 1,500 events and talks were on interreligious dialogue and cooperation with other faiths, which has become more common since the 2015 influx of refugees to Germany. The only German federal minister to attend the Katholikentag was Cem Özdemir of the Green Party, the first and only Muslim in a German cabinet.

The grassroots We Are Church movement said in a statement on 30th May that the church reform issues they had been advocating for three decades “were much more present at the 102nd German Catholic Congress in Stuttgart than at previous Katholikentag gatherings. The pressure on the bishops and the Vatican to not only talk about reforms but also to act is increasing.”

Numbers were considerably down, with 27,000 people attending compared to 70,000 at the last Katholikentag in 2018 in Münster. Many events were also livestreamed. We Are Church leaders said the low numbers were not simply due to the pandemic, “It is also the impact of sexual abuse and its decades-long cover-up,” the organisation said.

“The scandals to which the Synodal Path in Germany seeks answers have now also become apparent in Poland, France and Spain, and last week also in Italy,” the statement said.

Bishop Stephan Ackermann of Trier, who has dealt with the issue of sexual abuse within the German bishops’ conference for 12 years, suggested that “this is also part of it, that we will continue to deal with the topic.”

The bishop said that the Catholic Church was “still light years away” from being able to offer those affected a positive experience of the church again.