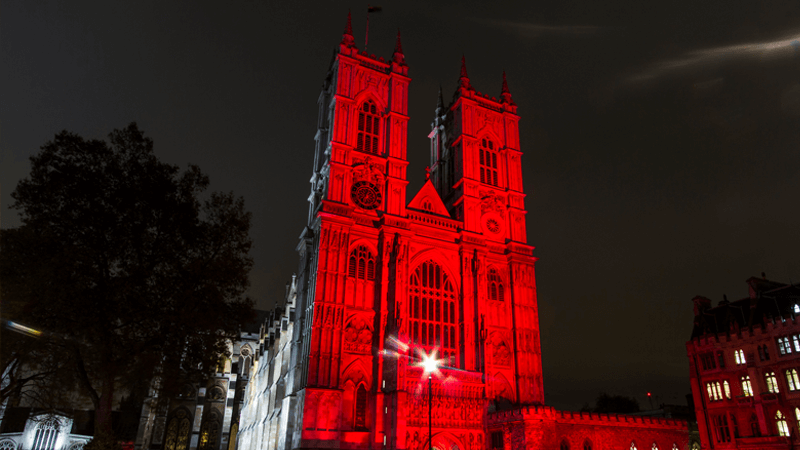 Lord David Alton is urging Catholics to stand up for persecuted Catholics in China on Red Wednesday 2021.

250 million Christians are persecuted worldwide. I hope that this Red Wednesday we will especially focus on the suffering of China’s Christians – and other religious believers, such as the Muslim Uyghurs.

In an extensive study, former Canadian cabinet minister, David Kilgour, and experts David Matas and Ethan Gutmann, unequivocally conclude that “the source for most of the massive volume of organs for transplants is the killing of innocents: Uyghurs, Tibetans, House Christians and primarily, practitioners of the spiritually based set of exercises Falun Gong.”

Persecution in China also often leads to imprisonment. We need to do more to act on behalf of those who are jailed and tortured.

human rights defender, Zhang Zhan, whose health condition is in a critical state following a hunger strike against her unjust detention and imprisonment.

Ms Zhang was detained by Shanghai police for her reports from Wuhan on the coronavirus COVID-19 outbreak in May 2020. During her seven month pre-trial detention, she was forcibly fed by officials.

She was shackled and her hands were bound 24 hours a day for more than three months. By the time she was brought before Pudong New District Court in December 2020, her health condition had already seriously deteriorated and she required a wheelchair. In a closed-door trial that lasted less than three hours, the Court sentenced her to four years in prison for “picking quarrels and provoking trouble”, a charge frequently used by the Chinese authorities to target human rights defenders.

The courageous Ms Zhang has been on a partial hunger strike ever since – causing severe malnourishment, including rapid weight loss and oedema.

Her parents have not been allowed to visit her. After her sentencing trial, Zhang Zhan told her lawyer: “I will continue to fight in a Christian way, even at the cost of my life. I will make them [the Chinese authorities] repent, and I will continue to pray for God’s great love to guide me.”

Zhang Zhan was one of four known cases of citizen journalists, including Fang Bin  targeted by the Chinese government for reporting on COVID-19 in Wuhan. The Media Freedom Coalition has called for the release of at least 47 journalists in detention in China, including Ms Zhang.

Zhang Zhan and other Christians like her are unlawfully imprisoned for exercising a fundamental right to freedom of expression and should be released immediately. We must use our freedoms and liberties to make what is happening in China better known.

In the past three years, the government has launched a systematic campaign to reverse the growth of Christianity in China and to impose draconian controls on whatever survives.

After President Xi Jinping’s 2018 directive to “sinicize” religion, the CCP (Chinese Communist Party) issued regulations requiring houses of worship to uphold CCP dictats and ideology. This includes barring minors from churches and from any exposure to religion. Young people are barred from being baptized, receiving the sacraments, religious education, attending Bible camps or entering churches.

Bibles have become harder to find and are increasingly subject to censorship on the Internet and in app stores. Complying with a directive from the CCP in October 2021, Apple removed its Bible and Koran apps for China.

The CCP is currently retranslating and reinterpreting the Bible – editing and reformulating it in ways that serve party goals. One example has been the retelling of John’s Gospel in a 2020 state textbook, which depicted the adulterous woman being stoned to death by Jesus.

Earlier this year, on May 1, 2021, 52 new administrative rules took effect, specifying that religious leaders must actively support CCP practices, leadership, and core values, even in sermons. In this new Cultural Revolution, President Xi’s “Thoughts” must replace the 10 Commandments.

For decades China’s foremost Catholic, the heroic Cardinal Joseph Zen, has been warning against the destruction of the Christian faith. It’s time the world listened to him. This Red Wednesday, the world should hold him and China’s religious believers in their thoughts, words, prayers, and deeds.