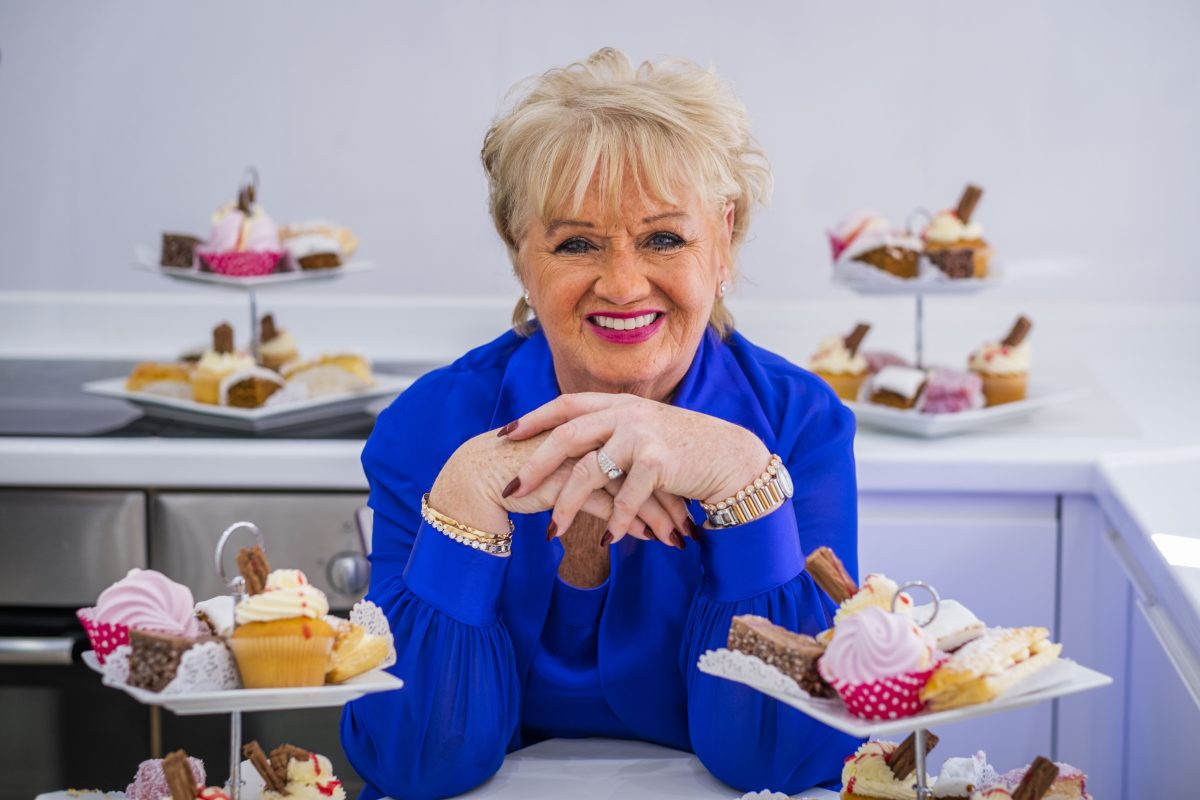 A grandmother has raised more than £80,000 for Catholic charity Mary’s Meals by baking and selling a mountain of delicious treats.

Over the past nine years, Bernadette Barr, 65, has baked more than 5,600 portions of cake, all from her kitchen in Port Glasgow, Scotland. She sells these goodies at afternoon teas held in aid of the charity – events which have become a sensation in her local area.

As well as raising money for the charity, Bernadette is also motivated by her Catholic faith, and frequently gives talks to churches across Inverclyde to help spread awareness of Mary’s Meals.

Mary’s Meals serves nutritious school meals in 20 of the world’s poorest countries, many of which are impacted by conflict and natural disasters. Bernadette starting baking for Mary’s Meals after taking her mum, Rachel Stewart, to an event held by Mary’s Meals. It was here that her mum whispered: “If only I was younger.”

Bernadette said: “My mum had spent many years fundraising to help children living in the world’s poorest countries and I wanted to find a way I could continue in her footsteps. I decided to start baking – and then sell the cakes to raise money for Mary’s Meals.”

Bernadette was determined to carry on her mum’s good work and so decided to start baking, with all profits going to Mary’s Meals. She has been holding her afternoon tea events since 2015, raising more than £80,000 for the charity.

Bernadette added: “I am proud to be continuing my mum’s desire to help hungry children around the world – as well as just about anyone who came into our family home!”

Bernadette’s latest afternoon tea took place in Greenock on Saturday 23rd April. All 120 tickets sold out as soon as the event was announced, raising an incredible £3,000. The next day Bernadette took part in Glasgow’s Kiltwalk for Mary’s Meals.

The money raised will be used to serve Mary’s Meals to 307 children at Tombay Primary School in Liberia, the school that Bernadette sponsors in her mother’s memory.

“I would like to extend a Hollywood handshake to our very own star baker,” she said. “Bernadette is an incredible woman and a wonderful example of the kindness we see from Mary’s Meals supporters across the UK. Today, more than 2,279,941 children will receive a nutritious school meal because of their generosity. We are so grateful for all these little acts of love.”