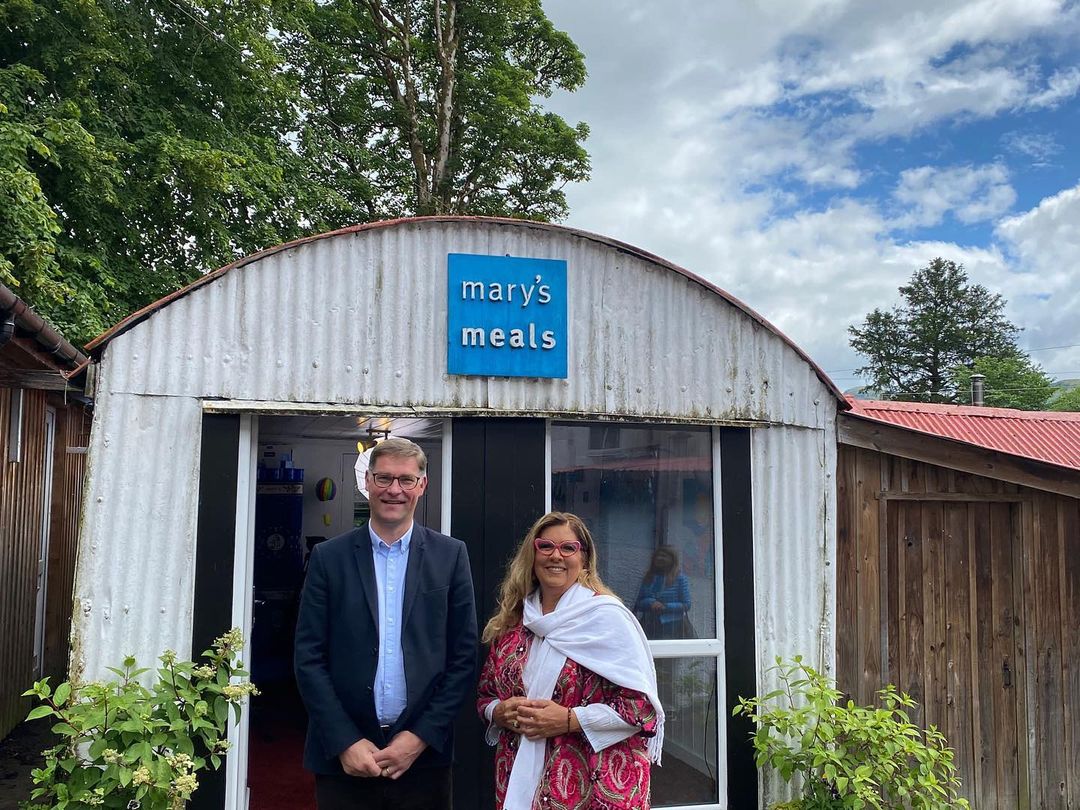 International music artiste Romina Power has given her support to the school feeding charity Mary’s Meals during a visit to the place where its work began.

The singer recently travelled from Italy to Dalmally in Argyll, Scotland, where she met with the charity’s founder Magnus MacFarlane-Barrow.

The meeting took place in the tin shed where Mary’s Meals was founded 20 years ago, and which is still the international headquarters of the organisation.

Romina Power is a renowned singer and film and television actress and has enjoyed global success for more than 40 years both as a solo artist and as part of the singing duo, ‘Al Bano and Romina Power’

Mary’s Meals serves nutritious school meals to children living in some of the world’s poorest countries. The promise of a good meal attracts these hungry children into the classroom, giving them the energy to learn and hope for a better future.

The charity reaches 2,279,941 children every school day in some of the world’s poorest countries, including Ethiopia, Yemen and Madagascar.

“These children who have no food at home, go to school and – thanks to the meals – they can learn, something that would otherwise not be possible.

“It’s fantastic – over two million children who, without Mary’s Meals couldn’t even study. Those of us with a voice cannot remain detached. We must be emissaries for the children.”

Romina, who was appointed global ambassador for the charity last year, spoke to Magnus about the current global hunger crisis and the determination of Mary’s Meals to reach the next hungry child.

Magnus says: “We are incredibly grateful to Romina for her generous support of Mary’s Meals.

“We look forward to working with her over the coming months and years to raise awareness of our work around the world and to reach more hungry children who are especially vulnerable in these difficult times.”

It costs just £15.90 to feed a child with Mary’s Meals for a full school year. To find out more, please visit marysmeals.org.uk or @MarysMealsUKcharity on Facebook.