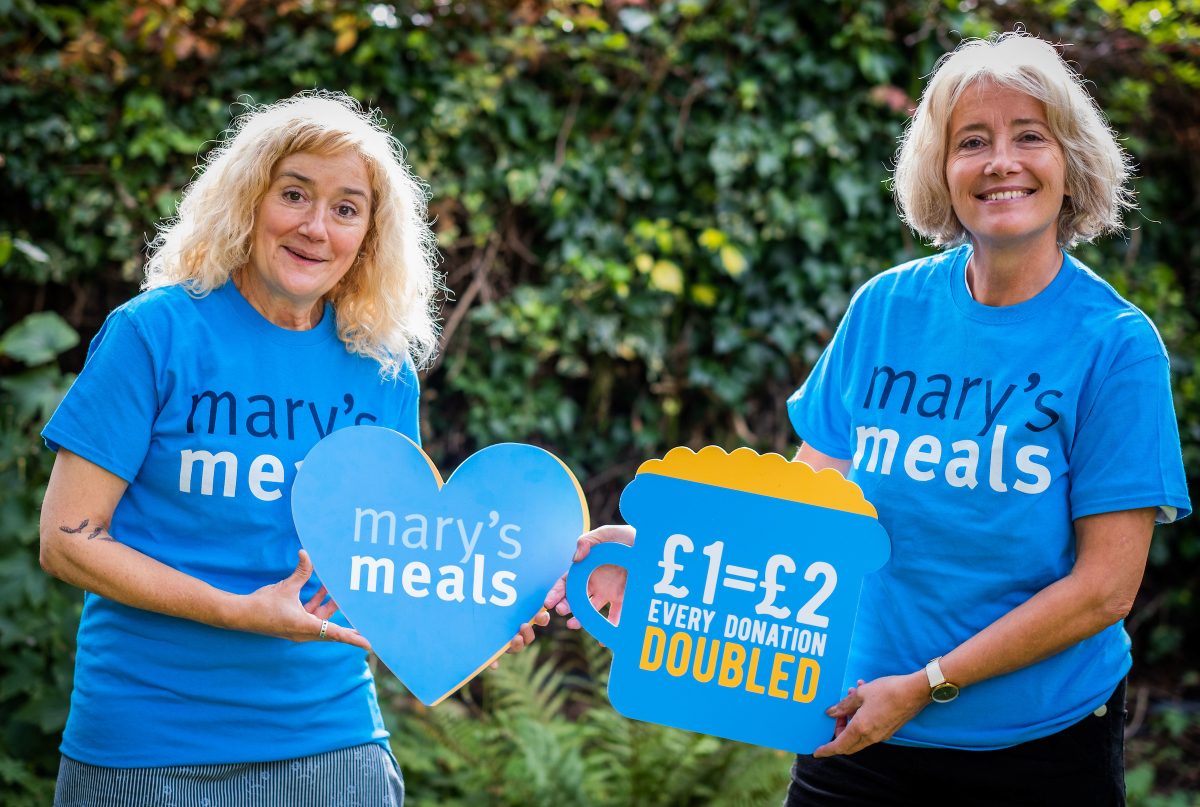 Actors Sophie and Dame Emma Thompson have backed a new campaign which will see donations to a Scottish charity feeding schoolchildren in some of the world’s poorest countries doubled.

Money given to Argyll-based organisation Mary’s Meals will be doubled by a group of generous supporters – with up to £1.6 million available to provide meals at school for hungry children during their three month Double the Love campaign.

A spokesperson for Mary’s Meals told the Universe Catholic Weekly that it hopes the support of Sophie and Emma Thompson will raise further awareness of its Double The Love campaign across the UK.

Mary’s Meals is a global movement whose vision is that every child receives one daily meal in their place of education.

Long-time supporter of the charity, and former EastEnders star Sophie Thompson, said: “Emma and I were marvelling about how Mary’s Meals provides food at school for children living in the most desperate circumstances, encouraging them to gain an education that will, in the future, help them out of poverty.

“We are delighted to announce that donations made to this awesome charity this winter will be doubled – meaning even more little ones will receive a daily serving of Mary’s Meals.”

The charity was set up in a shed in Argyll in 2002, and has grown from feeding just 200 children in Malawi to more than two million children every school day in 19 countries around the world, including Zimbabwe, Haiti, Kenya and India, and Syria.

Dame Emma, who has starred in Harry Potter, Love Actually, and Nanny McPhee, said: “Our mother is Scottish, and Argyll is a very special place for our family. I am overjoyed that a charity founded there is changing the lives of children in some of the world’s poorest countries. It truly is an incredible achievement.

“Double The Love presents a wonderful opportunity for us all to get behind Mary’s Meals and show children living in the world’s poorest countries that we care.”

Daniel Adams, executive director of the charity, thanked the two for backing their campaign.

Daniel Adams, executive director of Mary’s Meals, says: “I am so grateful to Sophie and Emma for backing our Double The Love campaign. What a brilliant sister act they are!

“I hope people will donate to Mary’s Meals this winter so that we can access all of the £1.6 million of match funding that is available to us. These funds, which have been made available by a group of generous supporters, really will change the lives of children facing the most difficult circumstances, including natural disasters, conflict, and the ongoing Covid pandemic.”

Correction: The original version of this article incorrectly stated £1.6 million would be matched by the government. The article now correctly states that the money will be doubled by a group of generous supporters.