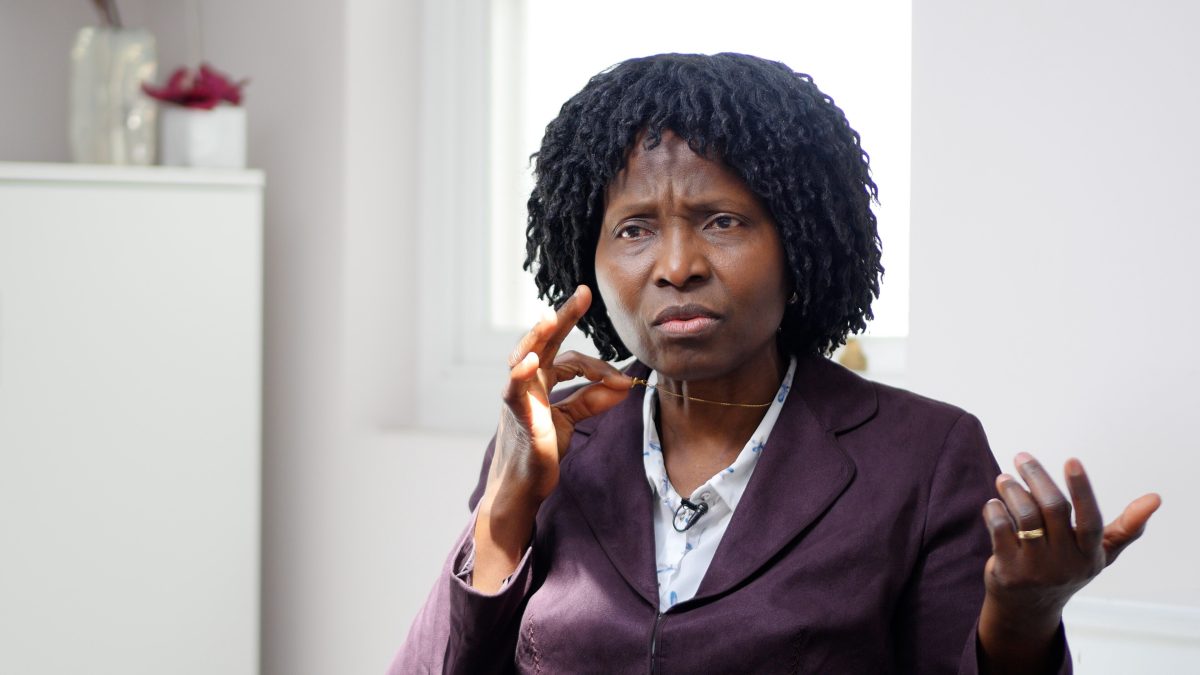 Mary’s win over cross is for all Christians

A Catholic nurse is celebrating a landmark victory after a tribunal found she was discriminated against after being told to stop wearing a cross at work.

Croydon Health Services NHS Trust was found to have discriminated against and harassed Mary Onuoha after she refused to remove the necklace in 2018.

In a landmark ruling, the Employment Tribunal declared that Mary Onuoha’s dismissal had been victimisation and harassment.

Ms Onuoha was told that Croydon Health Services NHS Trust had breached her human rights and created a ‘humiliating, hostile and threatening environment’ for her to work in.

She was dismissed from her role as an NHS theatre practitioner at Croydon University Hospital in South London in June 2020. The judgment declared that her dismissal “had been both discriminatory and unfair.”

Catholic journalist and campaigner Caroline Farrow welcomed the decision, but noted a trend of ‘hostility’ towards Christians in workplaces.  “This is, of course, wonderful news, but profoundly depressing that Mary had to go to a tribunal in the first place,” she told the Universe.

“It was fantastic to see the panel reject the ignorance and ingrained hostility to Christianity which has begun to take root among some bureaucrats and defend the rights of ordinary Christians.”

The tribunal found that Ms Onuoha’s rights had been breached because other members of staff were allowed to wear necklaces other items of religious wear. “There was no proper explanation as to why those items were permitted but a cross necklace was not,” the tribunal’s judgment said.

Caroline Farrow said the judgment should encourage and embolden Christians. “Christians and people in all walks of life should now take heart that they will be able to manifest their faith without facing unjust discrimination in the workplace,” she said.

Ms Onuoha wore a cross for 13 years while working as a nurse in the surgical theatre at Croydon University Hospital in south London before she was first asked to remove it in 2014.

However, she refused on religious grounds, and repeatedly refused to remove it.

The matter came to a head after Croydon NHS Trust was criticised in a 2017 Care Quality Commission (CQC) inspection for failing to enforce its dress code and uniform policy – which banned the wearing of necklaces in clinical areas.

The trust then told Ms Onuoha that she could either stop wearing the cross or wear it under her top, but she refused to compromise and the matter was escalated into both disciplinary and grievance procedures.

Employment Judge Dyal, and two lay members, Mrs Foster-Norman and Ms Forecast, said: “Applying common sense, it is clear to us that the infection risk posed by a necklace of the sorts the Claimant used to wear, when worn by a responsible clinician such as the Claimant, who complied with handwashing protocol, was very low.”

Andrea Williams, chief executive of the Christian Legal Centre, who represented Ms Onuoha, said: “We are delighted that the Tribunal have ruled in Mary’s favour and delivered justice in this case.”

“It is very uplifting to see the Tribunal acknowledge this truth. It was astonishing that an experienced nurse, during a pandemic, was forced to choose between her faith and the profession she loves,” she added.

“Any employer will now have to think very carefully before restricting wearing of crosses in the workplace.”

In an interview with Christian Concern before the judgment, Ms Onuoha said there was no reason for the NHS to ask her to stop wearing her cross necklace, which, she said strengthened her. “I draw my strength by looking at the cross,” she said. “When I’m suffering, I know that Christ went through all this. I’m so proud to be a Christian and so proud to wear my cross.”

“There is no evidence that wearing my cross has ever caused any infection,” she said.

She said she had worn the cross since her confirmation.