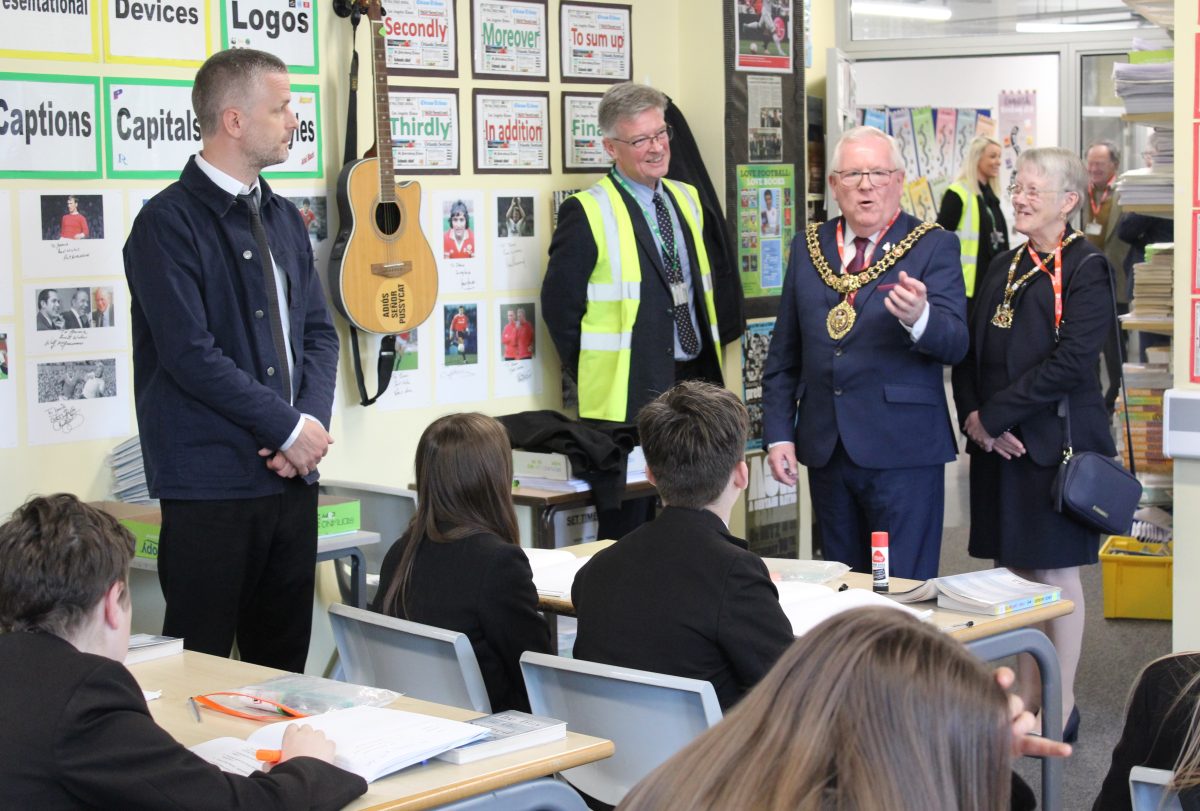 Staff and students at Saint Paul’s Catholic School in Wythenshawe were delighted to welcome the Lord Mayor and Lady Mayoress of Manchester, Councillor Tommy Judge and Carole Judge.

The Lord Mayor toured the school meeting with staff and students and spent some time congratulating pupils on their work, behaviour and attitudes.

The Lord Mayor is very familiar with Saint Paul’s Catholic High School, since both of his children attended the school and he served for many years as the Chair of Governors at St Paul’s. He said: “The kid without any qualifications ensured that children from one of the most deprived areas in the city had access to good-quality education”.

The Lord Mayor paid tribute to the school’s ‘core values and ethos’. “It was a lovely welcome at Saint Paul’s this morning, a calm atmosphere for learning which demonstrates the core values and ethos of the school,” he said. “My son and daughter spent many happy and successful years at the school. I was very impressed with the engagement of the pupils and their enthusiasm for learning.”

Assistant Headteacher Charlotte Cooper, who accompanied the Lord Mayor on his tour of Saint Paul’s, described the tour she gave the Lord Mayor. “It was a pleasure to guide the Lord Mayor around our school,” she said. “We were able to show him the many new and exciting initiatives we have and how the curriculum has a distinct focus on developing pupils’ broader skills and wellbeing and prepares the pupils for future success as responsible and active citizens.”

“During the tour, we were able to show the Lord Mayor our new Careers suite and explain that throughout the school years we have an active programme which helps build work-related skills,” she added. “The investment in our Careers Centre is a reflection of the importance we place on preparing our pupils for life beyond Saint Paul’s.”

Head Teacher Alex Hren called the visit an ‘inspiration.’ “It was a pleasure to meet the Lord Mayor and have him tour our school,” he said. “He was able to give the pupils some very valuable advice and provided a real inspiration for the pupils to want to do well, achieve and give back to their community.”