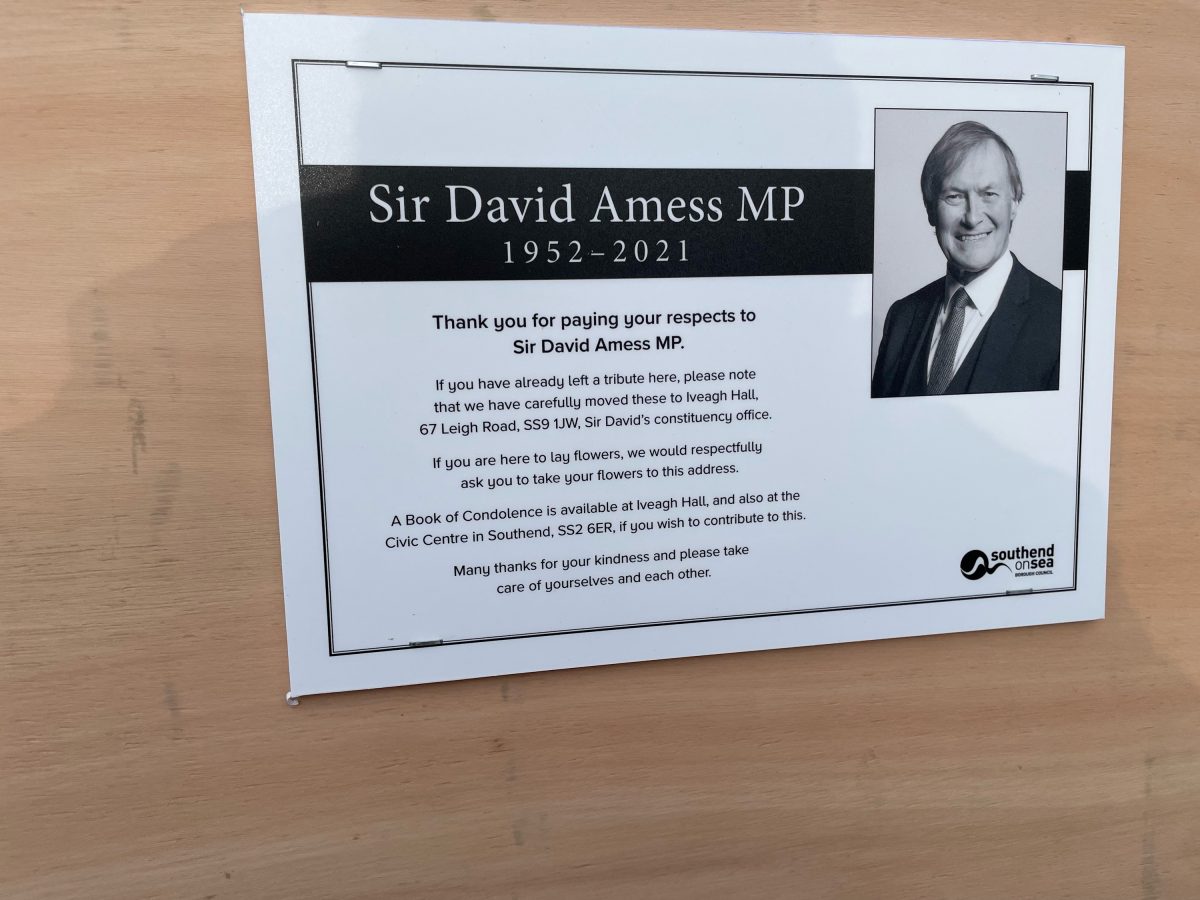 A message from Pope Francis will be delivered at a Westminster service to remember Catholic MP Sir David Amess who was killed last month.

On Tuesday 23rd November, a requiem Mass is due to be held at Westminster Cathedral in London.

The Archbishop of Westminster, Cardinal Vincent Nichols, who said that Sir David ‘carried out his vocation as a Catholic in public life with generosity and integrity’, will preside. Archbishop Claudio Gugerotti, the Apostolic Nuncio to Great Britain, will deliver a message from Pope Francis.

The Roman Catholic Priest for Parliament, Canon Pat Browne, will give the homily.

The service is expected to be attended by current and former parliamentarians. Tory MP Anne Widdecombe, a close friend of Sir David, will give the eulogy while doorkeepers from the House of Commons are set to provide a guard of honour.

Cathedral choristers and choirs from Southend, including the Leigh Orpheus and the Music Man Project, will sing.

A private ecumenical funeral will be held in Sir David’s constituency of Southend on Monday, where the Conservative MP’s friend and colleague Mark Francois will deliver a eulogy.

The service, which will be broadcast live by BBC Radio Essex, will see Ann Widdecombe read a statement from Sir David’s family before a funeral procession will move through parts of Southend.

Southend West MP Sir David was killed during a constituency surgery in Leigh-on-Sea in Essex on October 15.

Ali Harbi Ali, 25, has been charged with his murder and also with preparing acts of terrorism between May 1 2019 and September 28 this year.

He is due to enter pleas in December.

Following his death, MPs paid tribute to Sir David in the Commons and a service was held in Sir David’s honour nearby at St Margaret’s Church.

Prime Minister Boris Johnson and Labour leader Sir Keir Starmer were among around 800 politicians in attendance to hear the Archbishop of Canterbury say the “light lit by public service” provided by MPs like Sir David “must never be put out”.

PHOTO: A sign placed next to the floral tributes left outside the Belfairs Methodist Church in Leigh-on-Sea, Essex, where Conservative MP Sir David Amess was killed. PA Wire/Picture by: Sam Russell