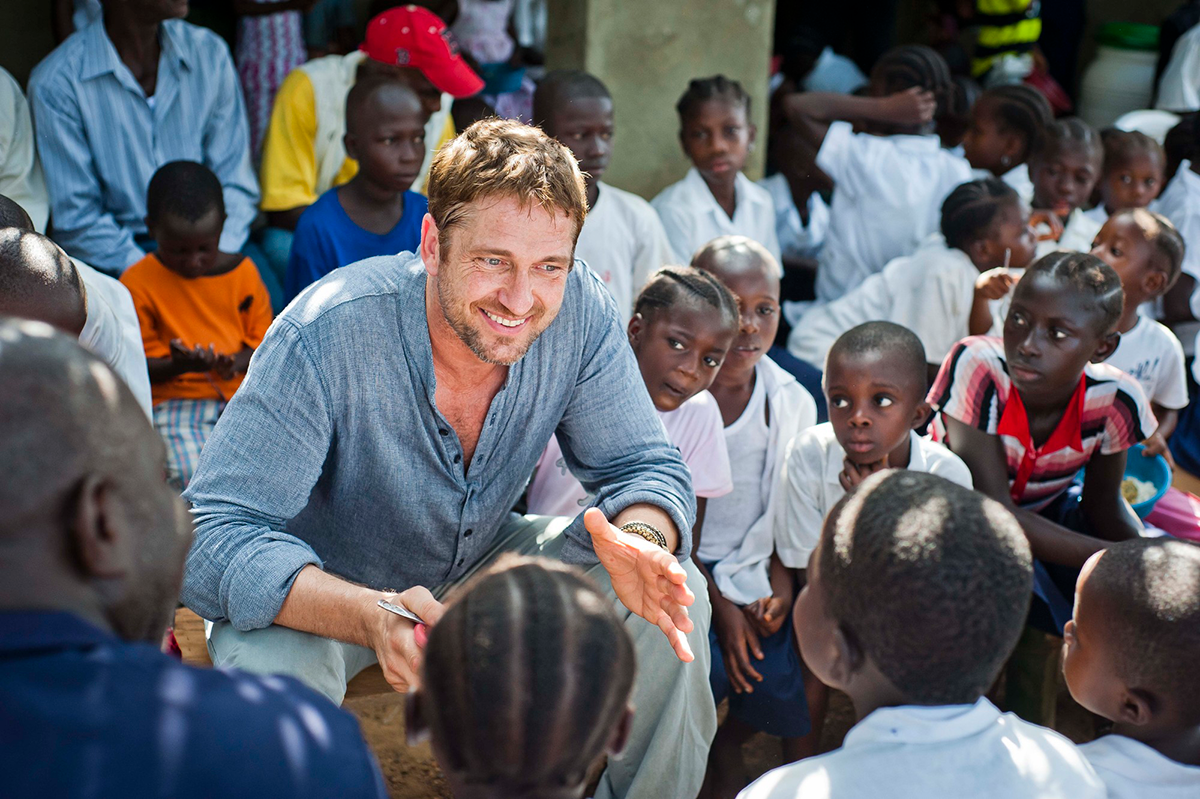 An international charity has received a message of congratulations from a Hollywood star.

Scottish actor Gerard Butler has congratulated Mary’s Meals for reaching the milestone of feeding two million children every school day – and urged its supporters not to stop there.

How To Train Your Dragon star Gerard, 51, is a long-term supporter of the charity’s work, having visited its projects in Liberia and Haiti.

In a special video message for the charity, Gerard says: “Congratulations Mary’s Meals on reaching this landmark milestone of feeding two million children every school day.

“It’s a huge achievement and I’m personally so proud to be a supporter of Mary’s Meals because I’ve seen first-hand the joy and hope that it brings to children’s lives, and it really does show that food in a child’s place of education does change the story.”

“Mary’s Meals began in 2002, feeding just 200 children at a Malawian primary school. Now more than a third of the primary school population of Malawi enjoy our nutritious meals,” she said.

“Each day our meals attract hungry children into the classroom, giving them the energy to learn and hope for a brighter future.”

Karen Gray shared the story of 11-year-old Gift from Zambia.

“Before Mary’s Meals reached Gift’s school, he would often skip lessons and go scavenging for food. Now, even when there is very little to eat at home, he knows that he can rely on a mug of our vitamin-enriched porridge,” she said. As a result, Gift does not feel hungry at school anymore. Now he wants to be a doctor and help his family.

Gerard Butler encouraged Mary’s Meals supporters to keep going and aim high. “Now, we’re at two million. But we can still do better – so upwards and onwards now to three million,” he said.

Karen Gray highlighted the role faith has played in the journey of Mary’s Meals. “Mary’s Meals is named in honour of Our Lady,” she said. “Since the beginning, prayer in particular has propelled our mission forward. Stories like Gift’s are only possible because of the faith shown by people who believe in our vision – their determination and kindness is truly humbling.”

Mary’s Meals are currently running a Double The Love campaign until 31 January 2022, when donations will be matched by a group of supporters, with £1.6 million available.