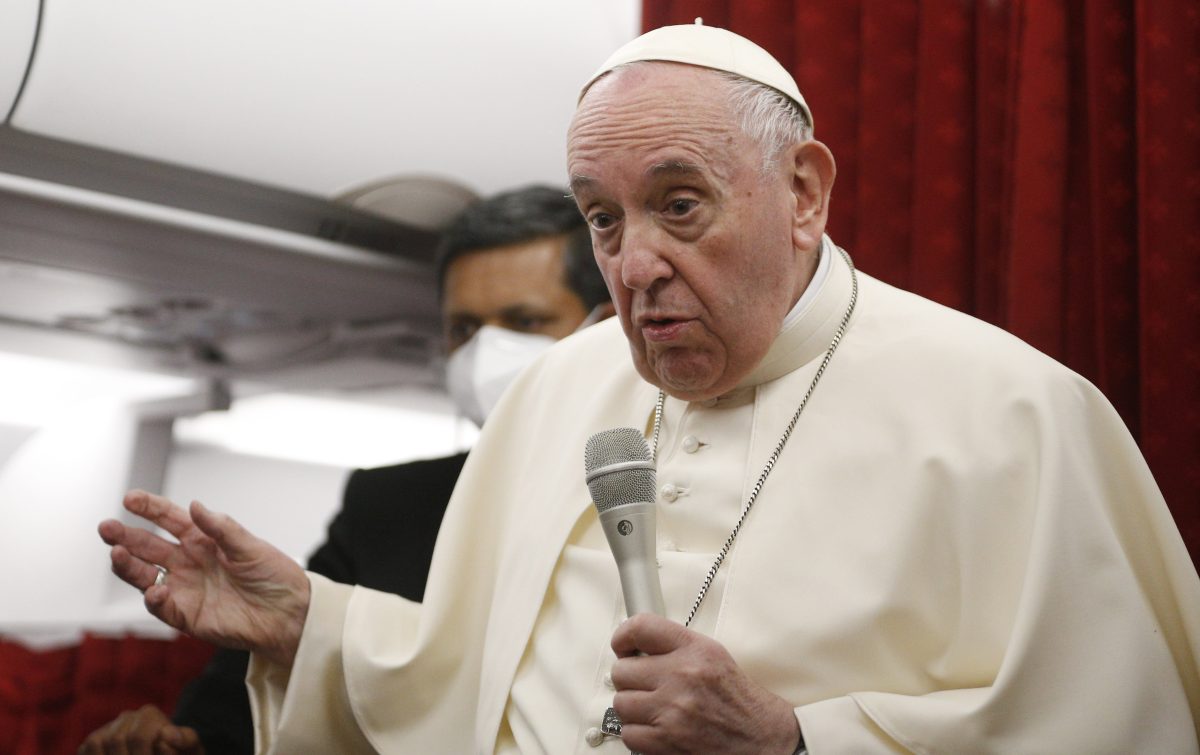 Pope indicates he has not spoken to Putin about Ukraine war

Once again, Pope Francis avoided speaking directly about Russian President Vladimir Putin and instead focused on condemning war as a cruel and inhumane act that “goes against the human spirit.”

During a conversation with journalists on 3rd April , on the flight from Malta to the Vatican, the pope was asked if he had spoken to Russian President Vladimir Putin.

He also revealed that the last time he spoke to Putin was when the Russian president called to express well-wishes for the New Year.

Despite numerous reports of alleged war crimes committed by Russia, Pope Francis continued the long-held Vatican tradition of not condemning one side in a war.

Most recently, a series of photos released online showed the aftermath of atrocities committed in Ukraine, including numerous Ukrainians who were seemingly executed.

Unaware of the images before the news conference, Pope Francis said the information was further proof that “war is a cruelty.”

“It is the spirit of Cain,” the pope said. “I am willing to do everything that must be done, and the Holy See, the diplomatic side, is doing everything. We cannot make public everything that we do, but we are doing all that can be done.”

While reiterating that a possible trip to Ukraine was “on the table,” the pope said it remained uncertain.

“I say with all sincerity I would like to go. The willingness is always there, there isn’t a ‘no,'” he said. “If it can be done, I must do it. This is all up in the air.”

However, Pope Francis told journalists that a meeting with Russian Orthodox Patriarch Kirill is in the works.

“We are thinking of doing it in the Middle East,” the pope said.

Pope Francis also addressed concerns about his health. During his visit in Malta, the pope was seen walking slowly due to leg pain and often would remain seated while riding in his popemobile.

“My health is a bit capricious,” the pope said. “I have this problem with my knee, that creates problems in terms of walking. But it is getting better.”

The pope has suffered for several years from sciatica which, according to the Mayo Clinic, can cause sharp pain that radiates along the path of the sciatic nerve, which branches from the lower back through the hips and down each leg.

In late December 2020, the pope did not preside over the traditional end-of-the-year prayer service or the New Year’s Mass in St. Peter’s Basilica due to sciatica.

Picture: Pope Francis answers questions from journalists aboard his flight from Malta to Rome on 3rd April 2022. (CNS photo/Paul Haring)