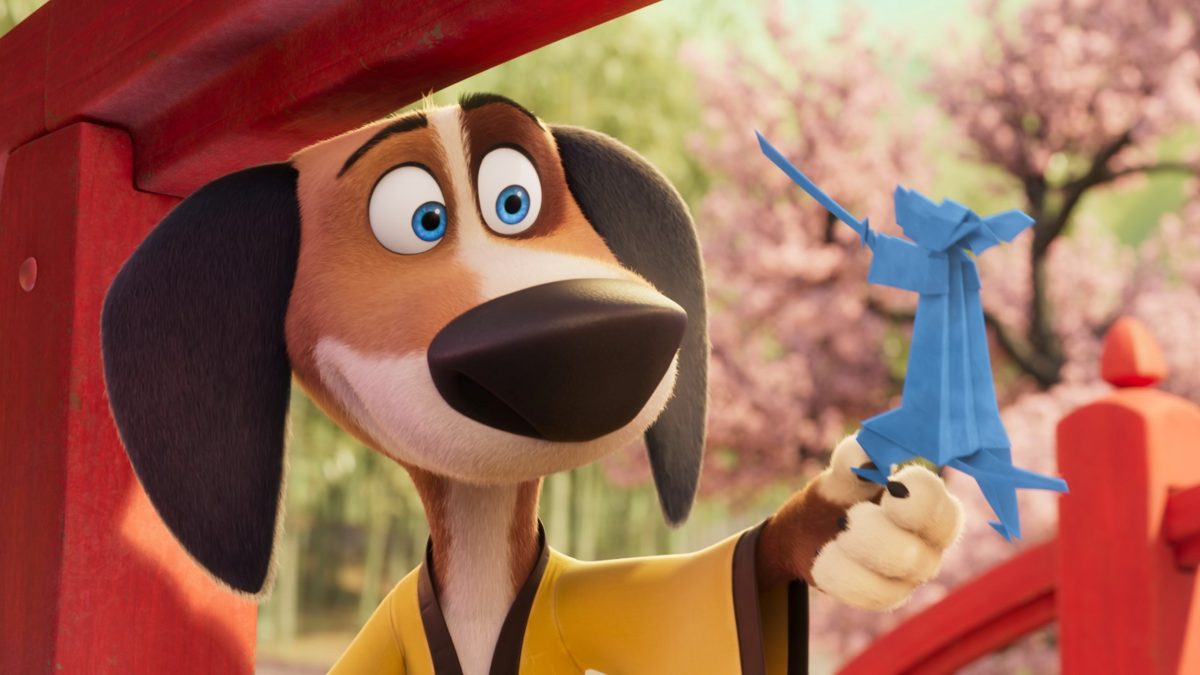 Bathroom humour reaches new heights-make that depths -in “Paws of Fury: The Legend of Hank” (Paramount), an animated martial-arts spoof with a most unlikely provenance.

Although kids are their target audience (the film flies a Nickelodeon Movies banner), directors Rob Minkoff, Mark Koetsier and Chris Bailey base their feature on the 1974 adult comedy “Blazing Saddles.”

In fact, Ed Stone and Nate Hopper share their screenwriting credit with the five original writers of “Blazing Saddles,” including Mel Brooks and the late Richard Pryor.

It’s a clever conceit that misses the mark, despite Brooks lending his raspy voice talent as Shogun, a wise leader. About the only recognizable elements of “Blazing Saddles” here are horses getting punched in the head and a veritable tsunami of flatulence gags.

The fish-out-of-water plot is mildly familiar, though set here in a swashbuckling world of swords and samurais. A warmongering Somali cat named Ika Chu (voice of Ricky Gervais), who worships a monumental jade toilet he calls his “Super Bowl,” hatches an evil plot to destroy a neighbouring feline village called Kakamucho (really).

To undermine the village, Ika Chu picks the most unlikely candidate to be its samurai protector: a hapless, insecure beagle named Hank (voice of Michael Cera)-despite the fact that felines naturally hate canines. Once the cats discover Hank has no fighting skills, he’s relegated to the status of a dog’s dinner.

But Hank perseveres and embraces his destiny, beseeching a washed-up samurai, Jimbo (voice of Samuel L. Jackson), to train him in the sacred arts.

“I loved the character,” Michael Cera recently told Looper about playing Hank. “I loved his haplessness, but also his determination. You could easily take him for a fool in the beginning, but then you learn how serious he actually is and how committed to his dreams he is and how admirable that is.”

Jimbo, who would rather eat catnip all day, relents, sensing that Ika Chu is assembling an invading army, led by a Manx cat named Ohga (voice of George Takei). He dusts off his copy of “Samurai for Dummies” and gets to work.

“Paws of Fury” channels “Kung Fu Panda” and “The Karate Kid” as training begins and Jimbo casts pearls of wisdom like, “It’s not important what you do, so long as you do something.”

As the action barrels along to its climactic battle, the constant mayhem borders on the extreme, and is thus too intense for younger viewers.

“I want to leave my mark,” Hank says, tugging at his pants after winning a fight. “I had asparagus last night.”