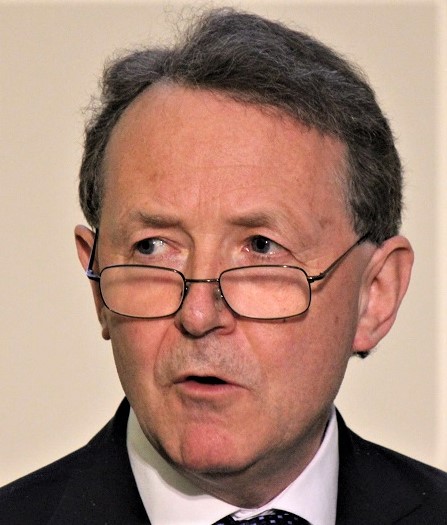 Catholic peer Lord Alton has joined television celebrities in supporting the husband of Nazanin Zaghari-Ratcliffe as he continues his hunger strike.

Richard Ratcliffe is on a hunger strike outside the Foreign Office in London, which he started after his wife lost her latest appeal in Iran.

“Don’t forget Nazanin,” Lord Alton said. “His (Ratcliffe’s) protest is a bid to press the Government into taking firmer action for Nazanin, his wife who has been arbitrarily detained in Iran for more than five-and-a-half years.”

Ms Zaghari-Ratcliffe, a British-Iranian dual national, has been in custody in the country since 2016 after being accused of plotting to overthrow the government.

She was taking her daughter Gabriella to see her family when she was arrested and was sentenced to five years in prison shortly afterwards, spending four years in Evin Prison and one under house arrest.

Claudia Winkleman and Victoria Coren Mitchell have both visited Mr Zaghari-Ratcliffe and spoken out.

The television presenters posted a picture on Twitter showing Mr Ratcliffe sitting between them and holding a picture of his wife.

Coren Mitchell, a professional poker player and Only Connect host, tweeted: “We went to see Richard Ratcliffe on day 9 of his hunger strike.

“The ongoing torment of this innocent family is a failure of British democracy in its core aim: to protect its citizens.

“Nazanin must come home. How on earth will we reverse climate change if we can’t even fix this?”

She added: “If you are in London and want Richard, Nazanin and Gabriella to know you care, you will find him on the steps of the Foreign Office.”

Speaking after the visit, Mr Ratcliffe told the PA news agency: “It was lovely of them. They both made patches for our giant patchwork quilt, and were very caring.

Asked how things are on day 10 of his hunger strike, Mr Ratcliffe said: “Colder and slightly more tired, but lots of MPs and kind passers-by, so also a good day.”

According to her family, Ms Zaghari-Ratcliffe was told by Iranian authorities that she was being detained because of the UK’s failure to pay an outstanding £400 million debt to Iran.

Rupert Skilbeck, director of Redress, an international organisation dedicated to bringing legal cases on behalf of survivors of torture who are campaigning on Ms Zaghari-Ratcliffe’s behalf, said: “He’s in a weakened state but firm in his resolve to highlight the need for the UK to take a more robust approach in his wife’s case.

“After years of setbacks for Nazanin, what it will take for the UK to take a stand against Iran to protect British citizens?

Lord Alton speaks during the the 2012 Tyburn Lecture at Tyburn Convent in London .(CNS photo/Simon Caldwell)