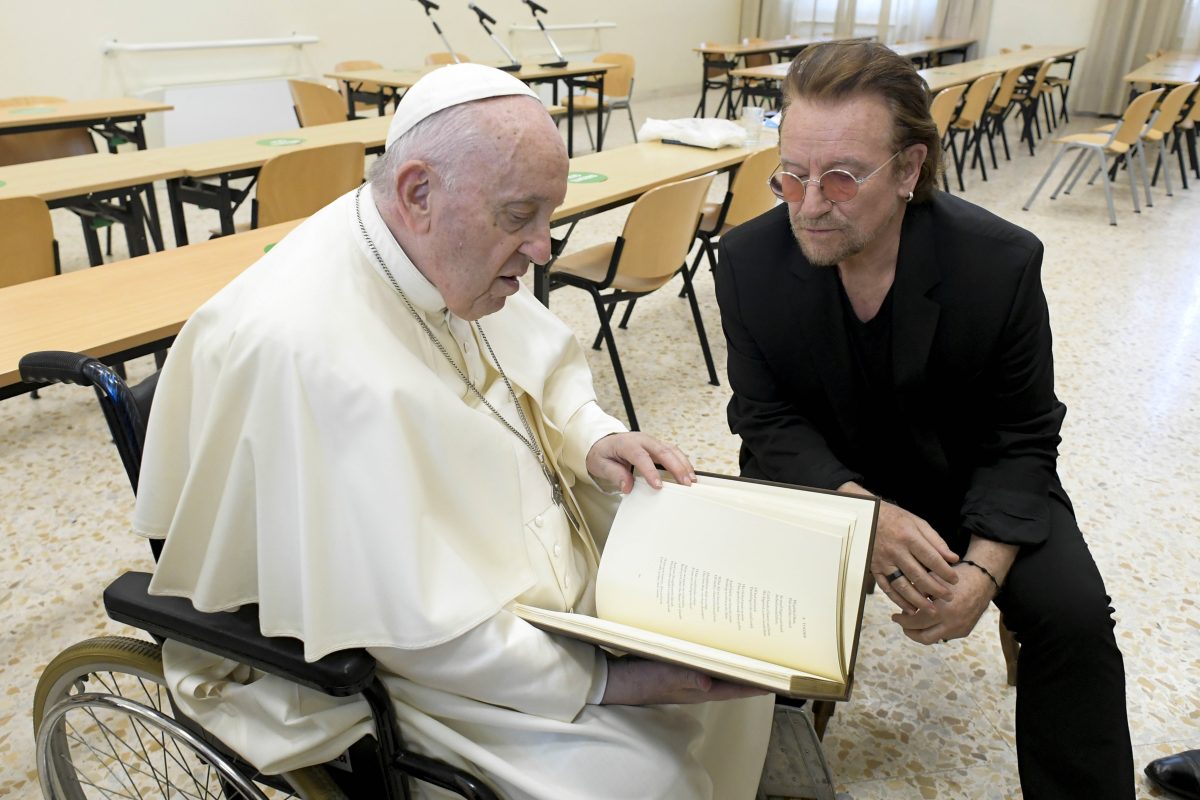 “Defending nature means defending the poetry of creation, it means defending harmony. It is a fight for harmony. And women know more about harmony than us men,” the pope said on 19th May during an event at Rome’s Pontifical Urban University.

U2 frontman Bono, who joined the pope for the launch, said he had been a supporter of Scholas for the past four years and was “drawn to this idea of a ‘culture of encounter.'”

Scholas began in Pope Francis’ Archdiocese of Buenos Aires, supporting education in poor neighborhoods by pairing their schools with private schools and institutions in wealthier neighborhoods.

The organisation has spread to other countries and supports a variety of exchange programs aimed at promoting education, encouraging creativity and teaching young people about respect, tolerance and peace.

Citing its continuing expansion across the globe, the pope signed a decree changing Scholas Occurrentes’ status from a pontifical foundation to “an international association of the faithful.” The decree was published on 17th May.

During the event on 19th May , Bono praised the papal decree, which he said, “adopts inclusivity into canon law” and gives a voice to young people doing their part to fight poverty and climate change through education.

The Irish singer also took the opportunity to ask the pope a question.

“Girls’ education is a superpower in fighting extreme poverty and I would like to ask His Holiness if he thinks that women and girls play the same powerful role in tackling the climate crisis,” he said.

“We usually speak of ‘Mother Earth,’ not ‘Father Earth,'” the pope replied with a smile, prompting applause from Bono and the audience. “Also, as I told you earlier, from the moment of the apple (in the Garden of Eden), they are in charge,” the pope added.

Pope Francis said that now as an international association, Scholas Occurrentes can help unite even more young people to protect “the harmony of creation.”

“Now it is in your hands,” the pope said. “Hopefully it isn’t too late because there is work to do.”

Picture: Pope Francis greets U2 singer Bono before a meeting of Scholas Occurentes in Rome on 19th May 2022. The event was for the launch of the “Laudato Si’ School,” a yearlong project of Scholas young people to develop projects to promote protection of the environment. (CNS photo/Vatican Media)