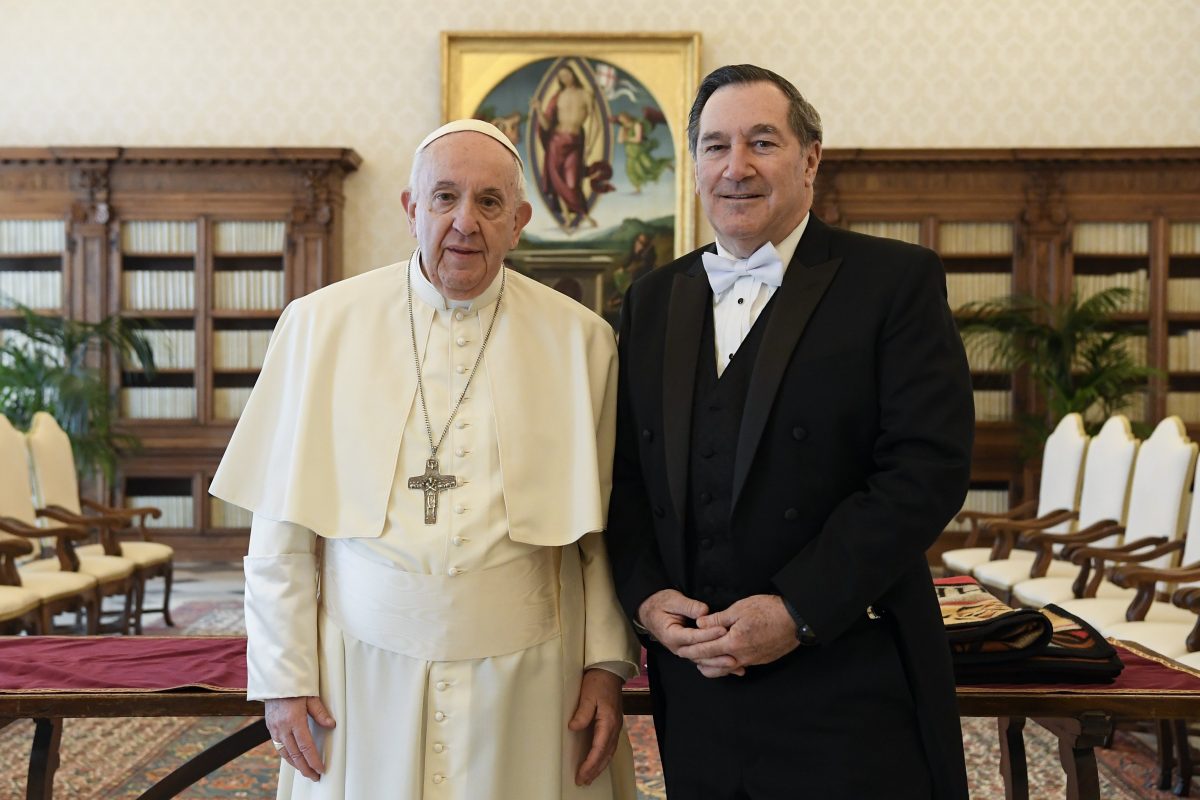 The new U.S. ambassador to the Holy See, Joe Donnelly, officially began his duties on 11th April, presenting his letters of credential to Pope Francis.

Donnelly, 66, is a former member of the House of Representatives and the Senate. U.S. President Joe Biden nominated him to the Vatican post in October, and the Senate confirmed him in January.

In a video posted to the embassy’s Twitter account, Donnelly said the United States and Vatican “have a very special relationship,” working together “to be a force for good in the world.”

The special areas of collaboration, he said, include defending human rights and religious freedom, combating human trafficking, caring for the environment and “advancing peace, security and the rights of children, seniors, women and all of our brothers and sisters everywhere.”

In the video, Donnelly also said he and his family “are proud to be members of the Catholic faith. From my childhood through my university and law school years at the University of Notre Dame, through years of public service in Indiana and Washington, D.C., the Catholic Church has been a core part of my life and my values.”

Donnelly said he had been “proudly moved” by the power of the Church and its members to improve the lives of people around the world.

“As U.S. ambassador to the Holy See, I will do all I can to ensure that the United States and the Vatican work together to advance human rights and dignity,” he said.

Donnelly is the 12th U.S. ambassador to the Holy See since full diplomatic relations were established in 1984. Callista Gingrich, nominated by President Donald Trump, left the post in January 2021 after Trump lost his bid for reelection.

The new ambassador served in the House from 2007 to 2013, representing Indiana’s 2nd Congressional District, and he was a U.S. senator from 2013 to 2019. A Democrat, he ran for reelection to the Senate in 2018, but he lost to Republican Mike Braun. From 2019 to 2021, he taught courses on American politics, public policy and leadership at Notre Dame’s Keough School of Global Affairs.

Picture: Pope Francis is pictured with Joe Donnelly, new U.S. ambassador to the Holy See, during a meeting for the ambassador to present his letters of credential, at the Vatican on 11th April 2022. (CNS photo/Vatican Media)