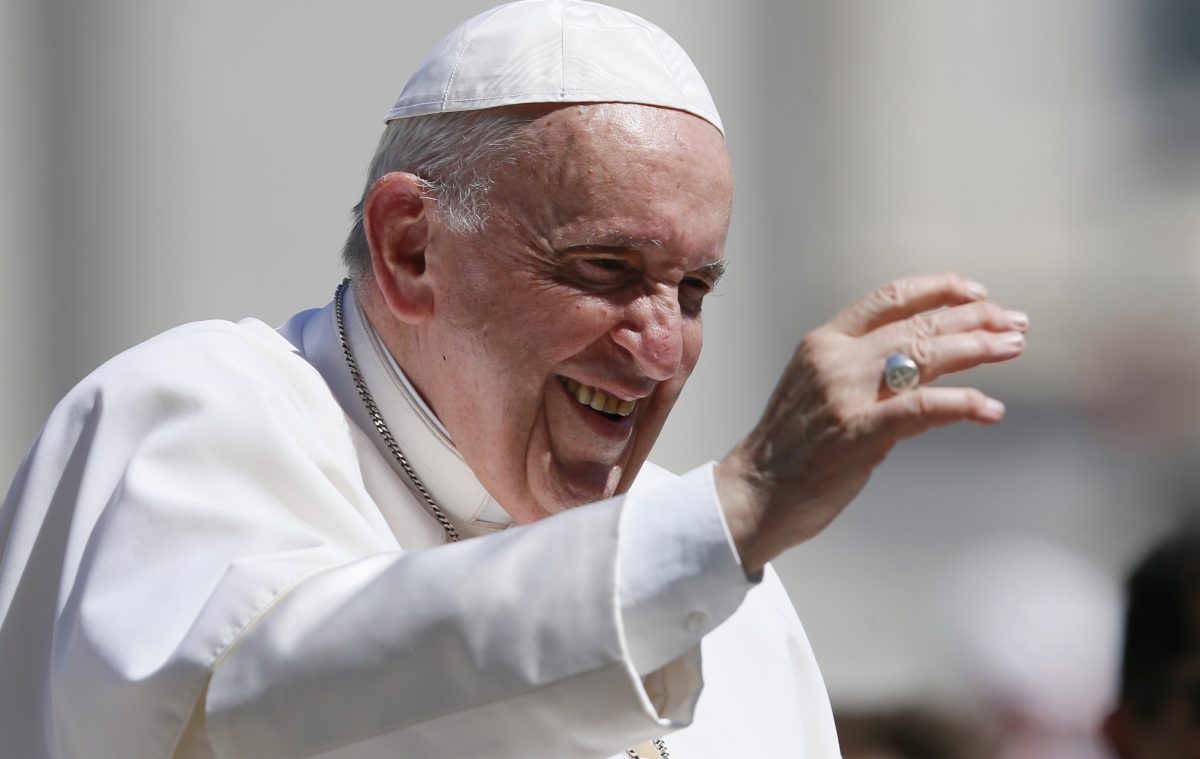 Educators must learn from, not relive, the past, pope says

Education must serve as a bridge between past and future generations so that humanity may progress rather than move backward, Pope Francis said.

Meeting with participants in an international conference on the Global Educational Compact, the pope said that while education is rooted in the past, it “extends to a long-term vision where the old and the new come together in forming a new humanism.”

However, there is a “dangerous” trend, especially within the Catholic Church, that chooses a form of “backwardism” that chooses to remain closed in the past, he said on 1st June.

It is “this ‘backwardism’ that makes us a sect, that closes you, that takes away your horizons,” he said. Those who espouse such views “say they are guardians of traditions, but of dead traditions. A true Catholic, Christian and human tradition is what the fifth century theologian, St. Vincent of Lerins, described as a continuous growth, that throughout history, tradition grows, it goes on.”

Launched by Pope Francis in 2019, the Global Educational Compact is an alliance bringing together representatives from the world’s religions, international organizations and humanitarian groups as well as educators, economists, scientists, policymakers, people from the world of art, culture and sports, and young people to build a more humane future.

The pope said he was pleased the alliance has continued to grow and has developed educational studies on “the dignity of the person and human rights, fraternity and cooperation, technology and integral ecology, peace and citizenship, cultures and religions.”

In today’s world, he said, students must learn not only how to deal with a crisis but also how to “overcome it together.”

“This is important for me: that we learn and help so that others may learn to live through crises, because crises are an opportunity to grow. Crises need to be managed, and we need to prevent crises from turning into conflict,” the pope said.

An example of how to deal with crises, he continued, can be seen in the legendary story of Aeneas, the hero of Virgil’s epic poem Aeneid, who flees the fallen city of Troy carrying his father Anchises over his shoulder while taking his son Ascanius by the hand and leading them both to safety.

“Aeneas not only saves himself, but his father who represents his history and his son who is his future,” the pope said. “This figure can be significant for the mission of educators, who are called to guard the past — the father on his shoulders — and to accompany the young steps of the future.”

The mythological hero’s father and son serve as a reminder that “in any educational process, we always must put people at the center.”

Anchises and Ascanius not only represent tradition and the future, he added, but are also “symbols of the fragile segments of society that need to be defended” and not marginalized.

“The throwaway culture wants us to believe that when something no longer works well, we must throw it away and change it. This is done with consumer goods and, unfortunately, has become a mentality and we end up doing it with people as well,” he said.

Pope Francis said the crisis the world finds itself in can become “a propitious moment” to evangelize and recover the meaning of life and “the centrality of the person as the creature who, through Christ, is the image and likeness of the creator.”

“This is the great truth of which we are bearers and which we have the duty to witness and transmit also in our educational institutions,” the pope said.

According to the Vatican, the 50 people participating in the May 30-June 1 conference included representatives from Boston College and the University of Notre Dame in the United States and Australian Catholic University.