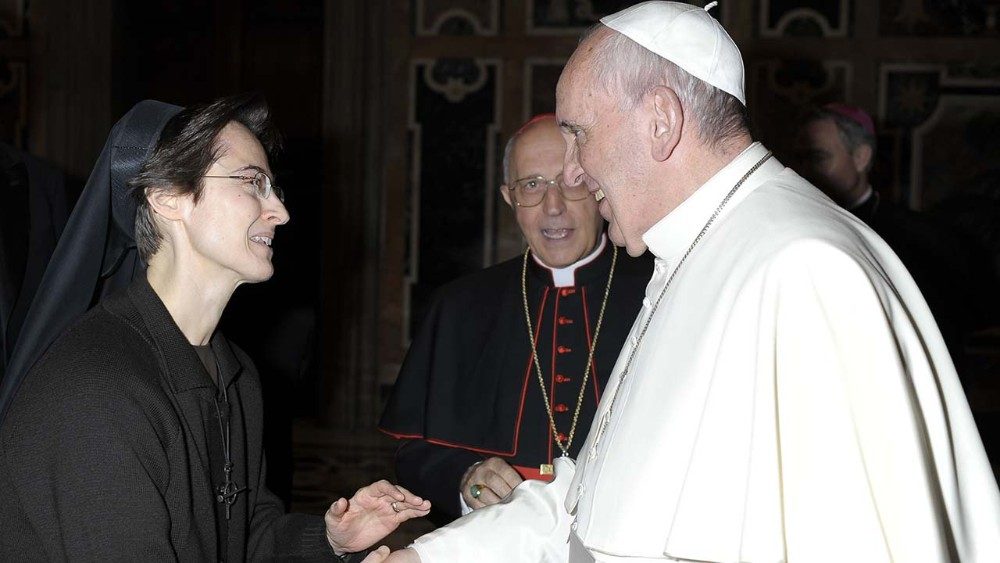 Pope Francis has appointed Sister Raffaella Petrini, an Italian member of the U.S.-based Franciscan Sisters of the Eucharist, to be secretary-general of the office governing Vatican City State.

The appointment, which includes overseeing departments as diverse as the Vatican Museums, post office and police force, effectively makes the 52-year-old Rome native the highest-ranking woman at the Vatican.

The position previously had been held by a priest, who was named a bishop shortly after becoming secretary-general.

The appointments of Sister Petrini and of a new vice secretary-general, Giuseppe Puglisi-Alibrandi, formerly head of the governate’s legal office, were announced by the Vatican on 4 November.

Sister Petrini succeeds Archbishop Fernando Vérgez Alzaga, who was named an archbishop and president of the commission governing Vatican City State on 1 October.

Other women named by Pope Francis serve in the No. 2 position of several offices, just as Sister Petrini will, but they either share the post with a male colleague or have been given the post on a temporary basis, at least initially. And none of those offices employ as many people as the Vatican governor’s office.

In August, Pope Francis named Salesian Sister Alessandra Smerilli interim secretary of the Dicastery for Promoting Integral Human Development, and in February he named Xavière Missionary Sister Nathalie Becquart one of two undersecretaries of the Synod of Bishops. The other undersecretary named was Augustinian Father Luis Marín de San Martín, who became a bishop.