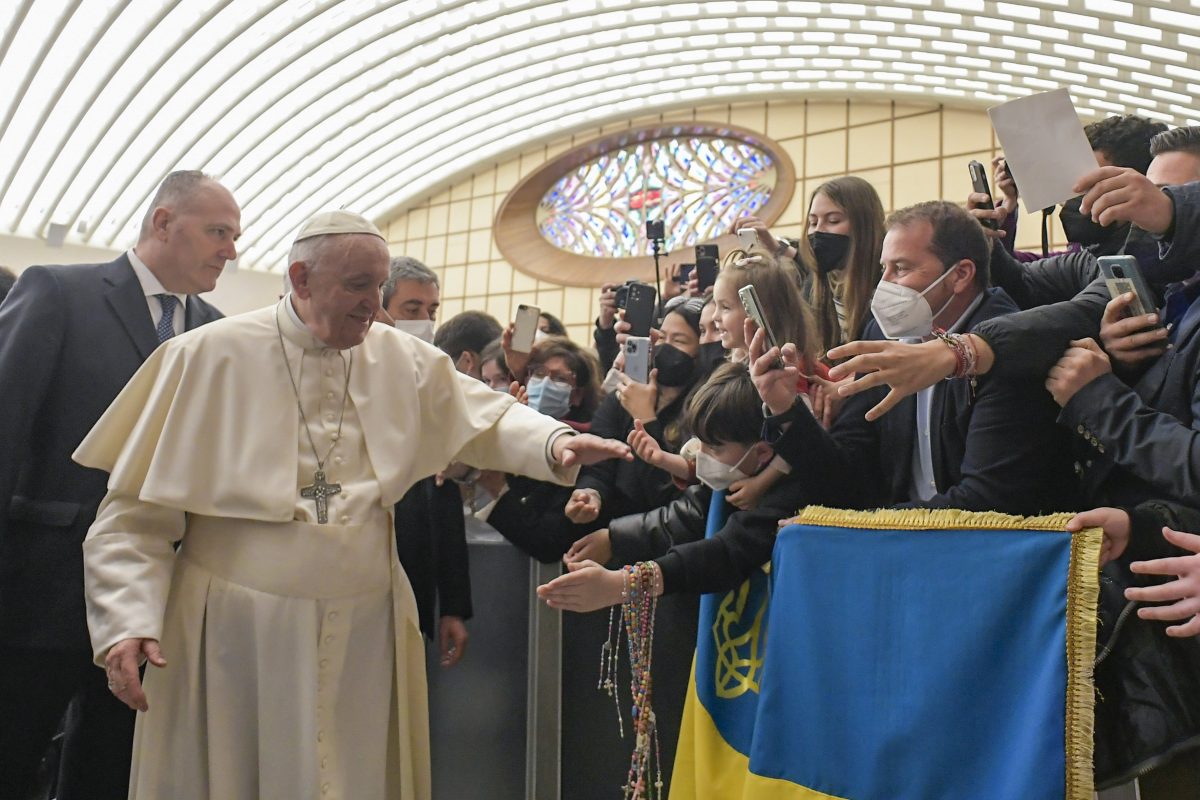 Pope prays for an end to war in Ukraine

Asking God to forgive all people tempted by violence, Pope Francis prayed for an end to the war in Ukraine and the fratricidal killing of both combatants and civilians caught in the crossfire.

“Forgive us, Lord, if we continue to kill our brother, if we continue, like Cain, to take the stones from our field to kill Abel,” the pope prayed on 16th March before concluding his weekly general audience.

“Lord Jesus Christ, son of God, we implore you to stop the hand of Cain, enlighten our conscience, let not our will be done, do not abandon us to our own doing,” he prayed. “Stop us, Lord, stop us, and when you have stopped the hand of Cain, take care of him also. He is our brother.”

The prayer for peace in Ukraine that the pope recited was composed by Italian Archbishop Domenico Battaglia of Naples and titled, “Forgive us for the war, Lord.”

The prayer compared the suffering of Jesus to those who were “born under the bombs of Kyiv,” those lying “dead in the arms of a mother in Kharkiv” and the “20-year-olds sent to the front line.”

“Forgive us if, not content with the nails with which we pierced your hand, we continue to drink from the blood of the dead torn apart by weapons,” said the prayer recited by the pope. “Forgive us if these hands, that you had created to protect, have been turned into instruments of death.”

He concluded the prayer by asking forgiveness from God for those who “legitimise cruelty” through violence and prayed for an end to the war through divine intervention.

“O Lord, stop the violence. Stop us, Lord,” he prayed.

Before the general audience, Pope Francis met with students from the “La Zolla,” a lay-run Catholic school in Milan. After addressing the children, the pope departed from his prepared remarks and asked the young students to think about the boys and girls suffering in Ukraine.

“They are like you-6, 7, 14 years old,” he said. “You have a future ahead of you, the security of growing up in a peaceful society. Instead, these little ones must flee from the bombs, they are suffering so much with the cold weather there.”

Asking the students to join him in prayer, Pope Francis closed his eyes and lowered his head, praying to God to protect the children caught in the war who “do not have anything to eat” and are forced to flee their homes.

Picture: Pope Francis walks near a flag with the national colours of Ukraine during his general audience in the Paul VI hall at the Vatican on 16th March 2022. (CNS photo/Vatican Media)