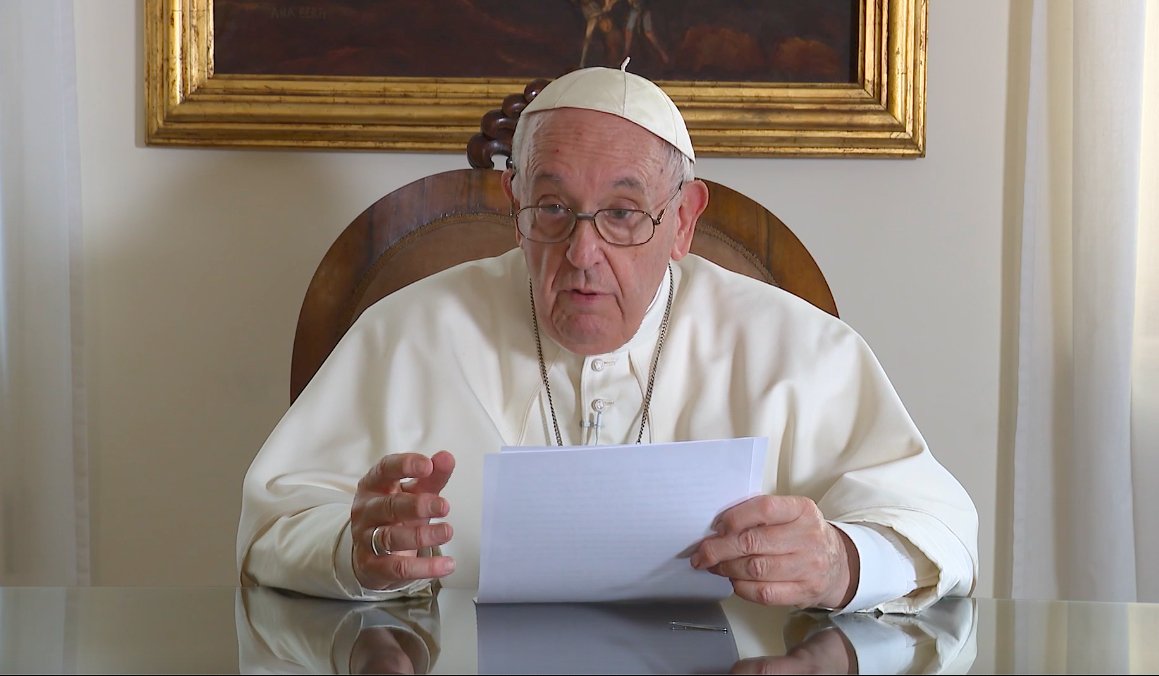 Expressing their disappointment at not being able to visit South Sudan, Pope Francis, Anglican Archbishop Justin Welby and Church of Scotland leader Rev. Iain Greenshields urged the country’s squabbling leaders to uphold their commitments to peace.

Pope Francis, who was supposed to visit Congo between 2-5 July before going to South Sudan between 5-7 July on an ecumenical pilgrimage of peace with the Anglican and Presbyterian leaders, released a video message on 2nd July to the people of both Congo and South Sudan.

“The Lord knows how greatly disappointed I am to have had to postpone this long-awaited and much-desired visit. But we remain confident and hopeful that we shall be able to meet as soon as possible,” the pope said in his message. His doctors had advised him to postpone the trip while being treated for knee pain.

Still, the pope said, “I carry within me, in prayer, the pain that you have endured for all too long.”

Pope Francis sent Cardinal Pietro Parolin, Vatican secretary of state, to the two countries in his stead, but he also celebrated Mass on 3rd July with Congolese Catholics living or studying in Rome.

Unfortunately, he said in the video, “exploitation, violence and insecurity” still plague Congo, “particularly in the east of the country, where armed conflicts continue to cause much intense suffering, aggravated by the indifference and the convenience of many.”

In South Sudan, he said, people, “weary of violence and poverty, await concrete results from the process of national reconciliation.”

“I would like to contribute to that process, not alone, but by making an ecumenical pilgrimage together with two dear brothers, the Archbishop of Canterbury and the moderator of the General Assembly of the Church of Scotland,” he said.

Pope Francis urged the Congolese and South Sudanese not to let themselves be “robbed of hope. Think, you who are so dear to me, of how much more you are precious and beloved in the eyes of God, who never disappoints those who put their hope in him!”

“You have a great mission, all of you, beginning with your political leaders: it is that of turning a page in order to blaze new trails, new paths of reconciliation and forgiveness, of serene coexistence and of development,” the pope said.

“It is necessary to lay down arms, to overcome all resentment and to write new pages of fraternity,” he said.

In his message, Archbishop Welby acknowledged the ongoing suffering of the South Sudanese people. “I see the floods that endanger your homes; I see the famine that makes each day a struggle,” he said; “and I see the violence that overshadows so much.”

“I pray that your leaders would remember those commitments,” Archbishop Welby said. “Peace requires much more than not being at war. It must be created together, with your fellow leaders and even with your enemies.”

Rev. Greenshields told the South Sudanese that they are in his thoughts and prayers.

“You are very much in our thoughts and in our prayers during these difficult times that you’re having to experience,” he said.

“We hope that we’ll be able to come and in some way serve and help you.”

Picture: Pope Francis addresses the people of Congo and South Sudan in a video released on 2nd July 2022. Pope Francis was to have visited the two countries in early July, but was forced to postpone the trip because of problems with his knee. (CNS screen grab/Vatican Media)