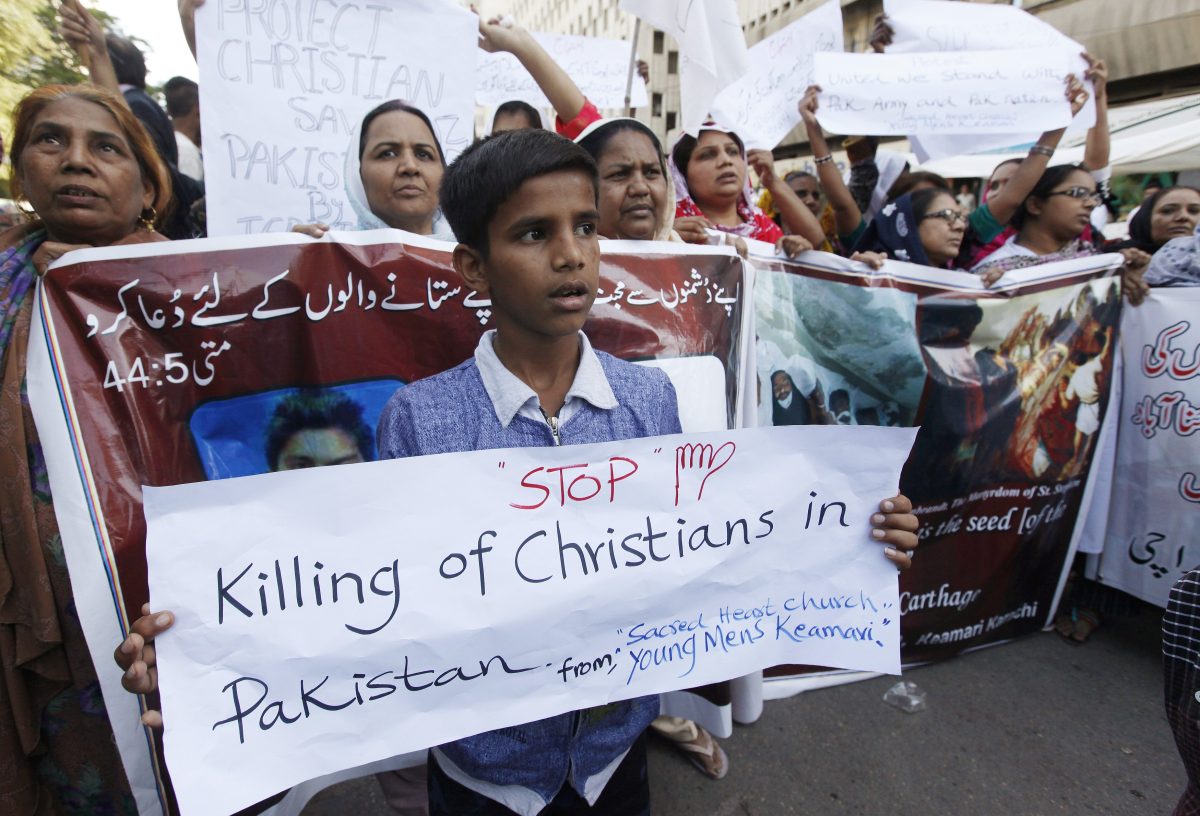 Akash Bashir, a 20-year-old volunteer security guard who was killed by a suicide bomber in 2015, is the first Pakistani to be given the title, “servant of God,” an initial step on the path to sainthood.

Archbishop Sebastian Shaw of Lahore, Pakistan, informed Catholics of his archdiocese that Pope Francis had granted the title to Bashir on 31st January, the feast of St. John Bosco.

“We praise and thank God for this brave young man, who could have escaped or tried to save himself, but he remained steadfast in his faith and did not let the suicide bomber enter the church. He gave his life to save more than a thousand people present in the church for Sunday Mass,” the archbishop said, according to Fides, the news agency of the Congregation for the Evangelization of Peoples.

Bashir had studied at the Don Bosco Technical Institute in Lahore and was one of the parishioners of the Church of St. John who volunteered to provide security outside the church.

“Akash was on duty at the church entrance gate on March 15, 2015, when he spotted a man who wanted to enter the church with an explosive belt on his body,” Fides said. “Akash blocked him at the entrance gate, foiling the terrorist’s plan to massacre those inside the church.”

The terrorist blew himself up, killing Bashir and two other people who were outside. His last words were: ‘I will die, but I will not let you in.'”

At about the same time, another suicide bomber struck the nearby Christ Church.

A total of 17 people were killed by the bombers and more than 70 were injured. The terrorist group Tehreek-e-Taliban Pakistan Jamaat-ul-Ahrar claimed responsibility.

Two Muslims who were suspected of being involved in the bombings were attacked and killed shortly after the bombings.

Picture: People from the Christian community attend a protest in Lahore, Pakistan, in this March 16, 2015, file photo. The protest was to condemn suicide bombings on two churches in Lahore the previous day. Akash Bashir, a 20-year-old volunteer security guard who was killed in an attack outside a Catholic church, is the first Pakistani to be given the title “servant of God,” an initial step on the path to sainthood. (CNS photo/Akhtar Soomro, Reuters)