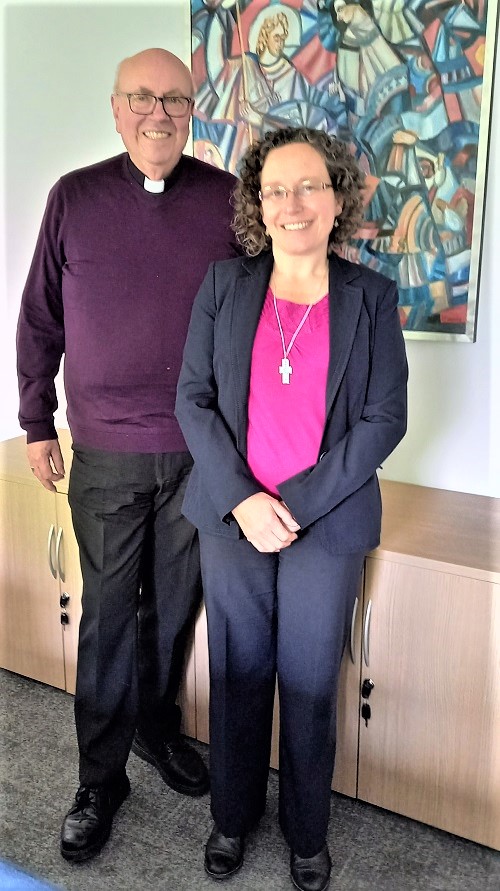 Sr Lynne will be a key member of the new Archbishop’s Advisory Body, and will ensure that the voice of a woman will be heard as the archbishop makes important decisions.

The appointment comes almost 12 months after the archdiocese met for the Synod 2020 on 20th June 2021. Since then, the pastoral plan has been written, promulgated and implementation is ongoing.

Sr Lynne belongs to the Faithful Companions of Jesus, an Ignatian congregation of religious sisters.

A key call from the Synod was to renew the Church by reaching out, and being welcoming and inclusive.

The Pastoral Plan called for a new role to “place at the forefront of life of the Church inclusivity, justice and peace, the poor, marginalised and the environment, recognising that concern for the environment is a core dimension of our evangelising mission in the world.”

Archbishop Malcolm McMahon OP explained the appointment. “I truly believe that Sr Lynne is the best person to help develop this important area of our life as a Church and to guide us as we implement the call and direction set by the Synod,” he said.

“The Synod clearly called us to reach out to those who feel on the edges of both Church and society and it is clear to me that only if we look outward will we renew ourselves.”

Sr Lynne is very ‘excited’ to take up the role. “I am delighted to be able to take up this appointment as Archbishop’s Delegate and to contribute to the mission of the Archdiocese in this new way as the Church seeks to include the voice of women in its decision-making bodies,” she said.

“My area of responsibility, Catholic social action, is far reaching in these challenging times, but the archdiocese and its people have a strong history of social action, welcome and inclusion. I am excited to further enable this work to flourish, to ensure it is rooted in Catholic social teaching, and that it remains a significant aspect of the archdiocesan agenda.”

Sr Lynne’s appointment is the first step in changing the governance structures of the Archdiocese after the Synod called for the voice of women to be heard and acknowledged.