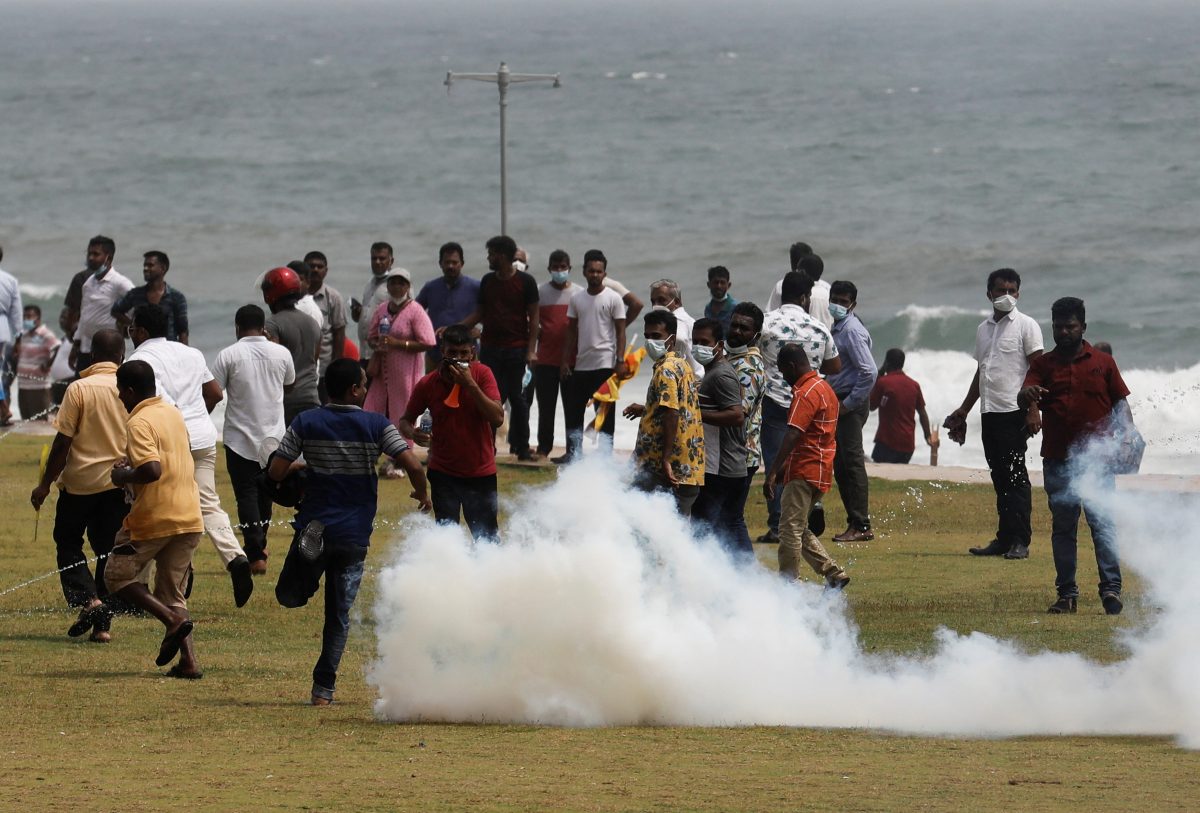 Religious leaders called on the Sri Lankan government to reconsider the state of emergency and not restrict people’s rights to freedom of peaceful assembly and expression.

But after a night of peaceful protests that turned violent, Prime Minister Mahinda Rajapaksa resigned. His younger brother, President Gotabaya Rajapaksa, declared a state of emergency beginning at midnight 6th May after a crippling strike and protest over Sri Lanka’s economic crisis. Sri Lankans have accused both men of mishandling the crisis.

“We want to tell the entire world that the present government uses emergency laws to silence the voice of the people,” said Father Amila Jeevantha Peiris. “It is a massive struggle of Sri Lankan citizens against the dictatorial tyranny of the Rajapaksa regime.”

Ucanews.com reported Father Peiris said the struggle challenges government parties to step down and leave power. He spoke before the announcement of the prime minister’s resignation.

He claimed the government was threatening freedom of expression. “It’s a citizen’s right,” he said. “We continue our protest against all the government efforts to silence the voice of the people.”

The Sri Lankan government said the state of emergency was declared to ensure political stability, which is a vital condition in overcoming the socioeconomic crisis and to assure public safety and uninterrupted supply of essential services.

The economic and political situation has triggered countrywide protests demanding the resignation of Gotabaya Rajapaksa and his ruling family.

Under the emergency regulations, the president can authorise detentions, seize possessions of property and suspend any law.

Nagasthenne Aruna Thera, a Buddhist monk, said that instead of pursuing their own ambitions, the Ragjapaksa regime should listen to the voices of the people.

“Don’t try to stop these peaceful protests of the people by imposing emergency laws,” he said.

The European Union, U.S. and rights organisations have questioned the use of emergency powers.

The Bar Association of Sri Lanka urged the president to revoke the proclamation as it is not the solution to the situation in the country, and it called on the president to explain the reasons for his decision to the public and ensure that fundamental rights are not violated.

The Human Rights Commission of Sri Lanka asked the government to explain to the public the reasons for the declaration of the state of emergency as protests has mostly taken place within the confines of peaceful and normal police operations.