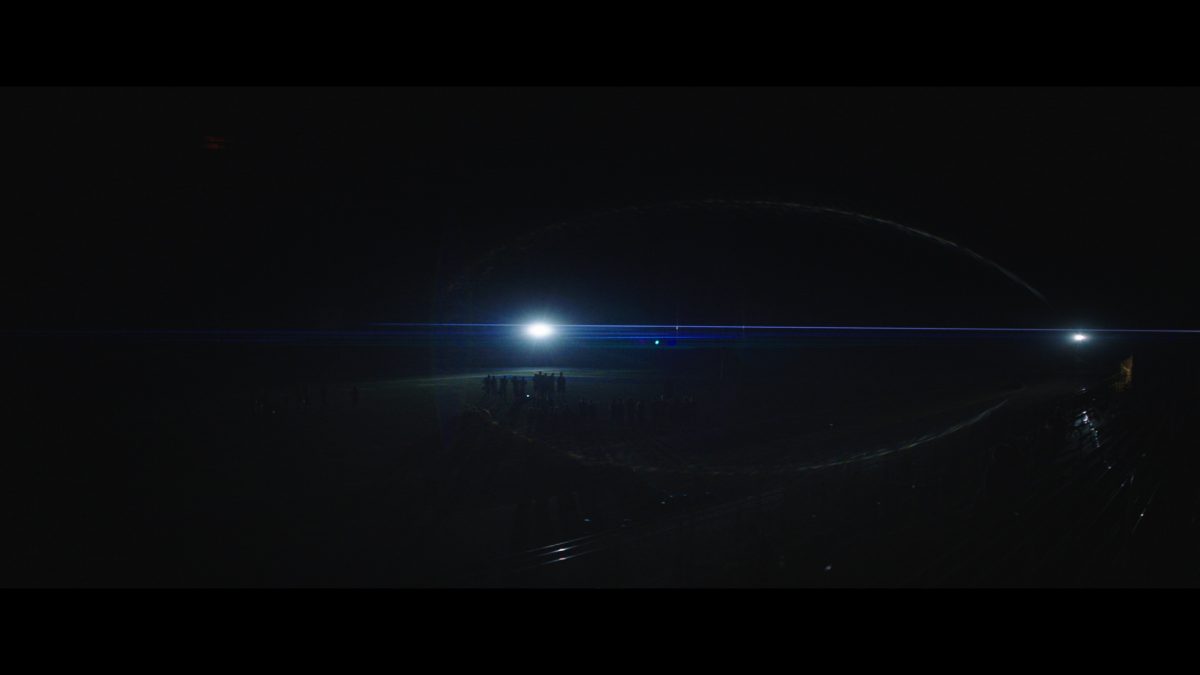 One of the best, yet frustrating, parts of playing with Lego as a kid happened when the big bin got dumped on the floor and it was a mad rush to gather up all the best and limited pieces. Endlessly sweeping our fingers back and forth.

Looking, searching, and slowly acquiring the right bits to assemble something we could each be happy with – or at least looked right to us. The UFO/UAP (unidentified aerial phenomenon) issue is no different. In the US, the Pentagon has effectively started the same process as the giant Lego dump with its initial UAP report released earlier this year. You may recall I commented on it in early summer issues of the Universe.

The experience is both overwhelming and effective. It allows for everyone to get a startling snapshot of the messy kaleidoscope suddenly before them. Seeing it all and also seeing nothing. The Lego in this case is the dramatic and sudden reversal of nearly 80 years of UAP/UFO denial. As the Pentagon looks to have a permanently funded office that must regularly report to elected leaders what it knows and what it finds on the UAP issue, including retrieved materials, it gives hope that the slow creep towards greater understanding might turn into a steady march, assuming it heads in the right direction.

While nebulous in its conclusions, the initial Pentagon report contains enough pieces that leads to a bigger, more complete picture of what is happening. (And has likely been happening for much, much longer than advanced computers have been around.) In a nutshell; strange objects have been observed for decades of varying shapes (cylinders, cubes, pyramids and saucers) that operate without any known or visible propulsion, avionics or heat signatures.

They move at incomprehensive and unattainable speeds underwater, in the air and space, but move with zero resistance to friction or gravity. They also possess the ability to move fast distances almost instantaneously and can actively jam the most advanced radar and weapons systems of the most advanced military in the world. The US government spent over $1 trillion on the F-35 fighter plane that appears to be useless against these mysterious objects.

It begs the question of where the unexplained flying objects originate from. For if they are US Air Force, why spend decades and all that money on antiquated weapons of war if the government can already produce advanced flying geometric shapes that’s the equivalent of putting a deadly laser next to a neanderthal holding a rock?

You cannot build what the UAP/ UFO phenomenon represents to all people. You can only give the necessary pieces to help draw their own conclusions. Throwing it all on the ground at once forces a slower process of gathering the right pieces, some of which your brain is already prepared to find, while still allowing each individual to map their own path to finishing. As the neighbourly and TV-friendly former (?) lifelong US intelligence officer Lue Elizondo, who has a deep understanding of behavioral sciences and psychological manipulation, pointed out, it is good for the general public to begin the “thought experiments” about UFOs.

You cannot get everyone on the same page. However, if done right, you can have most of them at least reading from the same book. The best minds, technology (and the freedom to print money as long as you have ink and paper) should be able to point to either Russia or China as the definitive culprit, or else blame the military-industrial titans like Lockheed-Martin’s Skunk Works or other government secret programmes. But it can’t.

When one of the most senior and staunchly Christian and right wing Republican Senators in Washington, who happens to be a former Presidential candidate, rejects the communist adversary theory and embraces the idea they could be otherworldly, it should give more than pause for thought. The Pentagon admits that the UFO/UAP issue is not homegrown. If the West doesn’t have it, and neither does its traditional adversaries, then you begin running out of plausible options. Which goes back to Elizondo’s point. We need to go through the rational examinations to get comfortable with some of the more out-worldly concepts that might be leftover.

All of which point to things beyond current mainstream acceptability. And yet. The evidence is all there. There are no easy answers. We live in a world where we prefer, and often get, easy conclusions. Wrapped up nice and easy. However, the UAP/UFO issue is as layered and complex as anything we think we understand, or don’t. Which makes this a delicate balancing act between keeping the public’s curiosity train rolling, while not prematurely pulling into the wrong station before the final destination is reached. Especially if there are existential threats from an unknown visitor with unknown purpose.

Humans have a spotty history achieving positive outcomes when encountering new things. It is why now, more than ever, the global community must work together with boundless curiosity and scientific discipline. A great example is an incident over a packed football stadium in Florence, Italy on 27th October 1954. Strange objects in the sky, some described as ‘cuban cigars’ and ‘glowing orbs’, were seen hovering and flying above. Curiously, there were reports of wispy, white filaments seen floating down to the ground afterwards. Lab tests allegedly showed the white material contained silicon, boron, magnesium and calcium. Not the organic compounds necessary to be spider webs, as some theorised. A phenomenon that may not be an isolated incident after some UFO/UAP sightings.

Incidents like this illustrate why a co-ordinated and collective scientific approach could help demystify things in at least some aspects. This is a phenomenon without geo/political boundaries. Countries everywhere, in both hemispheres, have similar encounters. It is bigger than any one country or institution. A recent gathering in the microstate of San Marino this summer, under the shadow of the Vatican, brought in a wide range of scientists and influencers in the UFO/UAP community, both private, political and those on social media. They came to push for a wider comprehensive agenda to investigate the issue. The gathering did provide a new catalyst to bring the topic to the forefront at the United Nations, where Grenada’s former Prime Minister almost succeeded in doing so in the late 1970s.

On a broader scale, if the UFO/UAP issue links to nuclear energy and weapons, water, or even our understanding of time, space and dimensions and human history – every one of those angles leads to places without clear answers, and perhaps the current means to achieve them. This is a lot bigger than just lights in the sky. Let alone what it could mean for organised religions.This is an issue with no clear answer. Yet, the mysteries and possibilities swirling in the mind’s eye can lead to unease or at least a sense of uncertainty in something we don’t fully comprehend.

So far, even as more fractional bits of disclosure go public week after week, it also seems to be met with increasing indifference. Which might be part of the overall plan. Exposure therapy delivers proven results. Lowering people’s fear responses and desensitising such an explosive issue is really just setting the table for a main course that could be very hard to swallow. Who is operating the crafts? Where are they coming from and for what purpose? History is littered with examples of shapes and objects, seen over and over. Does it mean they are all from the same source? Depends, perhaps, on frame of reference. Elon Musk sent a Tesla Roadster sports car into space. It is an object hurled by humanity into the black emptiness of the cosmos.

The UFO/UAP phenomenon might be of a similar nature. As a whole, it represents a singular concept. But in practice, it may be fractured into various subsets, each with its own unique aspects. Answers to many of these questions may lie in looking to the past for commonalities. Few hold better historical records of the past half millennium than Jesuits. What those writings and accounts may hold, could help fast track our understanding of where we are going if we’re open minded enough to look back to the future.

PHOTO: A scene from the television show “UFO.”(CNS photo/courtesy Showtime)