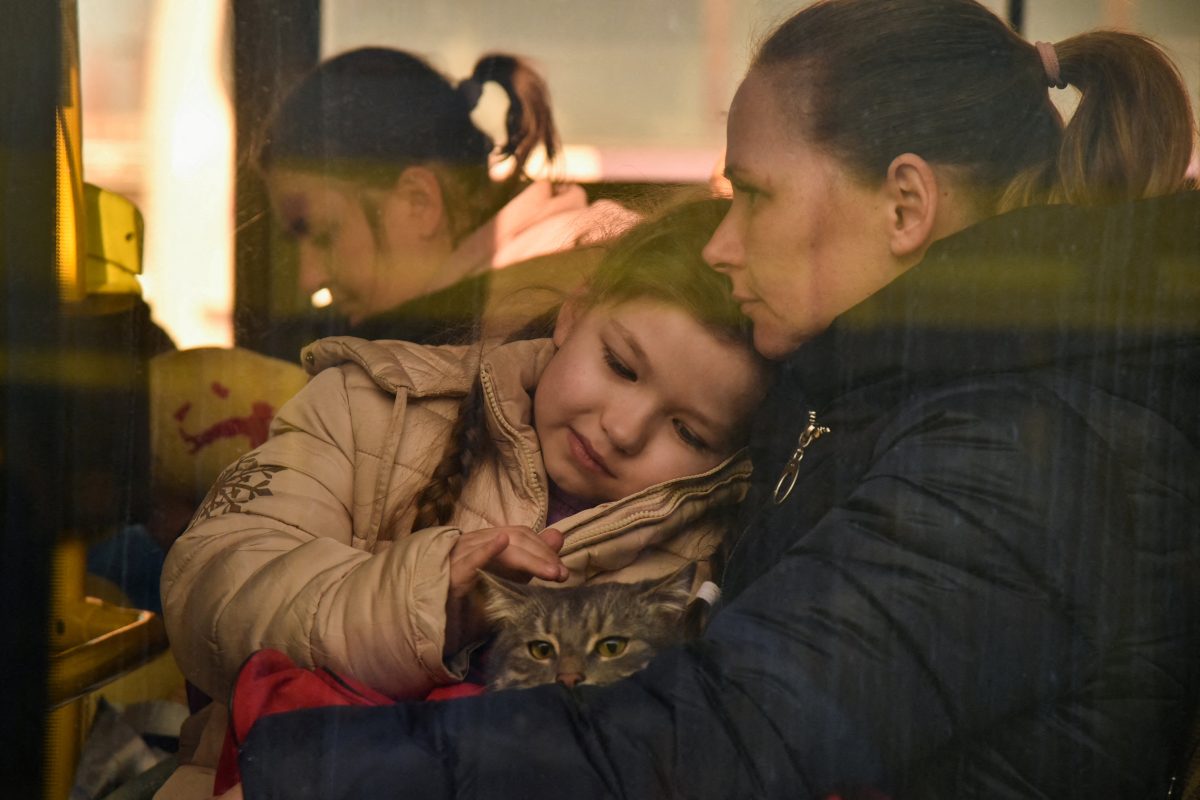 Women praying for peace, defending their nation, staying behind to care for loved ones, mourning loss and death, or fleeing to bring their children to safety all symbolise hope for Ukraine, said the head of the Ukrainian Catholic Church.

The women of Ukraine are “a symbol of fearlessness, a symbol of victory of life over death, a symbol of the fact that Ukraine will stand even through such inhumane circumstances,” said Archbishop Sviatoslav Shevchuk of Kyiv-Halych, head of the Ukrainian Catholic Church, in a video message on 17th March.

“When we speak of our homeland, our Ukraine, which is standing, which is fighting, I see before my eyes the image of a woman. A woman as a symbol of Ukraine,” he said in the message subtitled in English.

News images and daily life show women who bear the burden of war, who are building and defending the future, who protect, feed and care for their loved ones, he said.

“When we care for our people who are hiding in bomb shelters, we see first of all women. The woman is today the symbol of the strength and courage of Ukraine,” he said, adding that it is this “female strength that gives Ukraine hope.”

Archbishop Shevchuk expressed his gratitude and prayers for the women in the military, defending their homeland against “this great horrible and unjust aggression against Ukraine.”

“Who can fully comprehend the pain of a woman, a mother, who mourns the death of her son killed in war? Or a woman who has lost her husband, brother or sister? But most of all we are amazed by women who stand in prayer before God,” praying for their city and their country, he said.

In preparation for Pope Francis consecrating Ukraine and Russia to the Immaculate Heart of Mary during a penitential prayer service in St. Peter’s Basilica on 25th March , the archbishop said Ukrainian Catholics continue to pray to the Mother of God, and “we would like to dedicate women and the women of Ukraine” to her protection.

Picture: A child pets a cat in a bus for refugees fleeing Russia’s invasion of Ukraine, in Lviv, Ukraine, on 13th March 2022. (CNS photo/Pavlo Palamarchuk, Reuters)