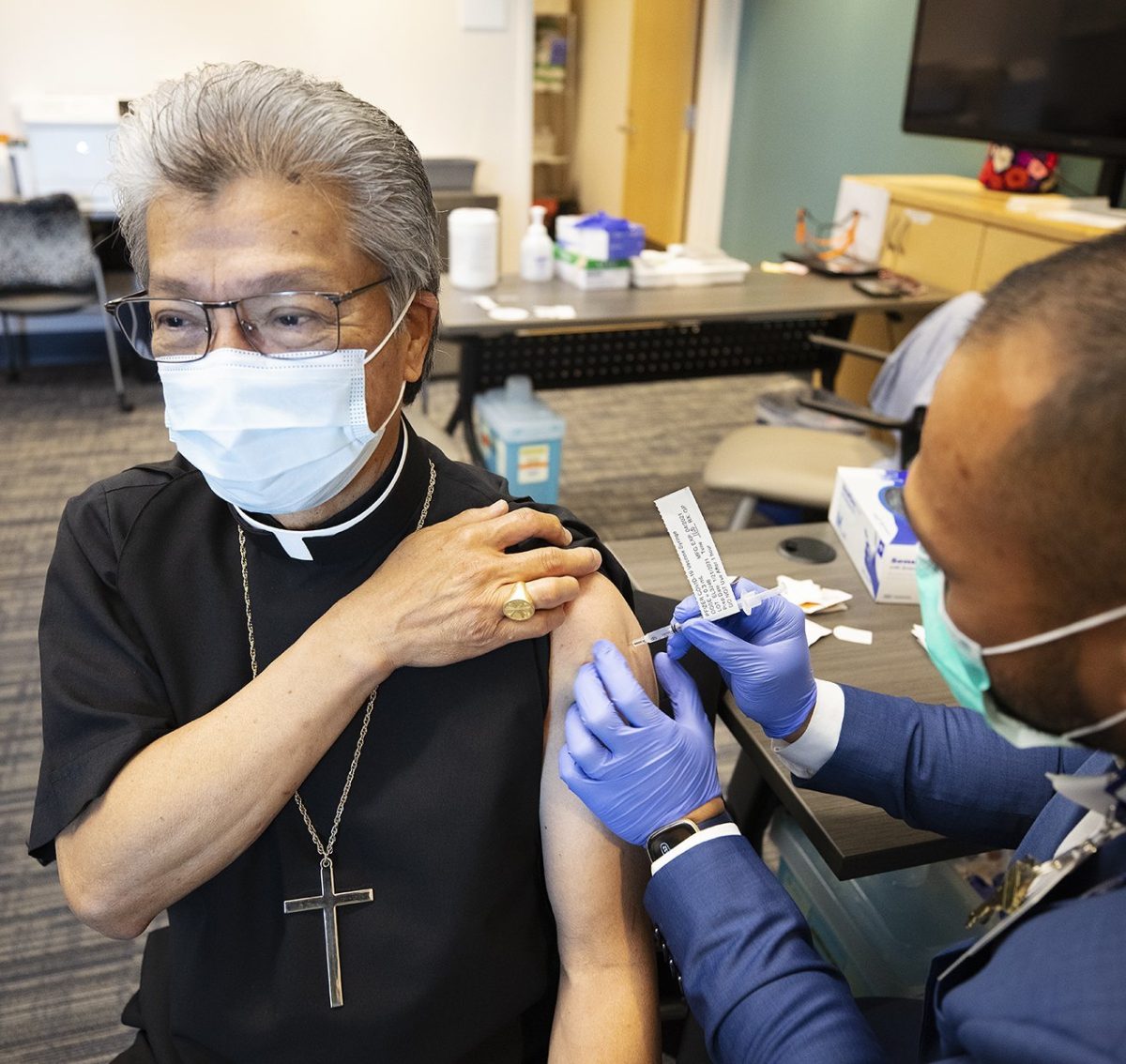 The Pope has denounced fake news about Covid-19 and vaccines, condemning the “distortion of reality based on fear” and urging that people who believe such lies are helped to understand scientific facts.

Francis met Catholic journalists who have formed a fact-checking network to try to combat misinformation about the pandemic.

He has frequently called for responsible journalism that searches for the truth and respects individuals, and his meeting with the “Catholic fact-checking” media consortium furthered that message.

“We can hardly fail to see that these days, in addition to the pandemic, an ‘infodemic’ is spreading: a distortion of reality based on fear, which in our global society leads to an explosion of commentary on falsified if not invented news,” Francis said.

He said access to accurate information, based on scientific data, is a human right that must be especially guaranteed for those who are less equipped to separate out misinformation and commentary masquerading as fact that is available online.

Francis also asked for a merciful, missionary approach to those who fall prey to such distortions so they are helped to understand the truth.

“Fake news has to be refuted, but individual persons must always be respected, for they believe it often without full awareness or responsibility,” he said.

“Reality is always more complex than we think and we must respect the doubts, the concerns and the questions that people raise, seeking to accompany them without ever dismissing them.”

Some Catholics, including some conservative US bishops and cardinals, have claimed that vaccines based on research that used cells derived from aborted foetuses are immoral, and have refused to have the jabs.

The Vatican’s doctrine office says it is “morally acceptable” for Catholics to receive Covid-19 vaccines, including those that used such cells.

Francis and Emeritus Pope Benedict XVI have both been fully vaccinated with Pfizer-BioNTech shots.

The Pope has been one of the most vocal religious leaders speaking out in favour of vaccines and respect for measures to fight the pandemic.

He has implied that people have a “moral obligation” to ensure the health of themselves and others, and the Vatican recently required all staff to either be vaccinated or show proof of having had Covid-19 to access their workplaces.