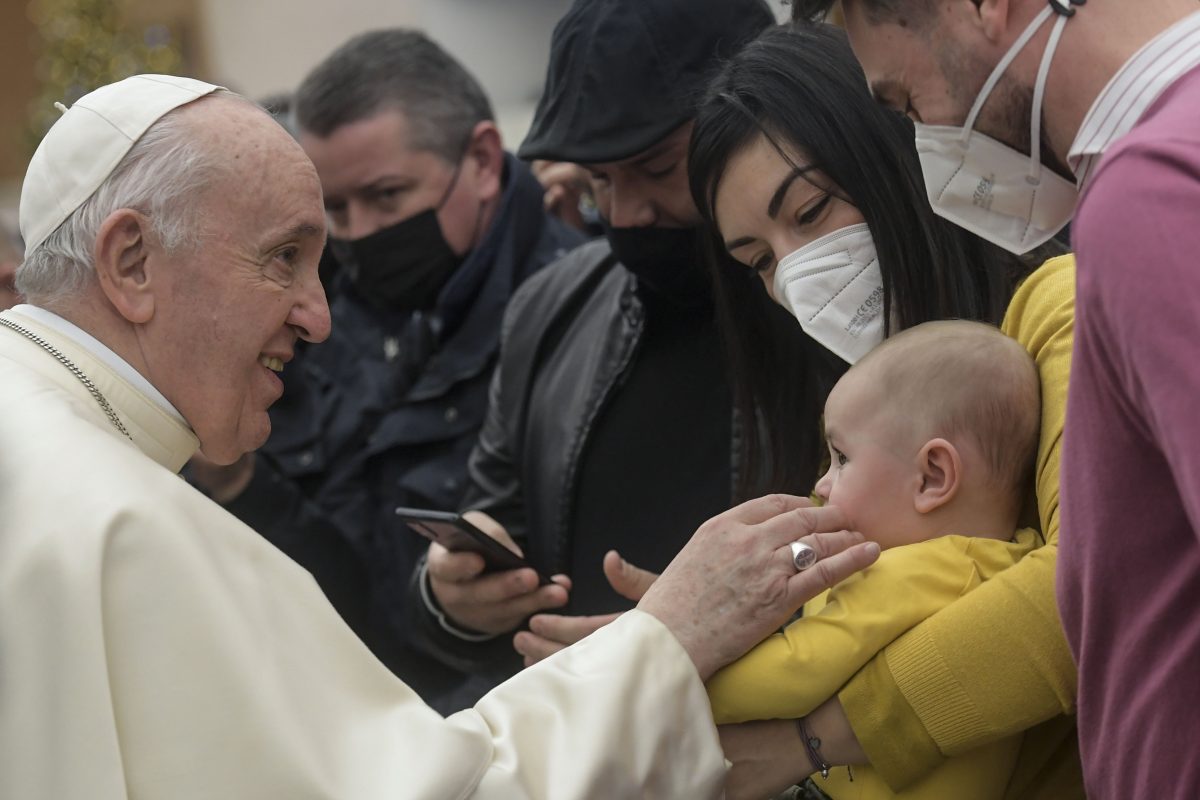 Pope Francis’ annual pre-Christmas speeches to the leadership of the Roman Curia often have been reported – by the media and some members of the Curia itself – as scoldings.

A hint of that tone was present on 23 December, but overall the talk was more a homily and an encouragement to service.

“Only by serving, and by seeing our work as service, can we be truly helpful to everyone. We are here — I myself before anyone else — to learn how to kneel and adore the Lord in his humility, not other lords in their empty trappings,” the pope told the cardinals, archbishops, bishops, monsignors, priests and a few religious sisters and laypeople.

“The humble give life, attract others and push onwards toward the unknown that lies ahead,” the pope said. “The proud, on the other hand, simply repeat, grow rigid and enclose themselves in that repetition, feeling certain about what they know and fearful of anything new because they cannot control it; they feel destabilized because they have lost their memory.”

Later the same day, Pope Francis held an open audience for all Vatican employees and their families — an annual appointment he began as an opportunity to recognise their service.

In that speech, he focused on love, especially within the family, and on the many challenges the COVID-19 pandemic has created, particularly for Vatican employees who have children to look after and parents or grandparents to care for.

The reorganisation of the Roman Curia was one of the first major projects Pope Francis launched after his election in March 2013 and was one of the primary reasons he established his international Council of Cardinals.

A draft of the document setting out the new Curia structure, provisionally titled “Praedicate Evangelium” (“Preach the Gospel”), was sent to bishops’ conferences and others for comment in spring 2019. For more than a year after that, Vatican statements about the meetings of the Council of Cardinals spoke of reviewing comments, revising the text and preparing it for translation.

But while some pieces of the reform already have been activated — the creation of the Dicastery for Communication, the Dicastery for Promoting Integral Human Development and the Dicastery for Laity the Family and Life — the statements about meetings of the Council of Cardinals have focused in 2021 on the impact of the COVID-19 pandemic and on the listening and discernment process underway for the assembly of the Synod of Bishops in 2023.

In a similar way, Pope Francis’ speech to the leaders of the Roman Curia on 23 December focused more on the synod than on the structure of the Curia, although he spent plenty of time on the core principles he hopes will make the reorganisation a true reform.

The focus was humility, a virtue necessary for faith and for service.

“The organisation that we must adopt is not that of a business, but is evangelical in nature,” he told the Curia leaders.

“For this reason, if the word of God reminds the whole world of the value of poverty, we, the members of the Curia, must be the first to commit ourselves to being converted to a style of sobriety,” he said. “If the Gospel proclaims justice, we must be the first to try to live transparently, without favoritism or cliques.”

And, he said, in promoting a style of synodality for the whole church — a style marked by truly listening to one another and the Holy Spirit — the Curia must lead the way by being “converted to a different style of work, of cooperation and communion. All this is possible only by following the path of humility.”

In the process leading up to the celebration of the assembly of the Synod of Bishops in 2023, he said, “humility alone can enable us to encounter and listen, to dialogue and discern.”

Hanging on too tightly to “our convictions and experiences,” he said, “it will be difficult to be open to that experience of the Spirit,” who lives and works in all of the baptized.

“That word — all — leaves no room for misunderstanding,” Pope Francis told them. “The clericalism that, as a temptation, daily spreads in our midst, makes us keep thinking of a God who speaks only to some, while the others must only listen and obey.”

However, he said, the synod and its goal of promoting a synodal style of everyday life in the church, one that includes real participation, effective communion and always mission, will only be experienced as everyone in the church recognises themselves as part of “the holy and faithful people of God.”

Picture: Pope Francis greets a baby during an audience to give Christmas greetings and a message to Vatican employees and their families, in the Paul VI hall at the Vatican on 23 December 2021. (CNS photo/Vatican Media)