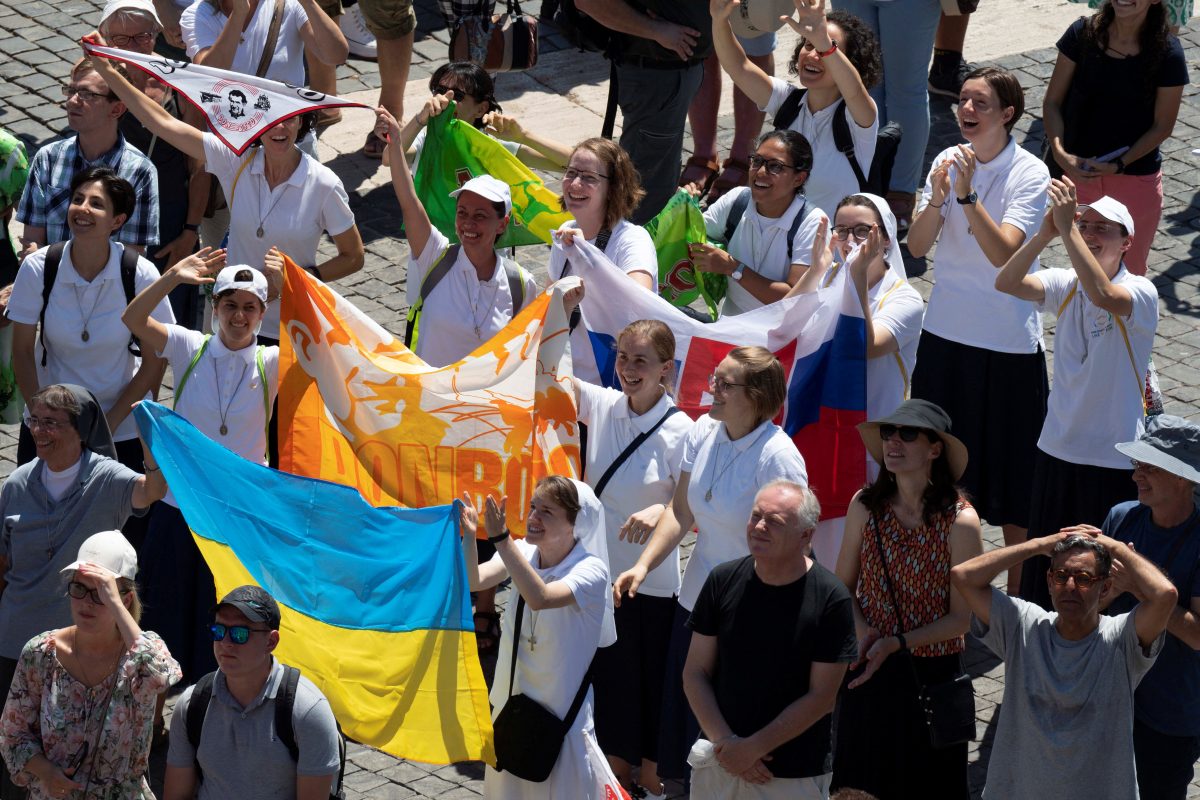 Stop the war in Ukraine and negotiate, pope says

The only reasonable way to address the suffering of Ukrainians is to stop fighting and negotiate, Pope Francis said.

Even during his busy six-day journey to Canada, “I did not cease praying for the suffering and battered Ukrainian people, asking God to free them from the scourge of war,” the pope said after praying the Angelus with visitors in St. Peter’s Square on 31st July.

“If one looked at what is happening objectively, considering the harm that war brings every day to those people, and even to the entire world, the only reasonable thing to do would be to stop and negotiate,” the pope said.

Ukraine President Volodymyr Zelenskyy has said that Ukraine will negotiate with Russia when its nation’s forces have succeeded in fighting the Russian army back to where it was positioned on 24th February, the day Russian President Vladimir Putin launched an invasion of Ukraine.

Putin has said the possibility of negotiations would become more remote the longer the conflict continued. Russia has claimed the conflict is a proxy war being waged against Russia by “the West.”

Picture: Nuns hold a Ukrainian flag as Pope Francis leads the Angelus from the window of his studio overlooking St. Peter’s Square at the Vatican on 31st July 2022. (CNS photo/Vatican Media via Reuters)