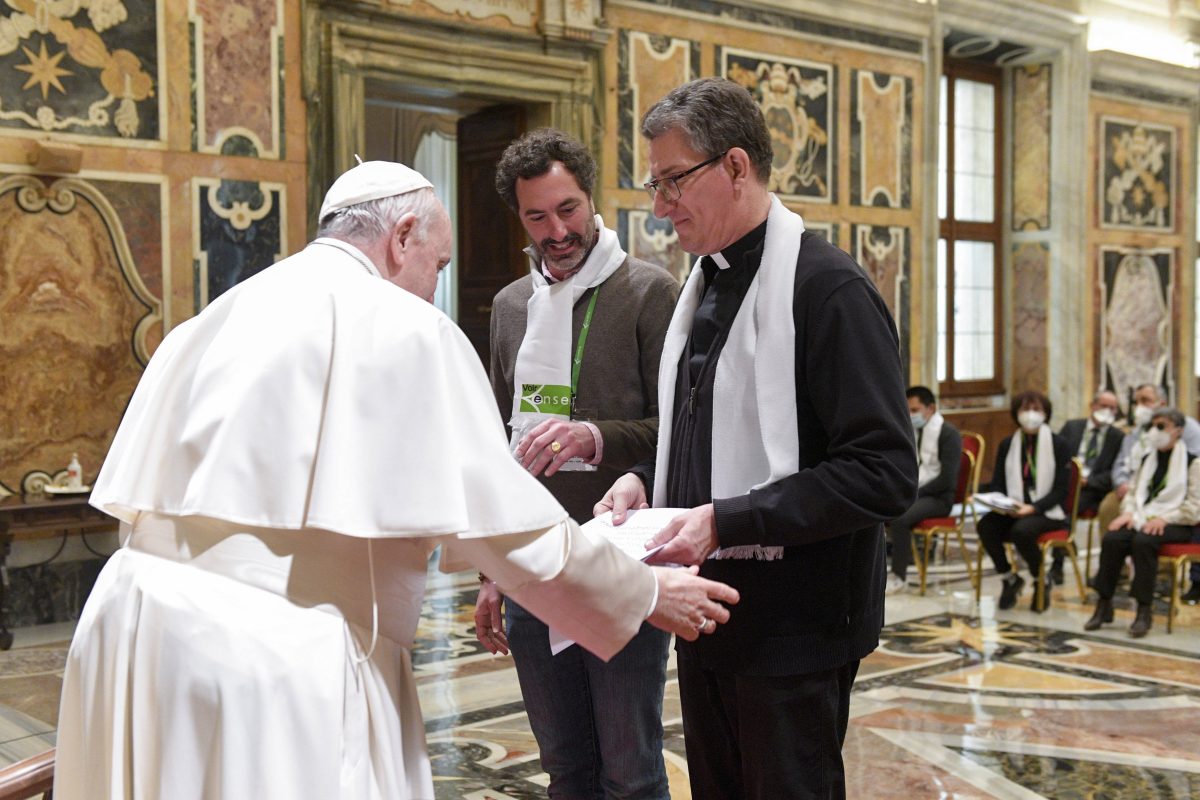 With Jesus, people can see others with tenderness, pope says

Jesus can help people see with their heart because what is essential is invisible to the eye, Pope Francis said.

“To see with the heart is to see the world and our brothers and sisters through God’s eyes,” he said in a talk to members of the Paris-based “Voir Ensemble” association during an audience at the Vatican on 19th February. The movement, which offers support and programs for people who are blind or visually impaired, was founded in 1927 by Jesuit Father Yves Mollat, who was blind.

“Jesus invites us to renew our way of seeing people and things,” the pope told the group. “He proposes to us an ever-new vision of our relationships with others, especially in the family, of our human frailty, of illness and death.”

During his earthly ministry, Jesus was always able to see people with tenderness and to desire an encounter with them, while many of those around him were still blinded by a “culture of prejudice.”

The same thing happens today when people only look at superficial appearances and judge those who “are worthy of interest in relation to their physical appearance, their clothing, their beautiful houses, their luxury cars, their social status, their wealth,” he said.

“It is only with the heart that one can see rightly; what is essential is invisible to the eye,” the pope said, quoting Antoine de Saint-Exupéry, the French author.

Jesus invites everyone to see everything through God’s eyes, Pope Francis said.

“Faith is not reduced to a set of theoretical beliefs and traditions or a set of customs. It is a bond and a journey following Jesus, who always renews our way of seeing the world and our brothers and sisters,” he said.

“Let Jesus teach you to see with the heart,” he said. “Only he truly knows the heart of the human person, only he can free it from closedness and inflexibility and open it to life and hope.”

Picture: Pope Francis leads an audience with members of the Voir Ensemble Association at the Vatican on 19th February 2022. The Paris-based association offers support and programmes for people who are blind or visually impaired. (CNS photo/Vatican Media)

U.K. study shows correlation between suicides and assisted dying
Previous Post
Pope calls for day of prayer and fasting for peace in Ukraine