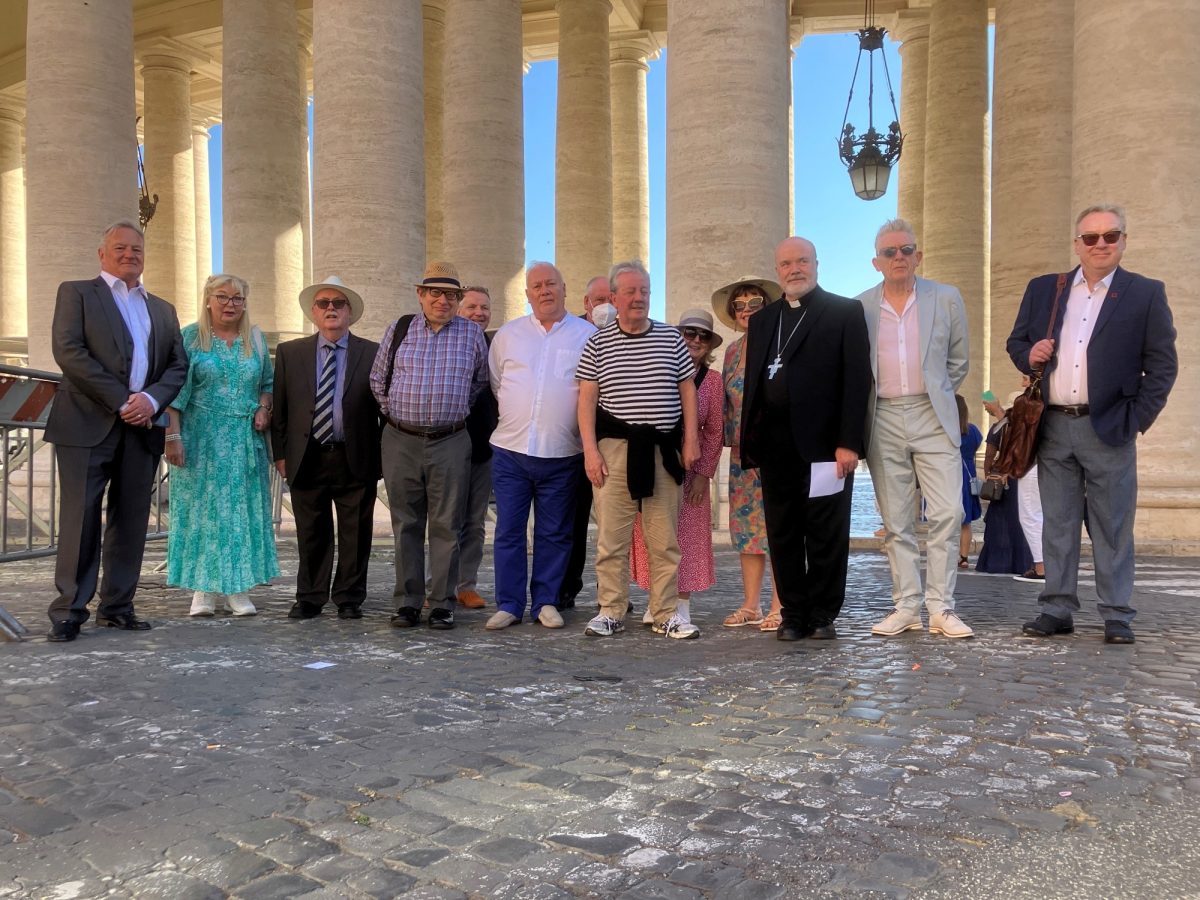 Pope Francis has joined the Bishop of Leeds in apologising to eight men who were sexually abused as young boys in the 1960s and 70s by members of the Comboni Missionaries at a West Yorkshire boarding school.

St Peter Claver College in Mirfield, where the abuse took place, operated between 1960 and 1984 as a ‘Junior Seminary’: a boarding school for boys discerning a vocation to the priesthood.

In 2014, compensation was paid to  former trainee priests who were sexually abused at St Peter’s. The Verona Fathers, who ran the college and are now known as the Comboni Missionaries, paid the men a combined total of £120,000 over the allegations which come from the 1960s and 1970s.

The survivors have never received any ‘adequate pastoral response’ in the form of an unreserved acknowledgement or apology from the Comboni Missionaries.

The Bishop of Leeds described the audience with Pope Francis as a continuation of the meeting he had with the Comboni Survivors’ Group in Leeds a year ago in June 2021. It was the first time any senior figure in the Catholic Church had acknowledged this abuse.

As St Peter Claver College had been geographically within his Diocese, and with no apology forthcoming from the Comboni Order, the Bishop took it upon himself to say sorry to the men for the ‘pain and trauma experienced … and for the spiritual suffering and emotional distress which continues to affect you to this day’.

Bede Mullen, who still lives in the Diocese of Leeds, is spokesman for the Comboni Survivors’ Group. He described the Pope as ‘visibly upset’ by what the survivors told him during Monday’s meeting and said that the Pontiff ‘… asked for forgiveness for himself and for the Church.’

“I don’t think we could have expected a better outcome,” Mr Mullen said. “The Pope said he’s immediately going to ring the superior general of the Comboni Missionaries personally and get him to engage with the survivors’ group.”

He also paid tribute to the support of the Leeds Diocese.

“We realise our journey could not have advanced without the assistance of Bishop Marcus,” he said. “We are truly blessed to have been so well supported by the Diocese of Leeds.”

Another member of the group, Mark Murray, also spoke positively of the meeting. Writing on Twitter, Mr Murray said he ‘sat with Pope Francis for one and a half hours. We talked about our abuse and about our secondary abuse; we shared our pain with him – he listened. Visibly moved, he asked for forgiveness, comparing child abuse to the sacrificing of children in ancient times.’

Reacting to the news of the meeting with the pope, a spokesperson from the Comboni Missionaries told the Universe that the Order hoped ‘the gesture of the Holy Father can alleviate some of their pain and suffering.’

“We acknowledge the harm caused by child abuse and have publicly apologised for any abuse suffered by former seminarians,” the Comboni spokesperson said.

The order’s response to the allegations was also outlined and explained.

“Senior members of the Order met survivors at their request in 2007, in 2011 and in 2013. Legal cases were then brought and hearings of the Independent Inquiry into Child Sexual Abuse (IICSA) were held,” the spokesperson said.

“It was not appropriate to meet during this period, in case it was considered we were trying to influence the legal case or the evidence being given to IICSA, or otherwise affect the process of the Inquiry. Since the IICSA hearings concluded, we have again offered further meetings with survivors.”

The Order underlined its commitment to safeguarding.

“We have been working with a respected specialist charity to provide counselling and facilitate meetings, if requested. No requests have been ignored.

“We are fully committed to ensuring the safety and welfare of all children and vulnerable people and to the Catholic Church’s national safeguarding policies and procedures in these Isles. We are aligned in England and Wales to the Catholic Safeguarding Standards Agency and the Religious Life Safeguarding Service, meeting all their requirements.”

The Catholic Safeguard Standards Agency (CSSA) said it is ‘actively engaging with’ the Comboni survivors.

Picture: The survivors with Leeds bishop Marcus Stock in Rome.