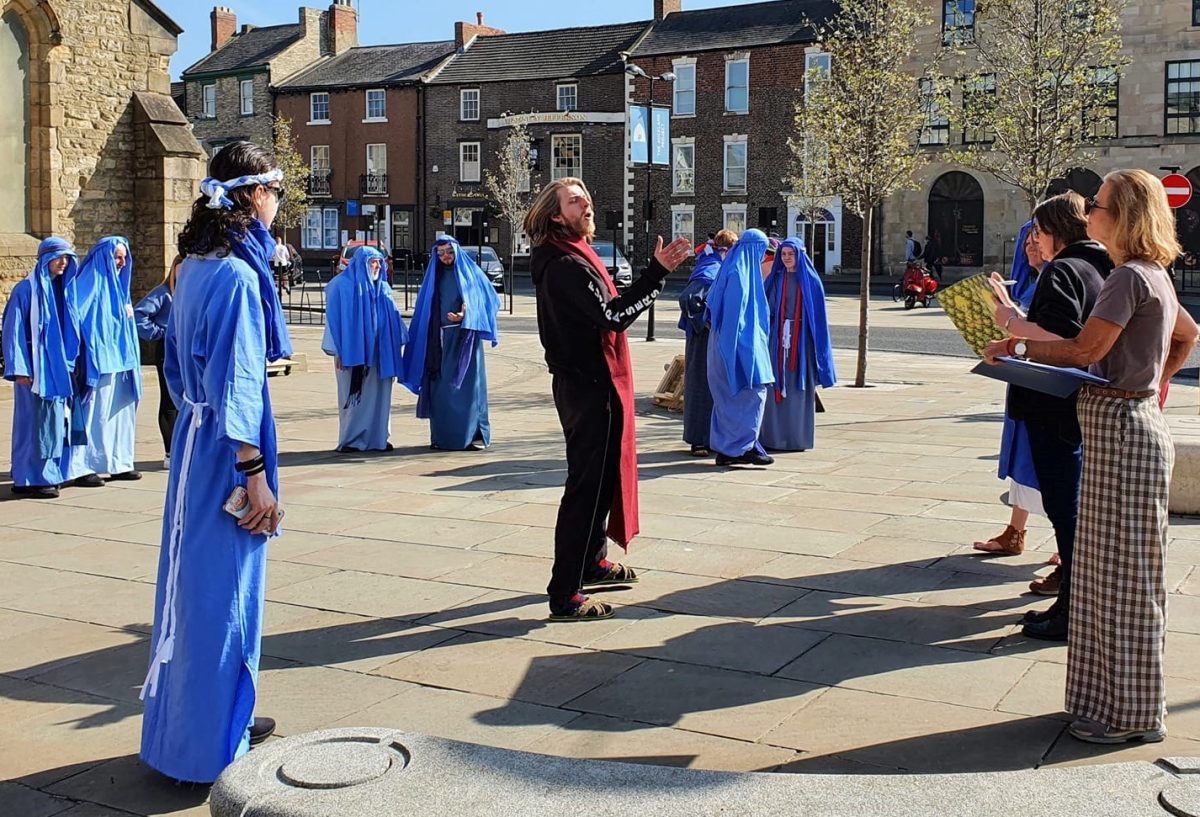 Don’t Panic, All Will Be Revealed! – The True Story of Easter was performed at 12 noon and 3pm. After four years in the planning, and various delays due to coronavirus and lockdowns, the performances finally went ahead. A cast and crew of around 80 people from across the North East brought the story to life.

The unusual title of the play was explained by Rev. Eileen Harrop, the performance producer. She said that the name referred to Jesus’ empty tomb being revealed and the real story of Easter being about more than chocolate and bunnies.

Paul Hammond, a Catholic from Washington who travelled to Bishop Auckland with his wife and five sons, told the Universe that the performance left him in tears.

“My family and I had been eagerly awaiting the passion play for 4 years and we are so glad it was able to be pulled together this year,” he said.

“I had tears in my eyes during various scenes, as I recognised my own sin and was convicted by the love of Jesus.”

Mr Hammond added that his children were moved by the acting and story.

“My boys were captivated, especially by the crucifixion scene, which they had seen before on screens, but it became more real and tangible to them when they saw it face-to-face,” he said. He added a hope that those who attended and  ‘passers-by will have been touched and prompted to discover more about Christianity.’

“It’s an amazing experience,” she said. “The journey we’ve had-it has been challenging, but it’s been so rewarding.

“We’ve got over 150 volunteers from different areas of our community – it’s not just churches. It’s been a real community engagement.”

Bishop Auckland was not the only place to host a passion play. Over 1400 people watched the Norwich Passion Play inside St Peter Mancroft church in Norwich on Holy Saturday.

Organiser Keith Morris, communications director for the Diocese of East Anglia, said: “We were overwhelmed with the response from the many hundreds who joined us, exceeding our expectations. They packed out St Peter Mancroft church for the final scene. We even had to put on an extra performance to make sure everyone got to see the dramatic final act and enjoy the music from our wonderful community choir and band, formed just for this occasion.”