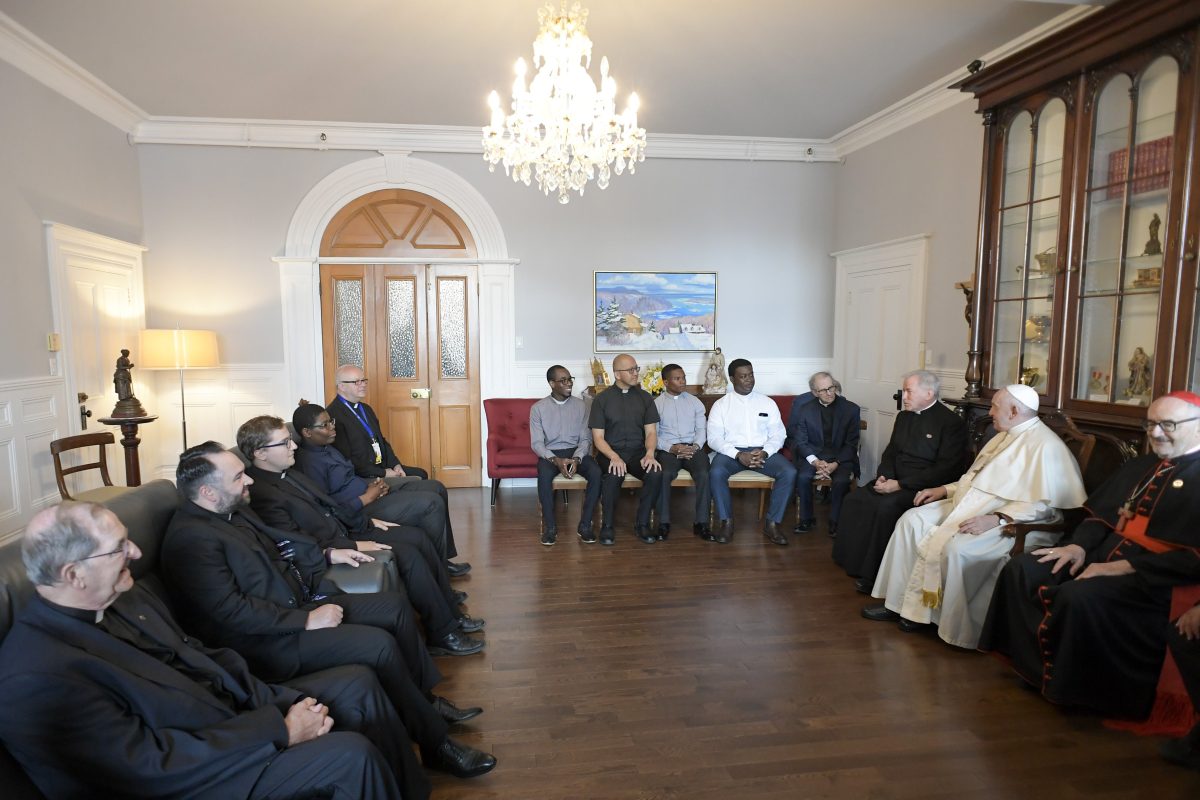 The unity of the Catholic Church’s bishops is fundamental in correcting past wrongs and in confronting challenges today, Pope Francis said.

Meeting with a group of Jesuits in Canada on 29th July, the pope said his visit was made possible by the unity of the country’s bishops in seeking reconciliation with Indigenous peoples who experienced abuse or attempts at forced assimilation at church-run residential schools.

“When an episcopate is united, then it can deal with the challenges that arise,” the pope told his Jesuit confreres. “If everything is going well, it is not because of my visit. I am just the icing on the cake. It is the bishops who have done everything with their unity.”

The pope met with 15 Jesuits from Canada during his visit to the country between 24th-29th July. As has become the practice when the pope meets Jesuits during a foreign trip, a transcript of his remarks was released later by the Jesuit journal La Civiltà Cattolica.

According to the transcript of the meeting, which was published on 4th August, the pope said that, while he witnessed the “familiarity between the bishops and Indigenous peoples,” there are still “some who work against healing and reconciliation.”

Picture: Pope Francis meets with Jesuits working in Canada during a meeting at the archbishop’s residence in Quebecon 29th July 2022. On the right is Cardinal Michael Czerny, prefect of the Dicastery for Promoting Integral Human Development. (CNS photo/Vatican Media)