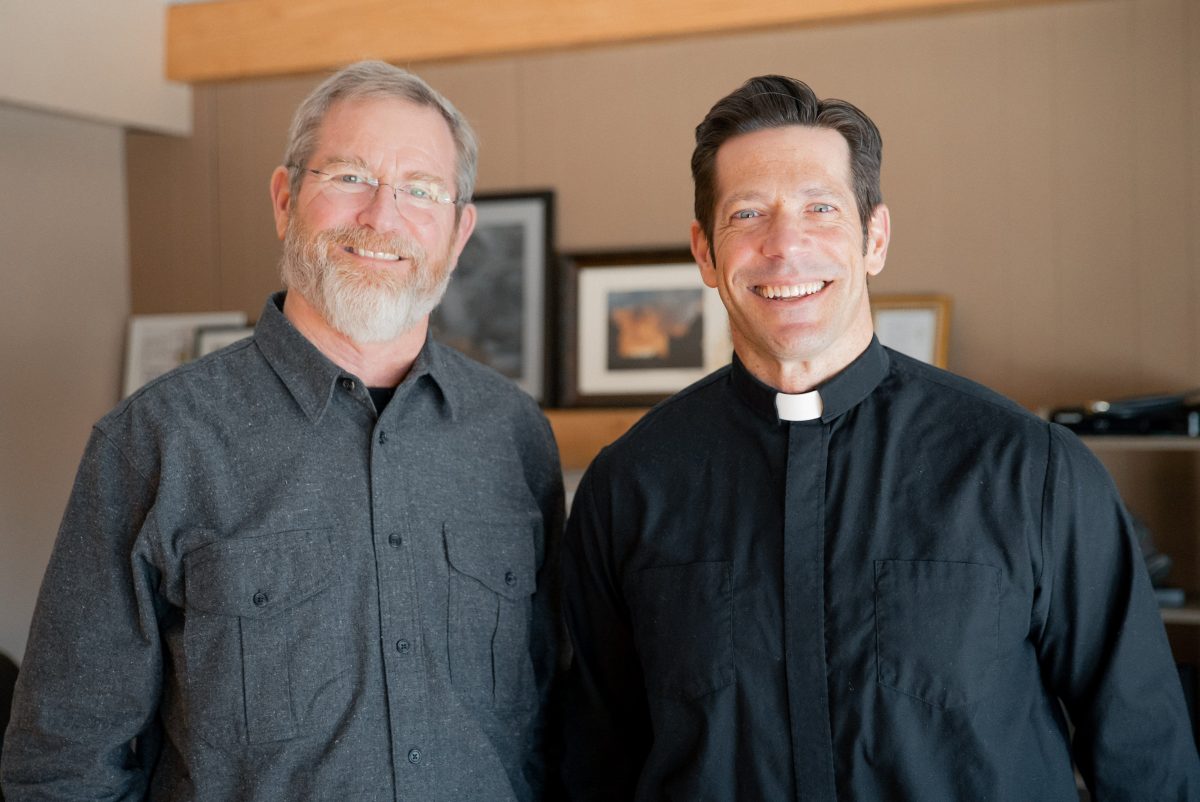 Father Mike Schmitz and Jeff Cavins of Ascension Press are the recipients of the 2022 Cardinal John P. Foley Award from the Catholic Media Association.

The Foley award recognizes demonstrated excellence and innovation in Catholic storytelling in the preceding year, with work presented on various media platforms, including, but not limited to, video, podcasts, photo spreads, blogs, or a multimedia melding of platforms. It’s one of the highest honours given by the CMA.

The announcement was made on 6th July during the 2022 Catholic Media Conference in Portland.

Father Schmitz and Cavin won the award for their joint project, “The Bible in a Year” podcast, which boasted an audience of about 450,000 daily listeners in 2021.

Father Schmitz and Cavin were not in attendance to accept the award in person.

“If you ask Father Mike and Jeff, they will say that the Holy Spirit deserves all of the credit; it is God’s story, after all,” said Lauren Joyce, Ascension’s communications and public relations specialist, in her nomination letter.

“But we humbly submit that God’s story is most powerful when Spirit-filled storytellers bring it to life and tell it anew in their own time and place.”

The late Cardinal Foley, who died in 2011, was admired for his media expertise, serving as an editor of Philadelphia’s archdiocesan newspaper, a host and producer of the “Philadelphia Catholic Hour” on WFIL radio, head of the Pontifical Council for Social Communications.

Also, for many he was known as the Vatican’s “Voice of Christmas” in his role as English-language commentator for the pope’s midnight Mass for 25 years.

Greg Erlandson, director and editor-in-chief of Catholic News Service, has called Foley an “indefatigable supporter of the Catholic press” who always “remained a journalist at heart, and he believed strongly in the importance of this professional vocation for the life of the church.”

Father Schmitz and Cavin were two of 10 finalists for the Foley award.

“The Second Vatican Council invited all Catholics to read the Bible, and yet many still struggle with understanding this ancient text and connecting it to their daily lives. In 2021, Father Mike Schmitz and Jeff Cavins vaulted this hurdle with excellence, captivating hundreds of thousands of listeners with their innovative ‘The Bible in a Year’ podcast,” said Ed Langlois, managing editor of the Catholic Sentinel, newspaper of the Archdiocese of Portland, Oregon, when he announced the Foley award winners.