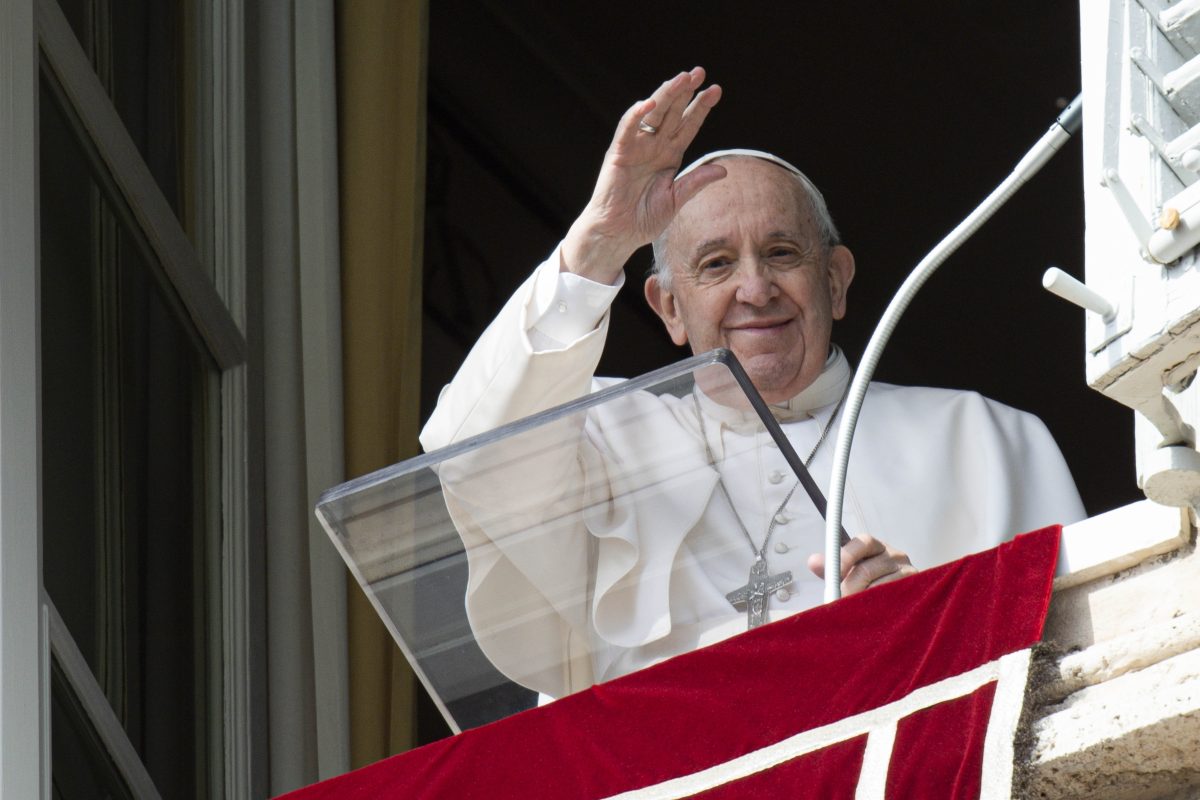 Disciples “know how to question themselves, how to humbly seek God every day,” the pope said on 13th February during his Sunday Angelus address.

With a crowd gathered in St. Peter’s Square for the midday Angelus prayer, the pope reflected on the Sunday Gospel reading from St. Luke in which Jesus delivers the sermon on the plain, which, like St. Matthew’s sermon on the mount, begins with the beatitudes.

“Indeed, the beatitudes define the identity of the disciple of Jesus,” Pope Francis said.

The beatitudes may sound strange, “almost incomprehensible to those who are not disciples,” he said.

According to the logic of the world, “happy are those who are rich,” who receive praise, are envied and feel secure, he said; but the beatitudes say that those who are poor and lack material possessions are blessed and happy.

Jesus “declares worldly success to be a failure, since it is based on a selfishness that inflates and then leaves the heart empty,” he said.

“Faced with the paradox of the beatitudes, disciples allow themselves to be challenged, aware that it is not God who must enter into our logic, but we into his,” the pope said.

“This requires a journey, sometimes wearisome, but always accompanied by joy. Because the disciple of Jesus is joyful, with the joy that comes from Jesus,” from the Lord who frees “us from the slavery of self-centeredness, breaks our locks, dissolves our hardness.”

Disciples, he said, “are those who let themselves be led by Jesus, who open their heart to Jesus, who listen to him and follow his path.”

Picture: Pope Francis greets the crowd as he leads the Angelus from the window of his studio overlooking St. Peter’s Square at the Vatican on 13th February 2022. (CNS photo/Vatican Media)