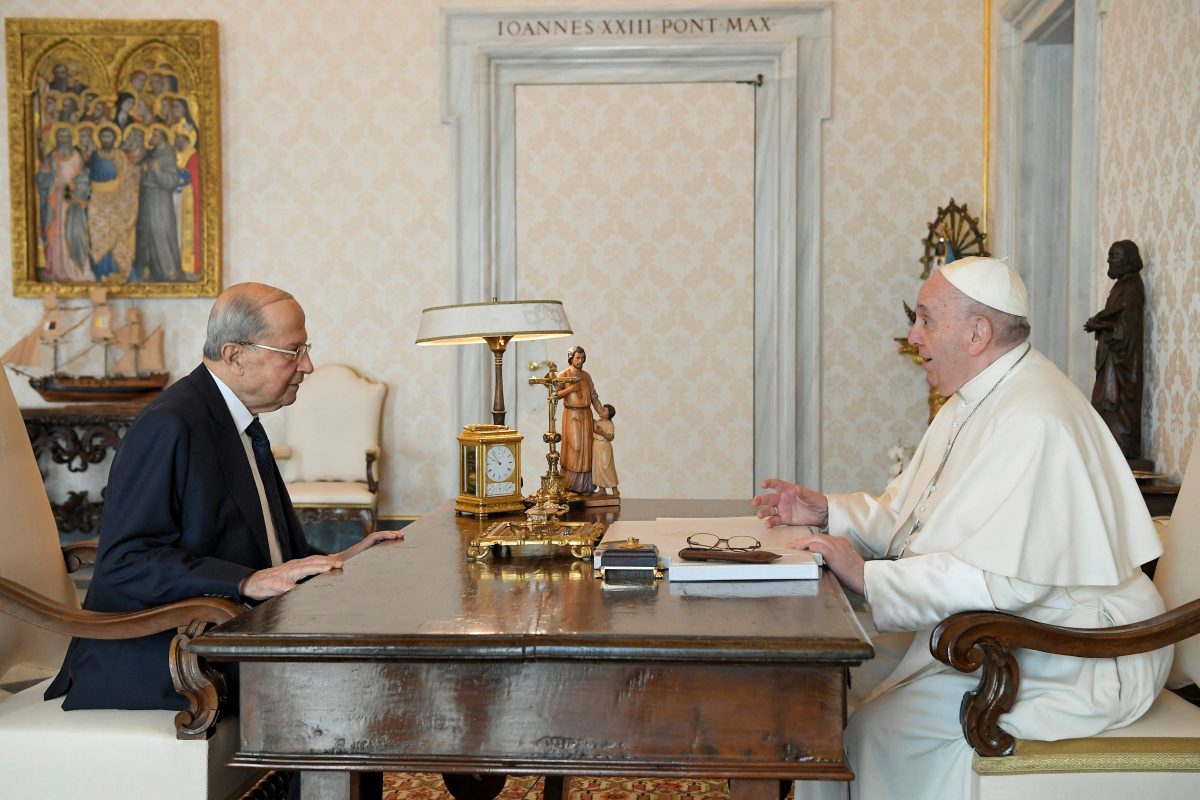 Two weeks after meeting Pope Francis at the Vatican and inviting him again to visit Lebanon, President Michel Aoun tweeted that the visit could take place as early as June.

The “Lebanese Presidency” Twitter account said, in Arabic: “President Aoun was informed by the papal ambassador that Pope Francis will visit Lebanon next June, provided that the date and program of the visit will be determined in coordination between Lebanon and the Holy See.”

Another tweet from the same account on 5th April said: “The Lebanese are awaiting the visit of Pope Francis to express their gratitude for His Holiness’ interest in Lebanon and to thank him for the initiatives he took for their country and the prayers he offered to establish peace and stability in it.”

Pope Francis had invited nine Catholic, Orthodox and Protestant leaders from Lebanon to the Vatican in July for a day of prayer and reflection on Lebanon and its religious, political, social and economic challenges.

Aoun, a Maronite Catholic, met with the pope at the Vatican on 21st March.

While the Vatican’s statement about that meeting made no mention of a possible trip, Pope Francis repeatedly has said he would like to visit the country.

And Lebanon’s national news agency, reporting on the meeting, quoted Pope Francis as having said, “Soon I will visit Lebanon. This is a decision I have made because Lebanon remains … a model for the world.”

Matteo Bruni, director of the Vatican press office, said on 5th April that a visit to Lebanon in June “is one of the hypotheses being studied.”

Picture: Pope Francis speaks with Lebanese President Michel Aoun during a private meeting at the Vatican on 21st March 2022. Aoun tweeted on 5th April that the nuncio has informed him Pope Francis is looking to visit the country in June. (CNS photo/Vatican Media via Reuters)