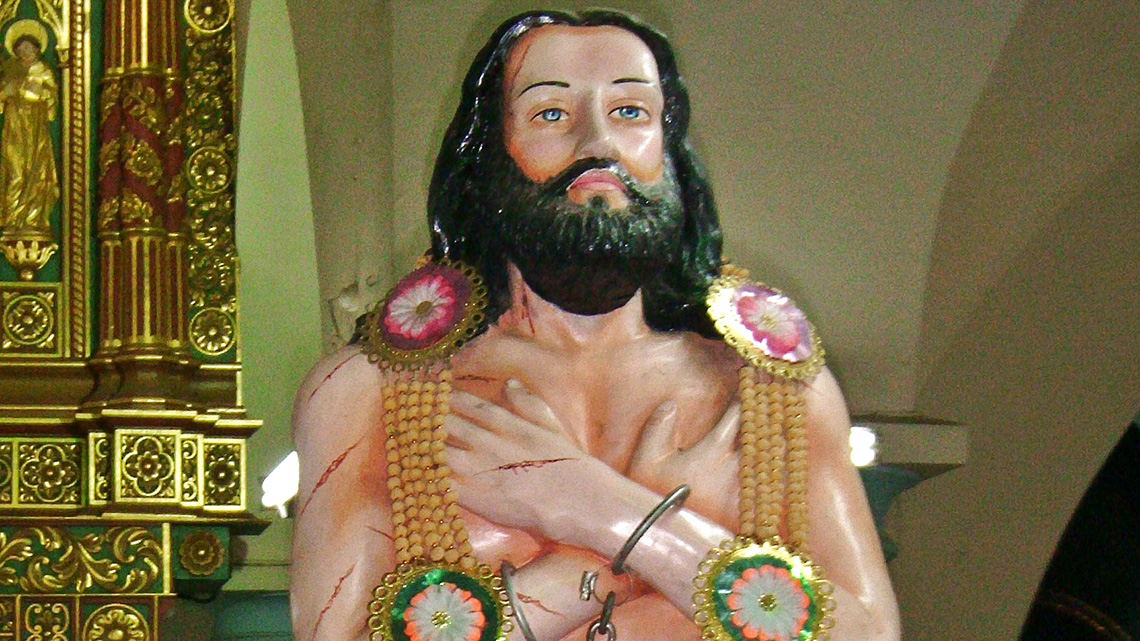 Clergy from Liverpool and India have welcomed the canonisation of an Indian saint as a ‘joyous’ moment.

Indian priest Fr. Joaquim Fernandes told the Universe of his delight at the canonisation of Blessed Lazarus, also known as Devasahayam, an 18th-century Indian martyr.

“The conferment of sainthood to Devasahayam Pillai will rejuvenate the Christian community in the country, in particular the Catholic laity in India,” he said. “It is indeed a joyous moment for the Church in India to have a layman to be declared as a saint.”

Bishop Thomas Neylon, lead Bishop for Asia for the Bishops’ Conference, also expressed his joy at the news. Blessed Lazarus was a married Hindu man who converted to Catholicism. He took the name ‘Lazarus’ or ‘Devasahayam’ in the local language, which means ‘God is my help’. He was falsely accused of  treason and espionage and stripped of his post in the royal administration. He was also imprisoned and persecuted. A Catholic for only seven years, he was shot dead in the Aralvaimozhy forest on January 14th 1752.

“Even though Blessed Lazarus lived over 200 years ago, his life has much to teach us today about how to share, how to receive, and how to live our faith in Jesus Christ,” Bishop Neylon, auxiliary bishop for Liverpool archdiocese, said.

“During his life, Blessed Lazarus experienced riches and a position of trust in the society in which he lived. He also experienced suffering, humiliation and poverty, because of his faith in Jesus Christ.”

Fr. Joaquim Fernandes highlighted the significance of the canonisation for the Church in India, paying tribute in particular to Devasahayam’s ‘strong faith in Christ.’

“He preached equality, brotherhood and fraternity and to follow the teachings of Christ,” Fr. Fernandes said.

“This saint is a crusader for the abolition of the caste system and his strong faith in Christ has empowered the laity to be relevant in the present times and give dignity to every human person. The Religious and Laity are called to be Christ- bearers to seek truth, justice and peace.”