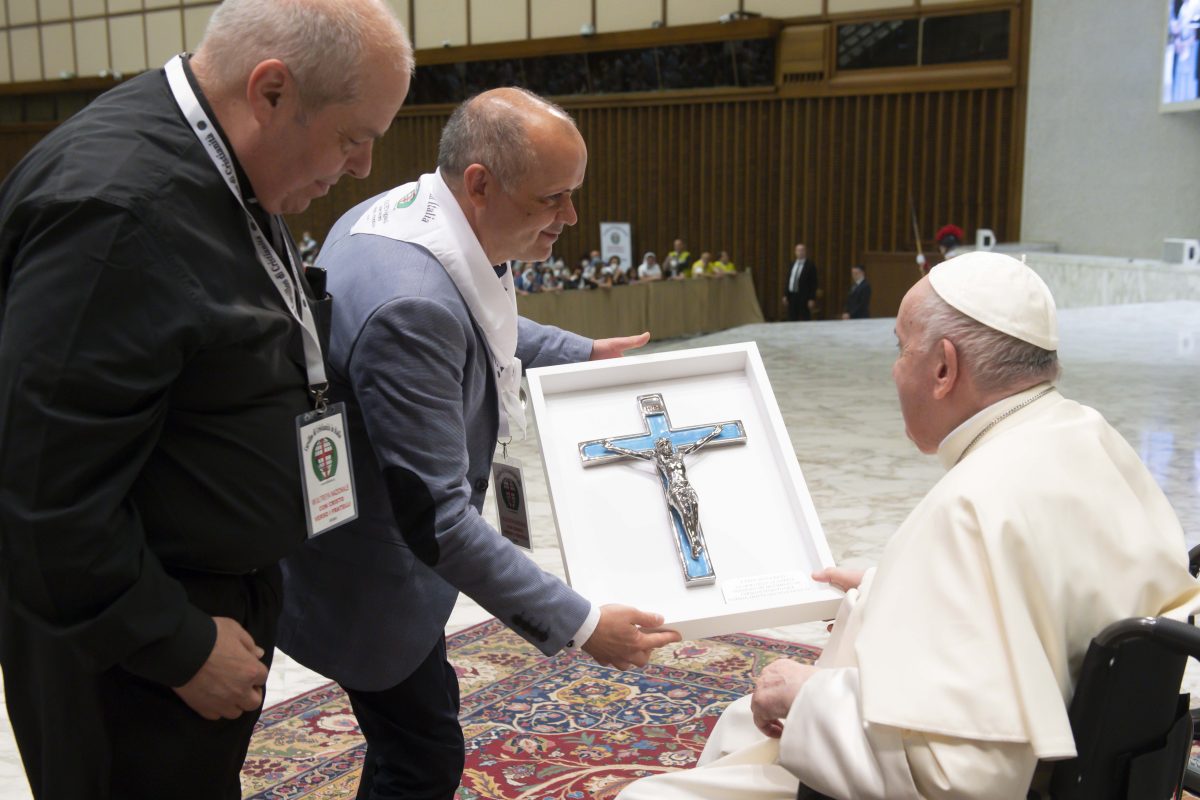 Members of the Cursillo movement are called to share their experience of faith and God’s love by building up the unity of the Catholic Church and showing others the joy of faith, Pope Francis said.

Meeting on 28th May with some 2,400 Italian members of the movement, gathered for a “National Ultreya” as they call their gatherings, Pope Francis also urged them to avoid the error other Catholic movements have made of electing and reelecting the same leaders.

“No one is eternal in authority,” the pope told them. “So many movements have died out” because of the temptation of “eternalizing offices,” keeping the same person in a given role.

A change and renewal of leadership, he said, is necessary “to counteract personal ambitions, which are inspired by the devil.”

But in his talk to the group, Pope Francis focused more on the meaning of the Spanish word “ultreya,” which means to go further or go beyond.

The Cursillo weekends and regular meetings, he said, help members go beyond “a purely horizontal, earthly and materialistic view of life” and recognise how faith in Christ can impact every part of their lives and every relationship.

Too often, he said, “out of laziness, out of inertia, out of timidness, we are quick to lose the outlook of faith and conform to the mentality of the world, which extinguishes all zeal and all desire to remain faithful to the Lord and to bring him to others.”

The experience of faith, the pope told them, should move all members toward a greater communion in their small groups, their parishes, their national Cursillo group and the church at large.

The church is “always a body” and never just individuals unconnected to each other, he said.

Communion also enriches members of a movement and of the church “with broader experiences and perspectives, which help you understand better the ecclesial and social situation in which you are immersed and which constitutes the concrete field of your mission.”

All Catholics, whether part of a movement or not, must be close to and listen to their pastors and participate in parish initiatives and projects, the pope said. “Your groups and your whole movement, in fact, are not ‘beside’ the church, but are also part of the church living in that territory.”

Members of the movement, like all Christians, also are called to be “missionary disciples,” and that requires creativity, he said.

Thinking or saying that “it has always been done this way,” he said, “is not a Christian criterion.”

Picture: Pope Francis accepts the gift of a crucifix during an audience with Italian members of the Cursillo movement at the Vatican on 28th May 2022. (CNS photo/Vatican Media)