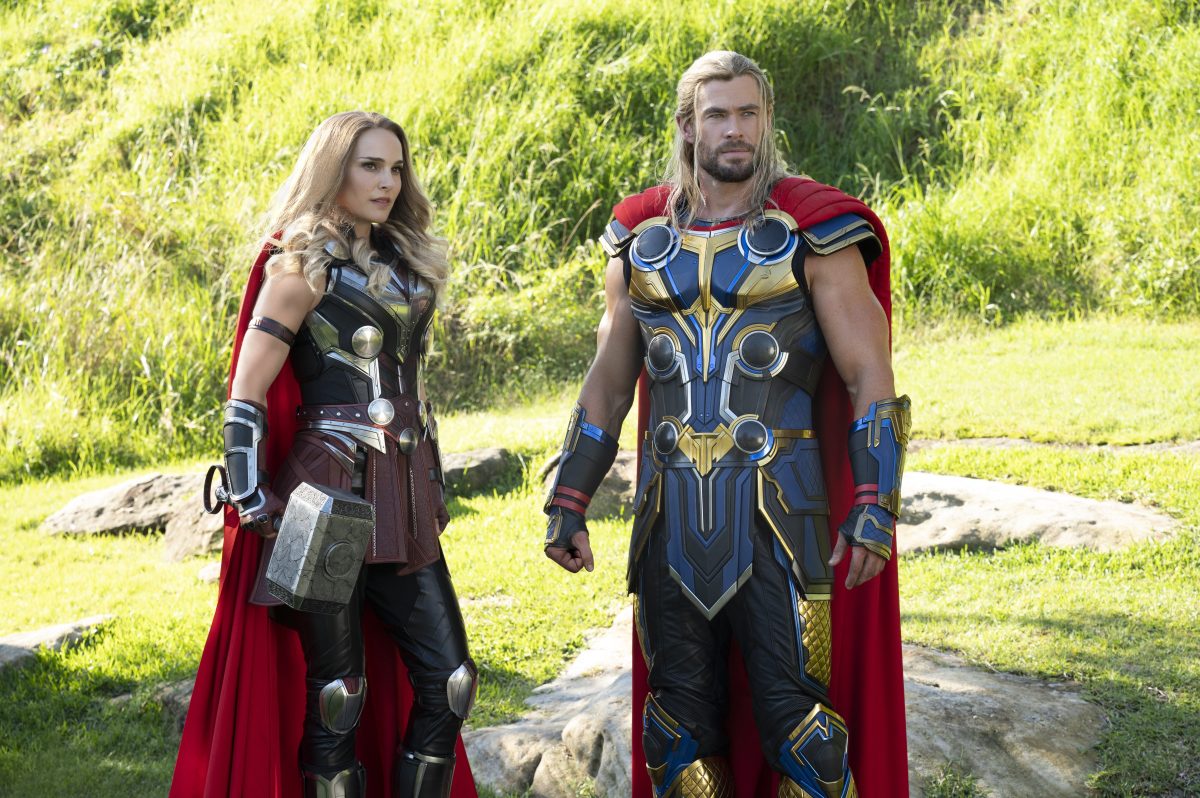 While it makes for an aesthetically satisfying extension of the saga, however, the film pushes the series’ previous boundaries in a number of ways, making it unsuitable for any but grown moviegoers.

Via the script he wrote with Jennifer Kaytin Robinson, returning director Taika Waititi, who helmed the previous outing, presents the Norse deity of the title (Chris Hemsworth) with a formidable new adversary, Gorr the God Butcher (Christian Bale).

A disillusioned former believer in the divinities of paganism, Gorr has obtained a magical sword capable of slaying them and has launched a killing spree targeting them.

In response, Thor rallies Valkyrie (Tessa Thompson), the sovereign of New Asgard, and another of his sidekicks, Korg (voice of Waititi), an anthropomorphised pile of rocks, to stop the villain. But his crusade takes an unexpected detour when he’s reunited with his true love, Jane Foster (Natalie Portman), a human astrophysicist who now turns up as his female alter ego, wielding his trademark hammer.

Thor’s romance with Jane has been hampered by his fear of commitment in the past and continues to be hobbled by his amusingly excessive emotional neediness and endless desire for affirmation. Waititi and Robinson also garner laughs with material satirising the series itself.

However, while some of the picture’s underlying values, such as exalting teamwork and the importance of enduring relationships, are straightforward enough, others range from the complex to the downright murky.

What are viewers to make, for example, of early scenes showing the futility of Gorr’s faith, depicting humans as the playthings of the gods and denying the afterlife?

If all this applies only to the imaginary immortals of the ancient world, fair enough. But is the audience meant to apply Gorr’s bitter lesson to religion more broadly? The wrap-up eventually mitigates Gorr’s nihilism-but not so decisively as to relieve moviegoers of the need to interpret his experience carefully.

Thor’s buff physique has long been both a drawing card and a subject of jokes for the franchise. Here, though, the comedy surrounding it veers briefly into bawdiness.

“I think that what is part of the fun of the journey for the audience is just the twist and the turns it takes,” he told Complex. “You think it’s going this way, and it turns this way, and the unexpected kind of on-the-edge-of-your-seat sort of nature it has is pretty fantastic.”

Hemsworth is also very positive about the A-list actors who are in the film.

“(I’m) so incredibly impressed by the list of people that Taika has been able to put together for this film,” he said.

All told, this latest visit to the Marvel Cinematic Universe cannot be endorsed even for mature teens. That’s a shame because, so long as it sticks to its real job of diverting popcorn-munching movie patrons, “Thor: Love and Thunder” succeeds quite well.